Did you know about Coach Pop’s handles?

“I don’t think that Boogie’s ever going to get back to being at that perennial all-star level. There’s also a huge concern: How is he going to handle this mentally?” – MacMahon

“Having to go back into the rehabilitation process all over again, that’s a tough to really kind of motivate yourself, especially as you go into your 30s” – Young

How big of a loss is Boogie for Lakers? 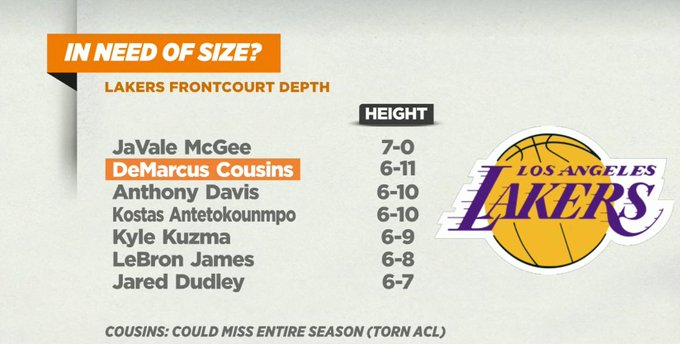 “It’s a significant loss. There’s going be a lot put on LeBron and AD. It’s probably going to require somewhat of a positional change for Davis. In terms of the 82 game schedule, load management, time management however they want to handle this, it’s a pretty big loss. To not have that anymore makes them look a lot thinner than they were” – Young

“This changes the moves they have to make because the Lakers don’t have a lot of ammunition, they don’t have things to trade” – Windhorst

MacMahon: Joakim Noah
“You don’t have to worry about, ‘Will he embrace his role.’ He’s a role player and he understands that. With Dwight, it’s the ‘Eighth annual Dwight Howard I figured it out’ summer”

Young: Joakim Noah
“There’s going to be baggage with Dwight. Noah is a much better fit both on the floor and off the floor”

“The Lakers would be insane to bring in Dwight Howard. They need a live body who can give them energy” – Windhorst

Should Lakers keep a roster spot open for Iguodala?

“It feels very predetermined that the Lakers are going to get Iguodala. If you want to get him, you have to kind of seize that opportunity when it’s there” – Young

“Iguodala would be great for them, but I just don’t know if that’s where he’s going to go. They may have to cut Boogie to get the roster spot” – Windhorst

Is this the next signature move in the NBA?

Fair for Greece to expect even more from Giannis?
Scored 20 points in an exhibition game vs Serbia; they lost the game

“They’re going to have to. There’s not a whole lot of talent on that roster” – Young

“Greece will be an issue for the US” – Windhorst

“Serbia. They have a lot more legitimate NBA talent on that Serbian roster, whereas with Greece it’s the Giannis show” – MacMahon

“Serbia. They may have the best team overall” – Young

“I don’t know if Serbia has the best team, but they have the most chemistry” – Windhorst

How are Thunder fans handling loss of Russ & PG-13? 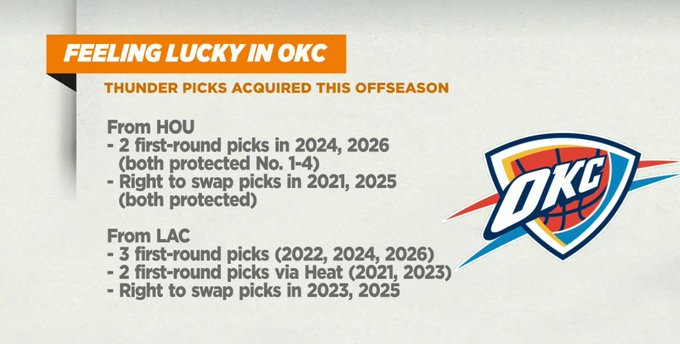 Expectations for CP3 in OKC this season?

“He’ll be motivated to play well because what he wants is to play somewhere else. And in order for him to get to that somewhere else, he’s got to restore his reputation both on and off the floor and stay healthy” – Young

“Thunder are more likely to hold onto Chris Paul than they are to give up a [first round] pick to get rid of him. The Thunder are not rebuilding yet” – Young

“Here is what executives expect to happen: They expect the Thunder to put out a message that they’re not looking to trade CP3 and that they want him there and part of their unit and work with the young guys because they don’t want anybody to think they’re panicked trying to trade him. They want to hope that somebody has something happen where they need Chris Paul” – Windhorst

“He needs to play a lot of Center anyway. I really don’t understand the hesitation” – MacMahon

“It’s hard to play Center in the NBA. It’s bruising. There’s a reason why he doesn’t want to play it. I do think when the playoffs come around, he will play it. A replacement level Center is what they need to look at” – Windhorst

“The list itself is not all that shocking” – Young

“I am surprised” – MacMahon

Who’s your bet for Rookie of the Year?

“Zion Williamson. He will be battling against the beast of our expectations. We are going to be expecting something from him every single night, whether it’s a highlight or a double-double” – Young

“This reeks of jealousy to me. There’s been so much conversation and hype about Zion. He’s one of the most likeable rookies” – Young

“Maybe they feel like there’s not a lot of room for growth in Zion’s game. To get 5 percent of the vote, that’s pretty shocking” – MacMahon

“When you shoot 39 threes, make 18 of them and you have 30 assists for the game, Coach has to be pretty happy”

And it was a chance conversation with a student that sparked it all (via @TheUndefeated):pic.twitter.com/LJyrFV0TKY

“This is one of the coolest stories of the summer” – Young

Who will be last player cut on Team USA? 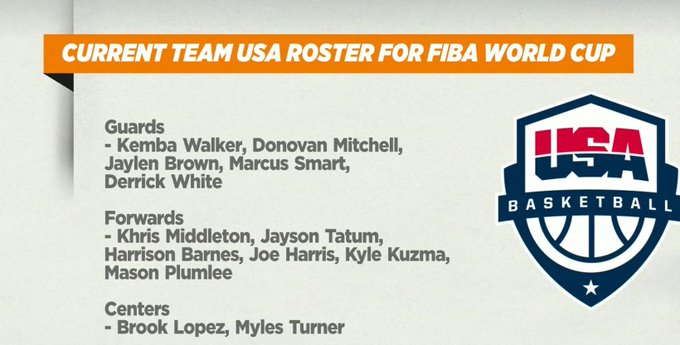 J.J. Barea signed a one-year veteran’s minimum deal with the Mavs today, he said. Barea, who is recovering from a ruptured Achilles tendon, expects to be cleared to fully participate in training camp.

“He is so valuable for the locker room and the culture. He is the one vet that Luka Doncic has the best relationship with” – MacMahon