Why won’t anyone dap up Norman Powell?

Dime but no dap 😂 pic.twitter.com/0z1nkCVXWW

Westbrook on playing with James Harden and Rockets GM, Daryl Morey on how the organization plans to make the MVP pairing work:

“Mike D’Antoni is the guy who can make this work. But Russ probably has to do the most adapting” – Youngmisuk

“James Harden will still be the focal point of that offense. I don’t want to count him out of the [MVP] conversation because he has been that good the last several years. Most likely they cancel each other out [for MVP]. I would look elsewhere if I was going to make a prediction on the MVP” – McMenamin

Surprised some of J. Cole’s buckets were assisted?

Does a 97-year-old have better handles than you?

97 years old and still can handle the rock 🏀 (via @paulkuo) pic.twitter.com/08cHCZ4cFQ

Pelicans have 5 former Blue Devils on their team

NBA player most likely to pull this in a game?

This is the most insane in-game dunk I’ve ever seen!! UNDER BOTH LEGS!! 🔥😱🔥 @tiphoops 🎥: @freeEGB pic.twitter.com/Joc4SLuHsd 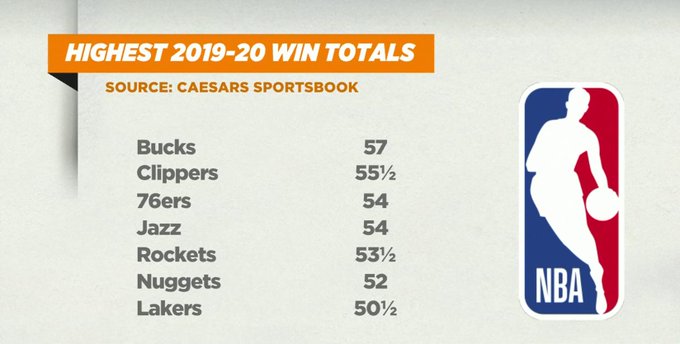 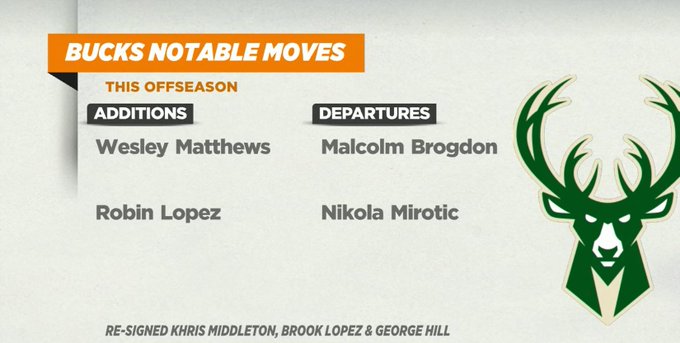 Youngmisuk: Over
“They have the best team around Giannis in the Eastern Conference. The teams with the continuity, this is where they can take advantage [based on all the movement]”

McMenamin: Over
“Giannis is going to get better. They have the reigning MVP. Kyle Korver will help all those players learn how to play the game”

Sedano: Over
“They can still win less games than last year and still be over” 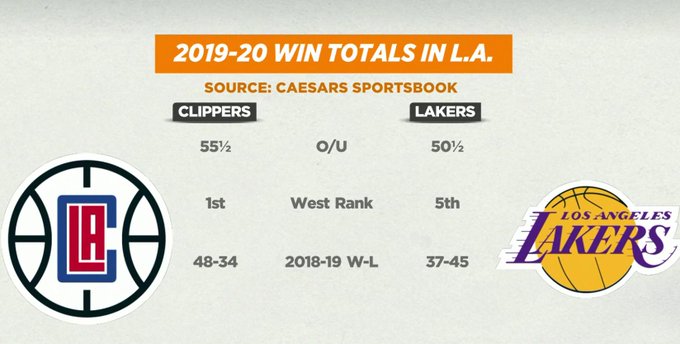 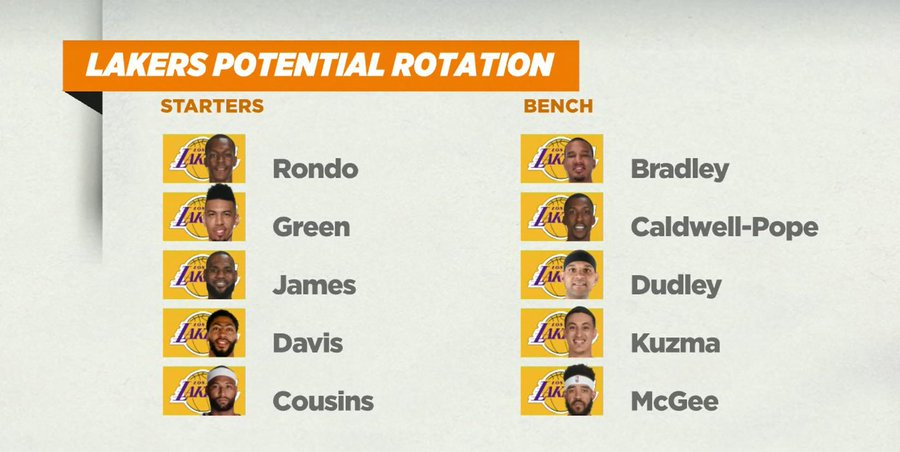 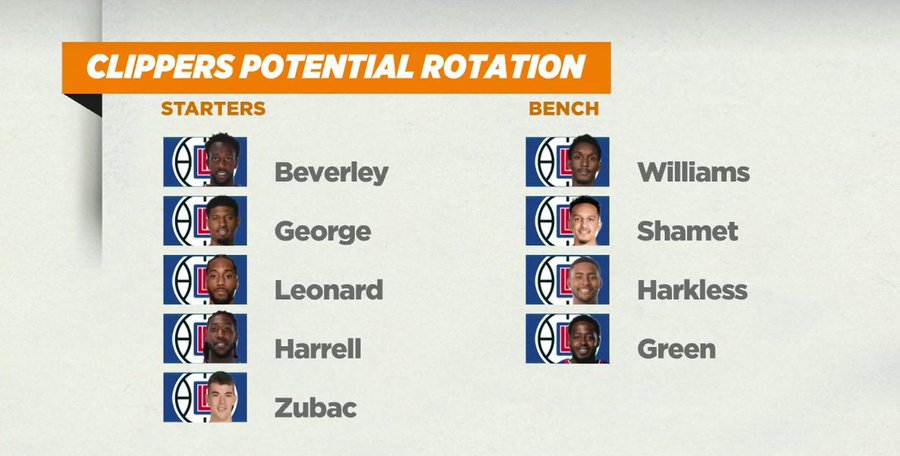 “If everything went totally right for them, I can see that being a fair number. Both PG and Kawhi will be handled with kid gloves because they want to make a deep postseason run” – McMenamin

“In the postseason, if LeBron and AD are healthy, I would favor them in a series against the Clippers” – Sedano

Best bet to hit the over?

“Portland Trail Blazers. They’re the team every year gets counted out, certainly in the last 3-4 years. They made that deep postseason run. Damian Lillard could be set up to have an MVP type of season. 46 wins seems low to me” – McMenamin
Blazers: O/U 46

“Denver Nuggets. They know what it takes now, they’re no longer inexperienced. They’ll win over than 52 games” – Youngmisuk
Nuggets: O/U 52

“Nuggets are still in ‘prove it’ mode” – Sedano

“New York Knicks too. They’ll win over than 26 games because I believe in David Fizdale and they got a lot hard working guys that want to prove something” – Youngmisuk

Best bet to hit the under? 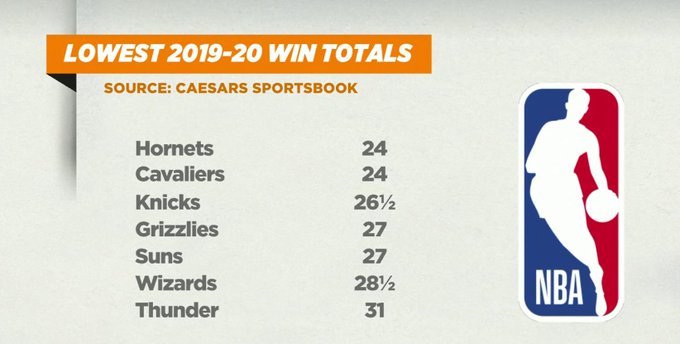 “Toronto Raptors. I know how good they actually are without Kawhi Leonard. But they are one significant injury, or one Kyle Lowry injury away from not being a playoff team” – Youngmisuk
Raptors: O/U 46.5

“Charlotte Hornets. 24 wins is not low enough. They’re going to get beat up by a lot of teams” – McMenamin
Hornets: O/U 24

“I want to be the face of something global that’s bigger than just the U.S.” – R.J. Hampton

“I want to be the face of something global that’s bigger than just the US.”
— @RJHampton14https://t.co/FhCTT2Rg7R pic.twitter.com/7XmfiCZRnc 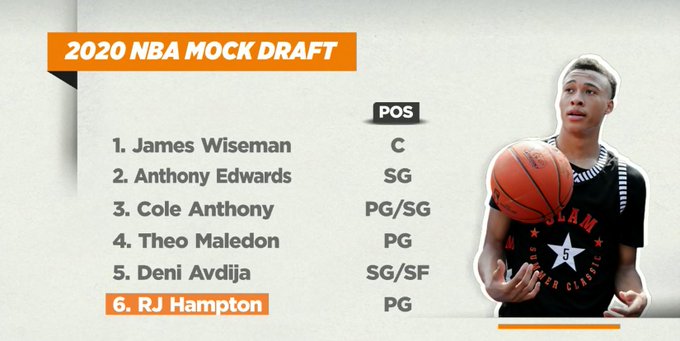 “He’s signing a 5-year deal [in New Zealand] that would make him a top 4 highest paid in this year’s draft. His deal is the biggest Chinese shoe deal for a rookie ever” – DePaula

When can we expect Zion’s 1st signature J’s? 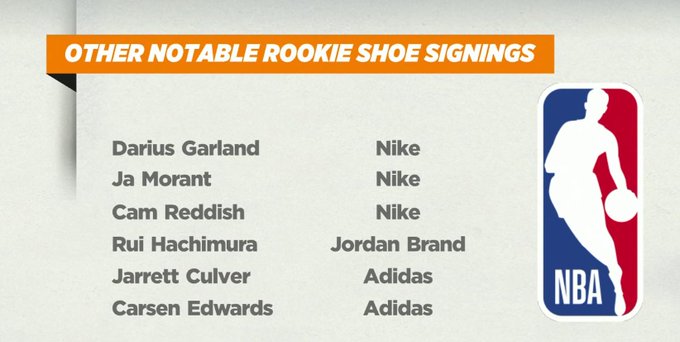 Tacko Thursday
Are you ready for the Tacko Fall experience?

"Our goal is to build a facility that re-sets fans’ expectations while having a transformative impact on the city we will call home.” – @Steven_Ballmer pic.twitter.com/PwQeyNcUDi

“At the very first moment allowed, we are going to offer Brad the full max extension” – Tommy Sheppard (Wizards GM) 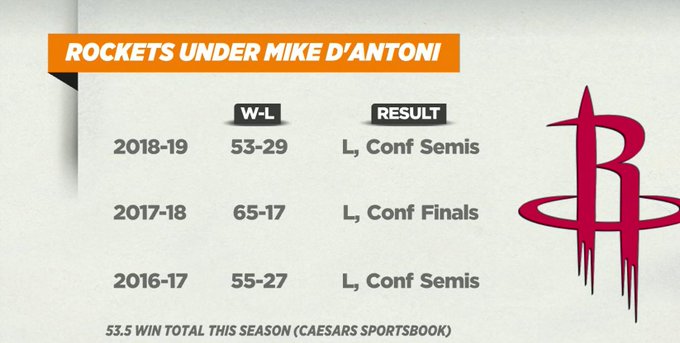