Zion withdraws from USA Basketball’s select team (Via The Athletic)

“It’s a smart move. He needs to get his body right for the NBA regular season” – Sedano

“He should be a part of USA basketball’s future” – McMenamin 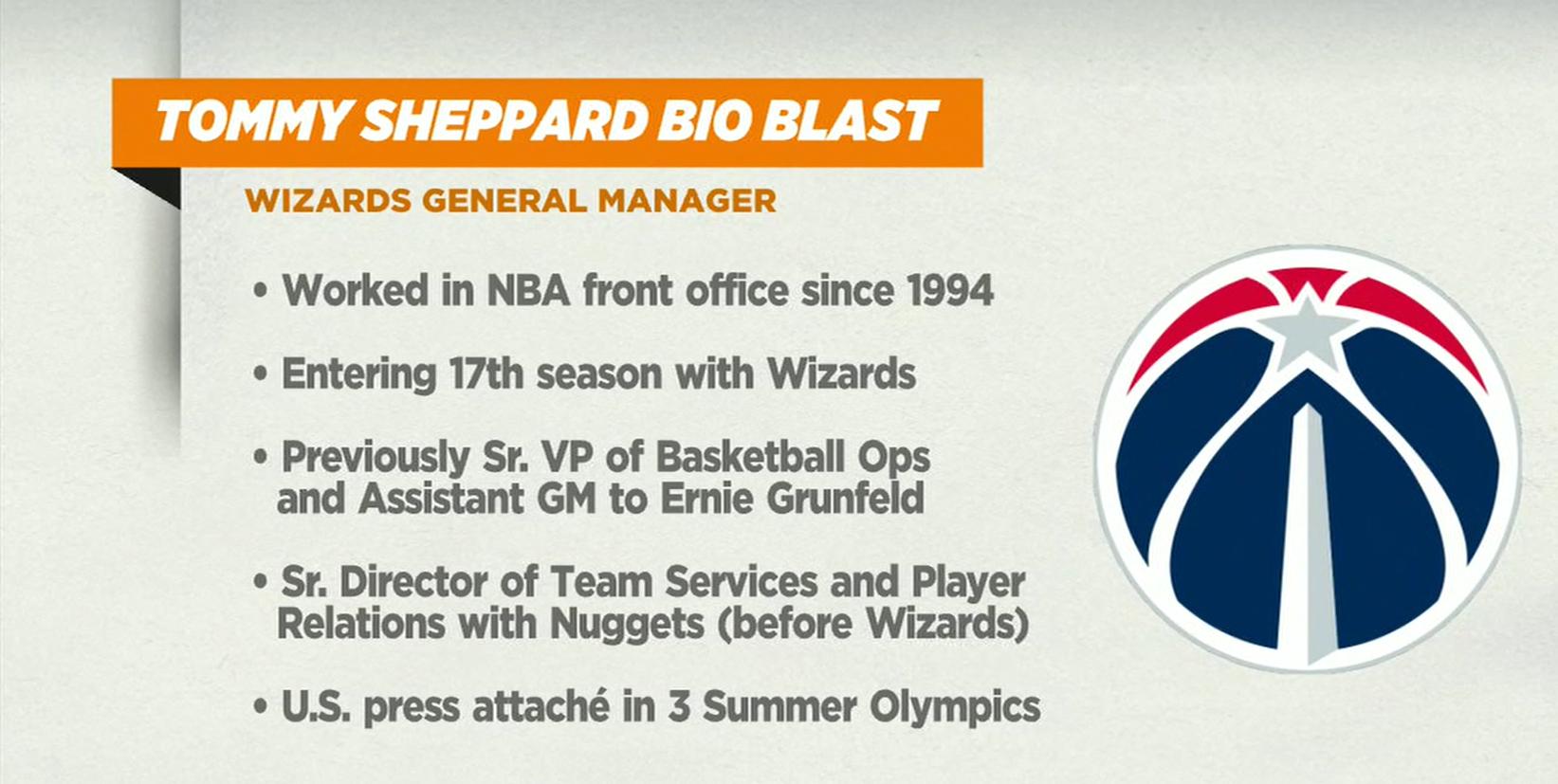 What did it take to convince owner Ted Leonsis to promote you?

How will Wizards new front office structure make a difference? 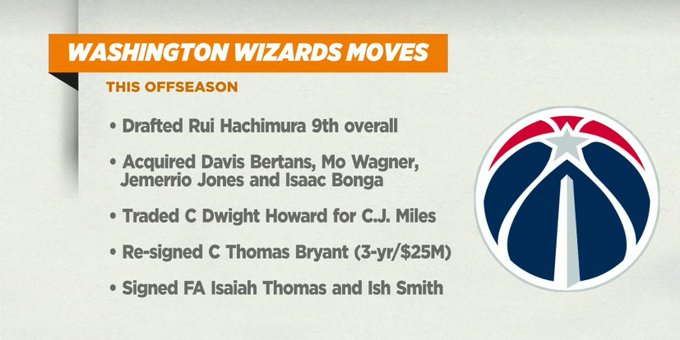 “I do like the Sashi Brown hiring. He is kind of the Sam Hinkie of the NFL which leads me to believe a real rebuild is coming whether that includes Bradley Beal, John Wall or not. If I’m the guys on this roster, I’m like, ‘Do I really want to hitch my wagon to these guys?'” – Sedano

“One current NBA GM told me Sashi Brown is ‘brillant.’ Another current NBA GM said he was ‘super intelligent.’ If he has that reputation for maybe making the moves that fans might not necessarily appreciate but people in that role in the front office in professional sports have seen and respected that there’s something to it” – McMenamin

Stefanie Dolson calls out Natalie Achonwa for flopping at halftime

“If she felt that way, go get it. Keep it one hundred every single time” – Sedano

Would you mosh with Shaq?

Just walked into @tomorrowland and it’s at 10/10 @Modestep @SHAQ pic.twitter.com/jqhRoLEdIQ

“I would because he understands that he’s Shaq” – Sedano

Should Celtics be happy about Kanter taking Tacko under his wing?

“Teach him how to troll” – McMenamin 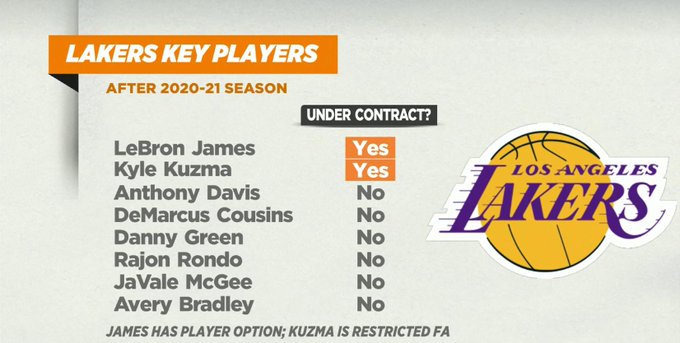 “They always do business this way. This is absolutely a sign” – Sedano

AD on playing for Bulls one day: “I’d definitely consider it” 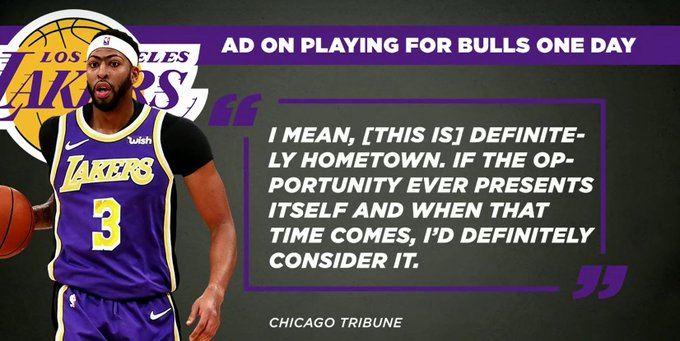 “He wanted to play with LeBron James. The actual Chicago part, I’m not buying.” – Sedano

Harden said he is “good” with Chris Paul.
“Obviously as teammates, as competitors, we argued on the court. … The negative media stuff, it wasn’t true. … Me and Chris had constant communication.” #Rockets #Thunder #NBA pic.twitter.com/UvkyRpKFbt

“At a certain point, you become adults and you realize that you tried it for 2 years, it didn’t work, it doesn’t mean that guys don’t fight in the locker room or in public. We do see that all the time. They’re good personally. On the court, I don’t think they’re good” – Sedano

“They’re not good. If they were good, you’d run it back” – McMenamin

Harden on new move: “Gonna look like a travel but it’s not”

"In the NBA, especially the highest level of basketball, you gotta find ways to get better every single year … this year I'm gonna come up with something more creative."

James Harden says his step back isn't a travel. pic.twitter.com/h9bOEyL6m8

“He believes it. It’s real talk for him. He knows what types of calls he gets from the NBA referees. He will fully expect to get the benefit of the calls and operate how he does” – McMenamin

“If they’re not willing to call it, then that’s on the refs it’s not on him. Of course it’s going to be a travel” – Sedano

Bobby Portis on Knicks making playoffs: “For sure” 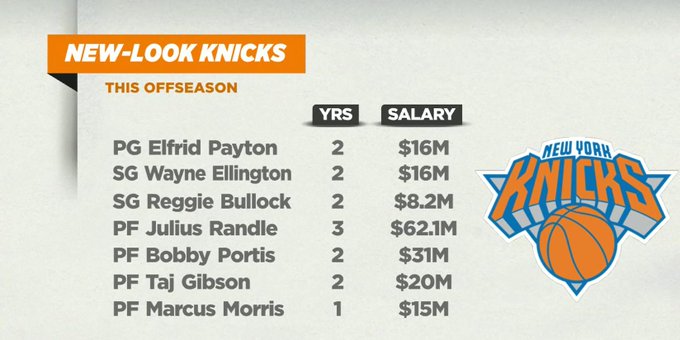 “Maybe in the G-League. They’re not making it in the NBA” – Sedano

What should Bradley Beal do now? 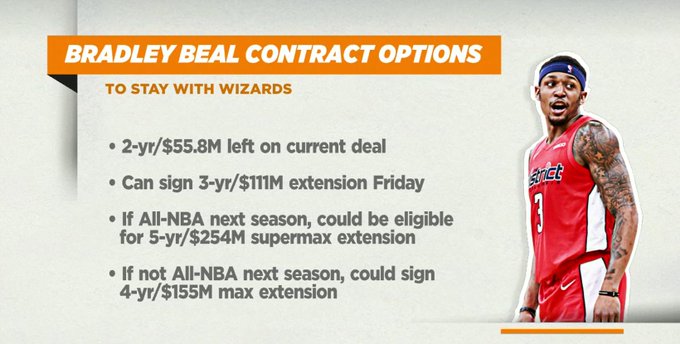 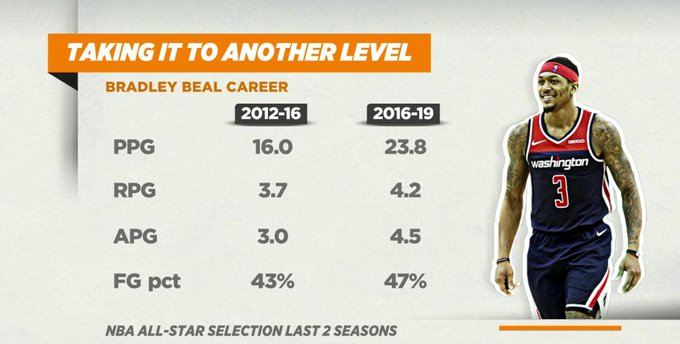 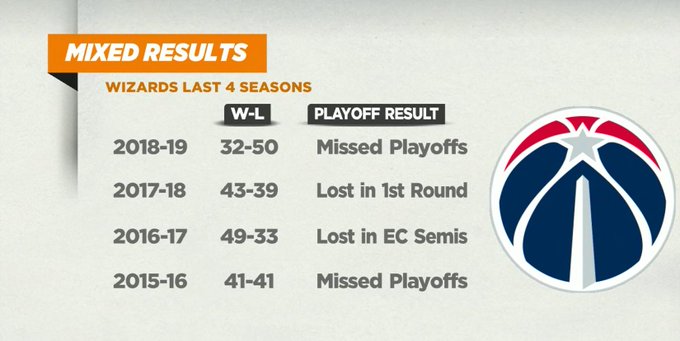 “He should turn down the deal. It makes sense just because he’s going to be free agent in 2 years anyway If he says no, I would look to start the process right away” – Sedano

Should Team USA be concerned about number of NBA players dropping out? 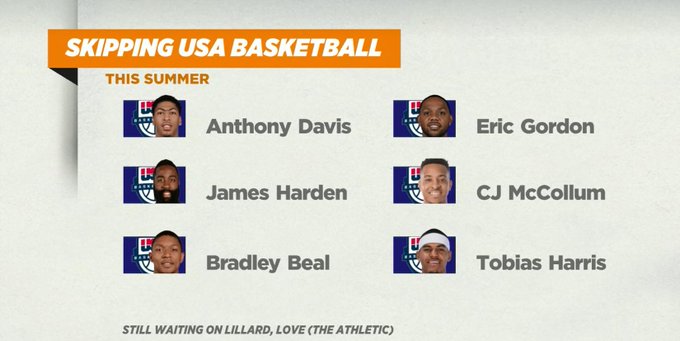 .@tobias31 will continue to focus on preparing for the upcoming #Sixers season and as such, will not participate with USA Basketball this summer.

“Mildly. It’s great for your offcourt endorsements. USA basketball is huge in China. The good thing is that USA basketball still has reams and reams of talent to have in their place” – McMenamin

Bonus: Which NBA player would you most like to play in the Drew this summer?

The Buck stops here?
Kyle Korver agrees to one-year deal $2.6M) with Bucks (Per Woj)
His final two teams were the Bucks and the Sixers, but his history and relationship with coach Mike Budenholzer played a significant role in his ultimate choice

Too much pressure on Kuz to be part of Lakers “Big 3”?

Y’all got me out here looking flufffy. But this is dope tho 🙏🏽😎😂😂 https://t.co/uknrQDBguT 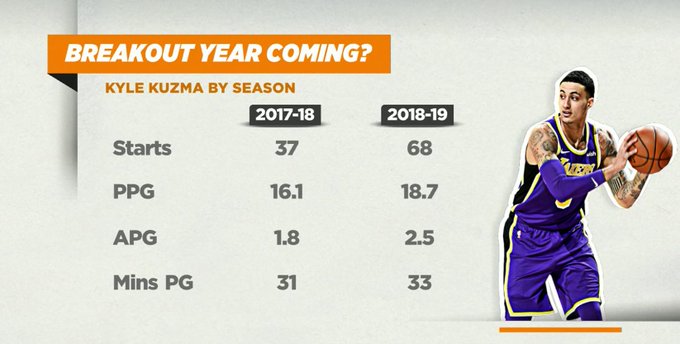