Does KAT need to save energy for the season?

Monologue: No one has all the power all the time

How should CP3 approach this season in OKC? 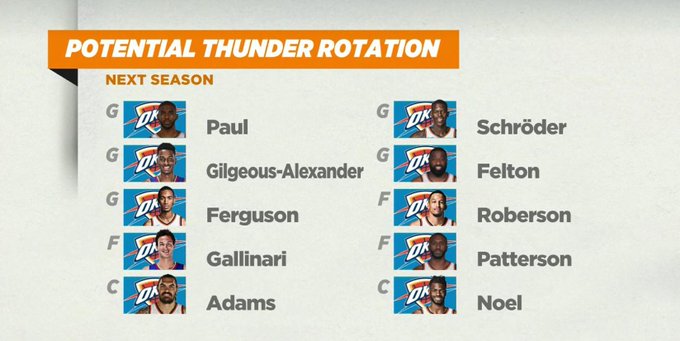 “Let’s be honest: the power is really directly correlated to the production and he no longer produces like a superstar. Because of that, with that contract, there’s just not that much of a market for him in terms of teams lining up to trade for him. The best thing for him is try to boost some of his trade value” – MacMahon

“He can still potentially be Chris Paul. The issue is: Can he stay healthy enough for an entire season? He does have to be a pro’s pro because he is the president of the NBPA” – Sedano

“He has a history there, he knows about being in that city, the people there do like him, it’s still not what he pictured for this point in his career” – Nichols

“Chris Paul wielding his power as president of the players union has diminished his power in terms of being able to influence where he plays now because he was able to get that fourth season at $40 something odd million dollars and that drastically reduces not just his trade value, but the fact that Oklahoma City probably would have to give up a pick or picks to move the deal” – MacMahon

Realistic expectations for KD when he returns? 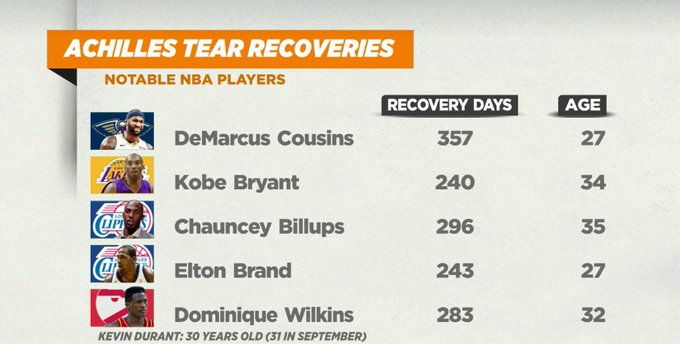 “If he comes back at 80-85 percent, he’s still like a top 10 player in the league, top 15 at worst. But the expectations are to still win a championship” – Sedano

“If he comes back and is not as explosive and loses some athleticism, he is still a historically elite 7 foot shooter” – MacMahon

JJ Redick admits he has a burner account
Burner account name: “Samuel Johnson”, per his podcast on The Ringer. It has since be deactivated. He only used for the busy free agency and trade season

How should Marcus Smart feel about this?

Which young duo will rise to elite status next? 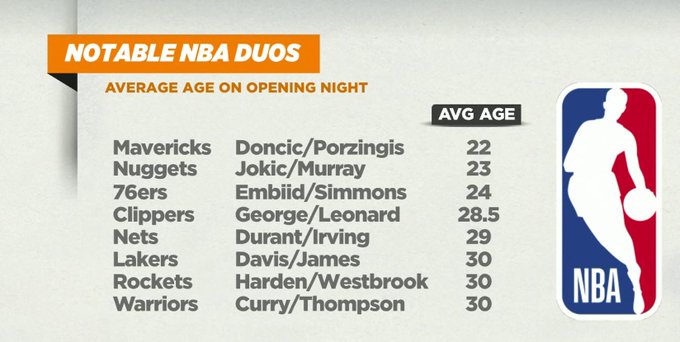 “Doncic/Porzingis. The Mavericks certainly are optimistic that this is kind of the duo that has next. They definitely feel like these are championship pillars that they can build around” – MacMahon

“Jokic/Murray. Jokic is real MVP candidate. Denver’s a team that could end up being the 1 seed in the West. They’ve got actual chemistry, synergy and continuity” – Sedano

KAT: “Fun for me to have a coach that lets me use all my talent” (Via Cory Hepola/WCCO)

How much better can KAT get?

“I appreciate his confidence in his coach, but he needs to coach a playoff game before we start declaring that the best coaching staff in the NBA. That’s a little strong” – MacMahon

Will Kemba be a better player in Boston?
Jalen Rose on ‘Get Up!’ says Kemba could even be better this season

“PGs who are on board with Brad Stevens tend to do very well in his offense. He’s in the best situation in terms of coach, system and talent around him that he’s been in his career” – MacMahon

“I think Kemba has a very similar skillset to Kyrie, maybe not as talented as Kyrie but maybe a little more adept to coaching in this situation. He’ll be way more efficient because he’s got better players around him” – Sedano

Dwyane Wade a guest judge on NBC’s “America’s Got Talent” with his wife, Gabrielle Union! 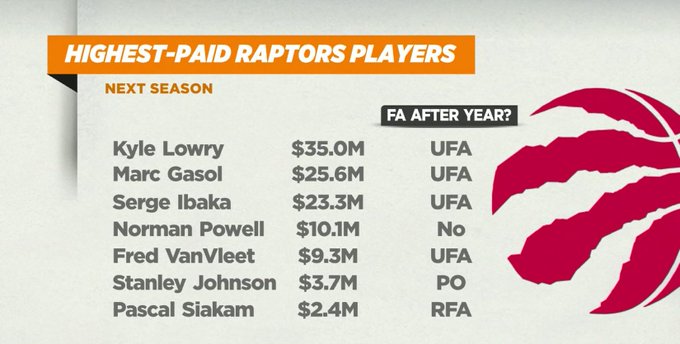 MacMahon: Pay
“This is a guy who is a blossoming star. That’s the guy you’re building around” 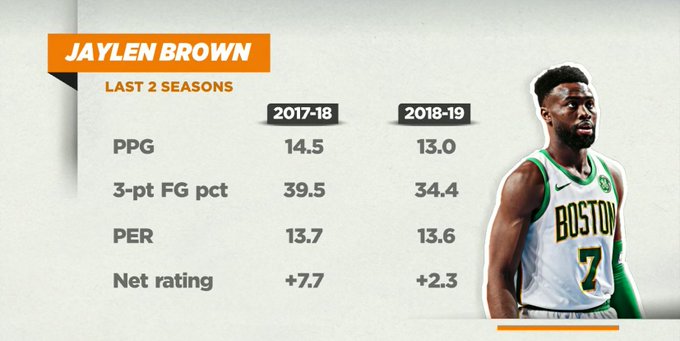 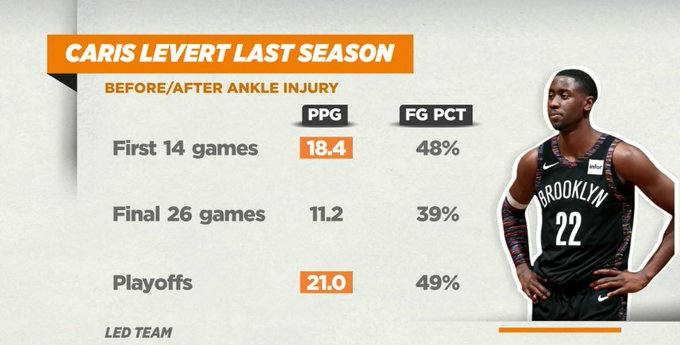 Sedano: Pay
“You have a window with KD and Kyrie. He’s a complete player. He could be the third player on a championship team”

MacMahon: Delay
“He does have a pretty significant injury history”

Sedano: Delay
“Just based on the medical situation. Let it play out for at least a year and see what happens from there”

MacMahon: Delay
“Nevermind the medicals. We have not seen him play at the level that we anticipated given his potential for a long stretch, certainly not for a full season. I want to see that before I pay him” 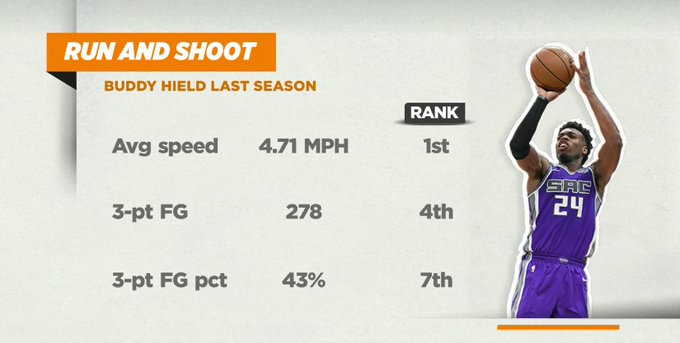 Sedano: Pay
“You’ve got a guy that’s still clearly ascending. Offensively, he is a really good player right now. If he works on his defense, he can be a real cornerstone for a team”

MacMahon: Pay (or trade him)

Splash Mountains?
Bucks GM (Jon Horst): “We’re going to find out” if Robin Lopez can shoot (Via The Athletic)
Robin made a career-high seven threes last season in Chicago

“This is realistic” – MacMahon

Have faith that Russ-Harden duo will work?

James Harden was in front of a group of kids in Houston and says he’ll be working on a new move this summer! Says this new move will: “Look like a travel, but it’s not” 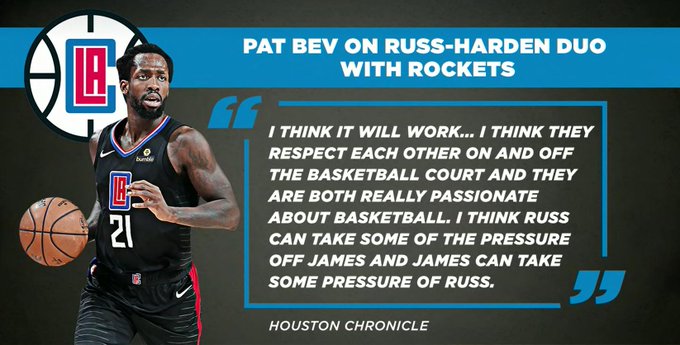 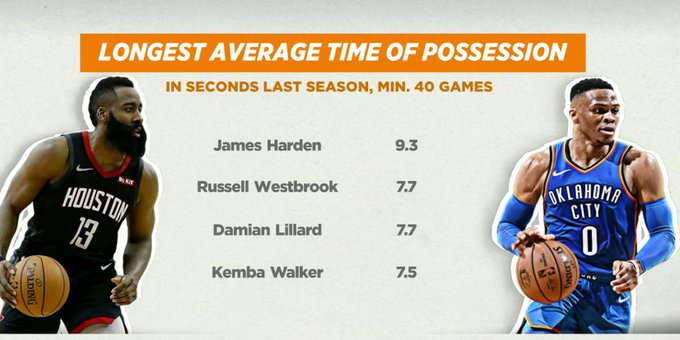 Happy to report on another female coaching hire in the NBA. The Sacramento Kings are hiring @Lindsey_Harding as an assistant coach. The former Duke and WNBA star has been in player development with the 76ers most recently.