Is Kawhi in Toronto???

The MLSE plane has landed in Toronto and someone is here 👀👀
.
(Via: @CP24) pic.twitter.com/LtM5es1rnn

Markieff Morris is signing a two-year deal with the #Pistons, a league source tells ESPN.

As fans wait for Kawhi to make a decision, it feels like you’re living in: 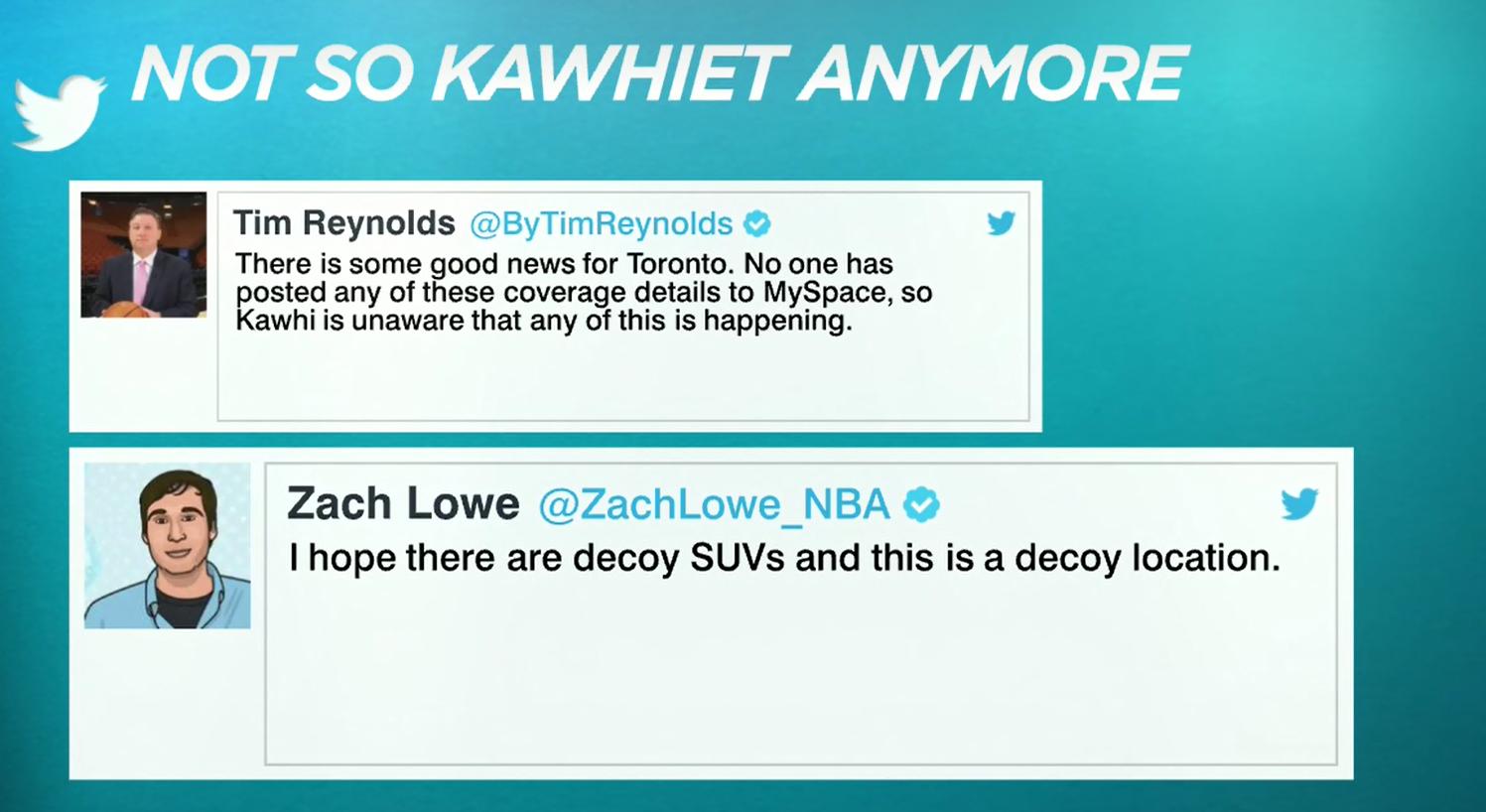 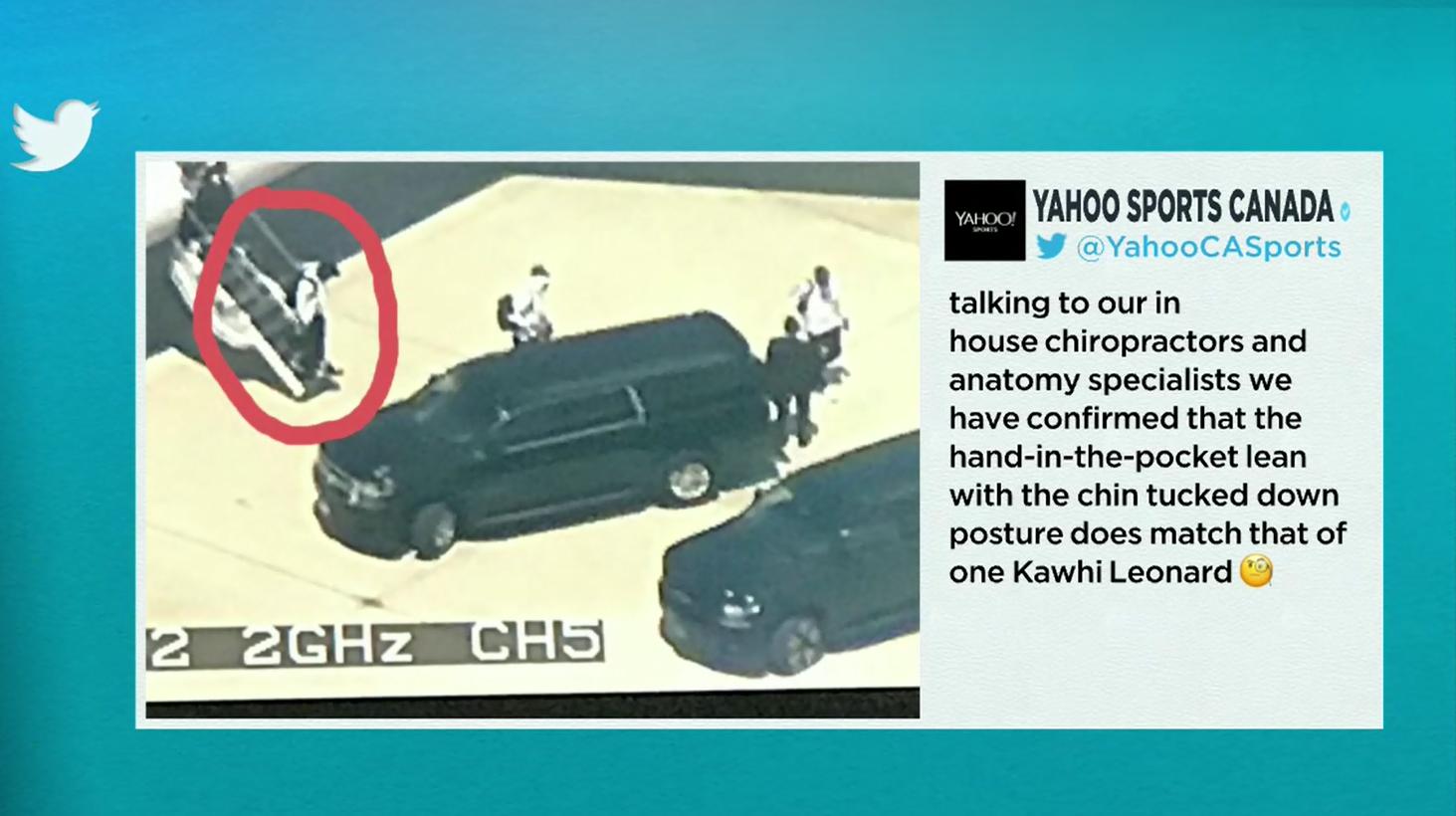 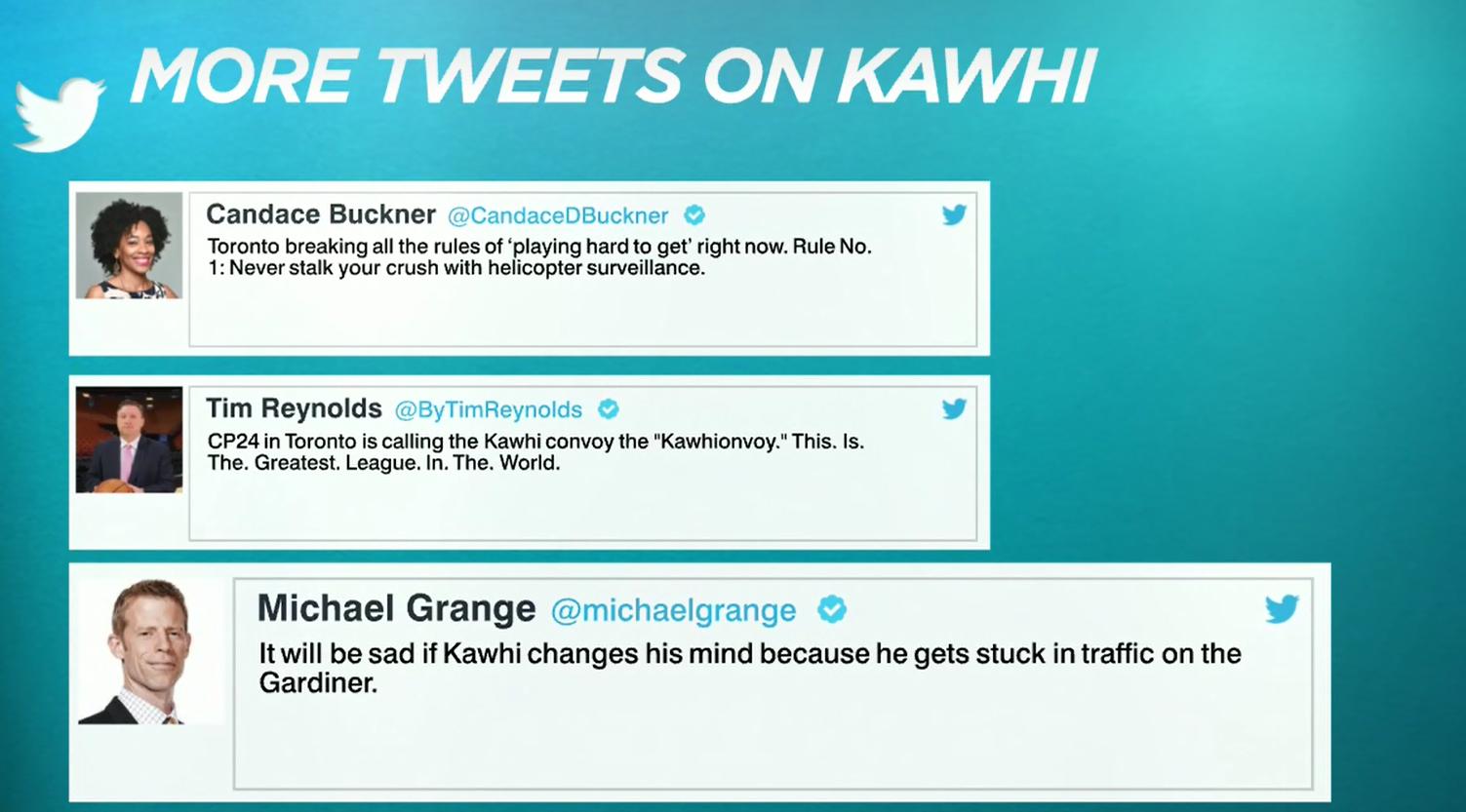 “What’s amazing is Kawhi is the type of guy that’s trying to keep everything under wraps and trying to be so secretive. That’s almost impossible to do these days” – Mullin

Which team has most to lose missing on Kawhi?

“The Clippers have the most to lose. I don’t see how they’re going to do it in the next year [as far as winning a title is concerned]” – Windhorst

“For the near-term future, Toronto has the most to lose. Pascal Siakam is a very nice piece. They won’t have the capacity to plug that hole with Kawhi. You can kiss goodbye to the immediate contention of the Toronto Raptors” – Arnovitz

“Lakers. They automatically become the favorites in the league for many years to come. Without him, now you’re looking to trying to find some players who may be mid-level type salaries or above at minimum deals” – Mullin

July 3, 2017 -Jayson Tatum with the nasty one-handed throwdown on the Sixers in Summer League!

CONTENT WE ALL DIDN’T KNOW WE NEEDED: Bol Bol is a Spongebob expert – enough to have a Squidward tattoo on his calf. pic.twitter.com/o8ZSseuvvF

“What we’re going to see in the new Chase Center is Steph will probably lead the league in scoring. He’ll score at a high, high level again” – Mullin

“The conditions for him to win MVP are absolutely perfect” – Arnovitz

“The MVP race for better or worse is framed in November and December. If he can keep them relevant for a 5 or 6 seed, that would be a compelling narrative, which is so important in the MVP race” – Windhorst

Cauley-Stein a better fit with Warriors than Boogie?
Will sign a deal close to the minimum, per Zach Lowe

“This is a great pickup by the Warriors. He really likes to run the floor and his shot blocking. What it really says is the Warriors are going to play small and when you play small, you have to play fast. You can’t play in between” – Mullin

“This signing is better than the DeMarcus signing last year. Cauley-Stein is so much more what they need defensively. He is going to be extraordinarily motivated. I think it’s a terrific signing and the fact that they were able to get him at a low number when they were under the hard cap, great work by the Warriors from the office” – Windhorst

“For these guys, they got a fresh start and what they can really do is really just get back to the basics of basketball. For Kyrie, it’s going to be really important that he leads by example and let his game do the talking” – Mullin

“I’m not sure that I would necessarily want my locker room turned over to Kyrie because is very inconsistent in his attitude. Garrett Temple will be a guy who instantaneously comes in there and becomes an important part of that team and he is going to play” – Windhorst

How good can Nets be this season without KD?
Vegas giving the Brooklyn Nets the 5th best title odds of all the teams in the East

“They’re somewhere around 45-50 wins. Kyrie can really solidify his leadership just by helping Kenny Atkinson and Sean Marks continue that that type culture of a hard-working, basketball first franchise” – Mullin

“Their depth is one of their great attributes. They’re a mid-40 wins team if Kyrie stays healthy the entire season. They’re not a championship team this year” – Windhorst

How did Pacers land Brogdon?

“They got something for that cost. They got a certain level of certainty” – Arnovitz

“Once I got the OK from LeBron, we were going to make it happen” – Dudley

Bigger in Texas Farewell to the Bobi and Tobi show

Source: The Mavs have agreed to a deal with center Boban Marjonovic. @TheSteinLine first.

“They’ve convinced me. I think it’s a good chance he stays in Toronto” – Mullin

Kawhi in the six good news for Raptors?

“I got to agree with Jalen. I just don’t see him traveling 6 hours on a plane to go and tell Toronto that he’s not coming back. That could have been done over a phone call. I think this speaks volumes” – Perkins

“He loves the way he was treated in Toronto, physically. He has confidence there” – Mullin

“The trust factor is a huge thing for Kawhi. He has trust in the medical team there. I’d say Toronto” – Mullin

July 3, 2017 – Markelle Fultz going up high for the block on Kadeem Allen of the Celtics in Summer League!

Jimmy “no middle name” Butler ||| Welcome to Miami! No you can’t wear number 3 & No you can’t have my locker.

“It’s Wade County for a reason. Fall in line” – Perkins

Time for the Jimmy Butler host, Marvin Tapia, the man who sold the ⁦@MiamiHEAT⁩ newest star on the real Miami. He’s up on ⁦@560WQAM⁩ at noon. pic.twitter.com/qa1yzqb1YY

Is there anything Scottie Pippen isn’t good at?

“I was like hey most caucasian shit you’ve ever done in your life.” —@PatMcAfeeShow on teaching @ScottiePippen how to shotgun PMS 2.0 Ep.86 pic.twitter.com/aiTRZH1zoI

Would Kyle Korver be a good fit for Lakers?

“Perfect fit to a championship caliber team. He needs to be on a winning situation” – Mullin

How did Nets land KD & Kyrie?

“If you go back to looking over the summers, KD and Kyrie been working out together all the time” – Perkins

“If you go back to last summer, KD and Kyrie been working out together all the time” – Perkins

Expect Steph to return to pre-KD version of himself?

“I think he can to certain extent because they’re going to load manage the hell out of him. This is a different year. After five straight years in the Finals, I just don’t see him taking that step back to an MVP level in the moment” – Friedell

“The game is changing. You have to be an athletic center, you have to be a guy that can be versatile. The injury really affected him, but he’s never been an above the rim type player. The game has passed up Boogie. There’s still room for him to improve. But people still question his character as far as culture is concerned. Culture is huge now in the NBA” – Perkins

“I really think it’s just injuries. He just came out a torn quad and a torn achilles” – Shelburne

“He’s got baggage on two fronts: Injuries and he built a reputation in Sacramento” – Friedell

Heading to ATL
Change of scenery good for Chandler Parsons?

“Change of scenery is always good for Chandler on a lot other reasons besides basketball. I don’t think his body right now is to a point where he’s going to make much of a difference” – Friedell

“I was in Orlando at summer league. The Thunder were down there. The stunned look on players, coaches, executives, everybody that was there was unbelievable” – Friedell

Will Kawhi still be a free agent after 4th of July?

An NBA player likely to be impacted by the Kawhi decision dominoes texted me that he has heard the same thing. But that info/gossip is not coming directly from Kawhi Leonard or his advisors. #grainofsalt https://t.co/Zk3XhoulCe

“He signs tomorrow and he gives us fireworks” – Perkins

“Tomorrow is the day” – Friedell

“Later because why not?” – Shelburne