Monologue: Is this how the Warriors dynasty ends?

“I hate to say it: These are the final days of this dynasty. There’s a lot of uncertainty with this team” – T-Mac

“We don’t know what KD is going to do if he opts in or if he opts out. Regardless, he was a big part of this dynasty the last 2-3 years. He’s the reason why they have this dynasty. KD is not going to be there next year” – T-Mac

“I don’t think it’s the end of the dynasty. But I don’t think will see them whip through the West playoffs. They’re going to have to work and still be a great team going forward” – Windhorst

“There’s no need to feel discouraged. They have basically dominated this series. They are getting help from everybody” – T-Mac

“Kawhi Leonard is also nursing an injury. He is pacing himself so he does not get reinjured” – Nichols

50% of Canada has watched all or part of the Finals?!

“The best part about it’s an incredibly young and diverse crowd. Exactly what the NBA is doing” – Windhorst

Did Quinn Cook get this from Andre Miller

Does Nurk have some sort of super bones?

The shot *and* the walkoff?! 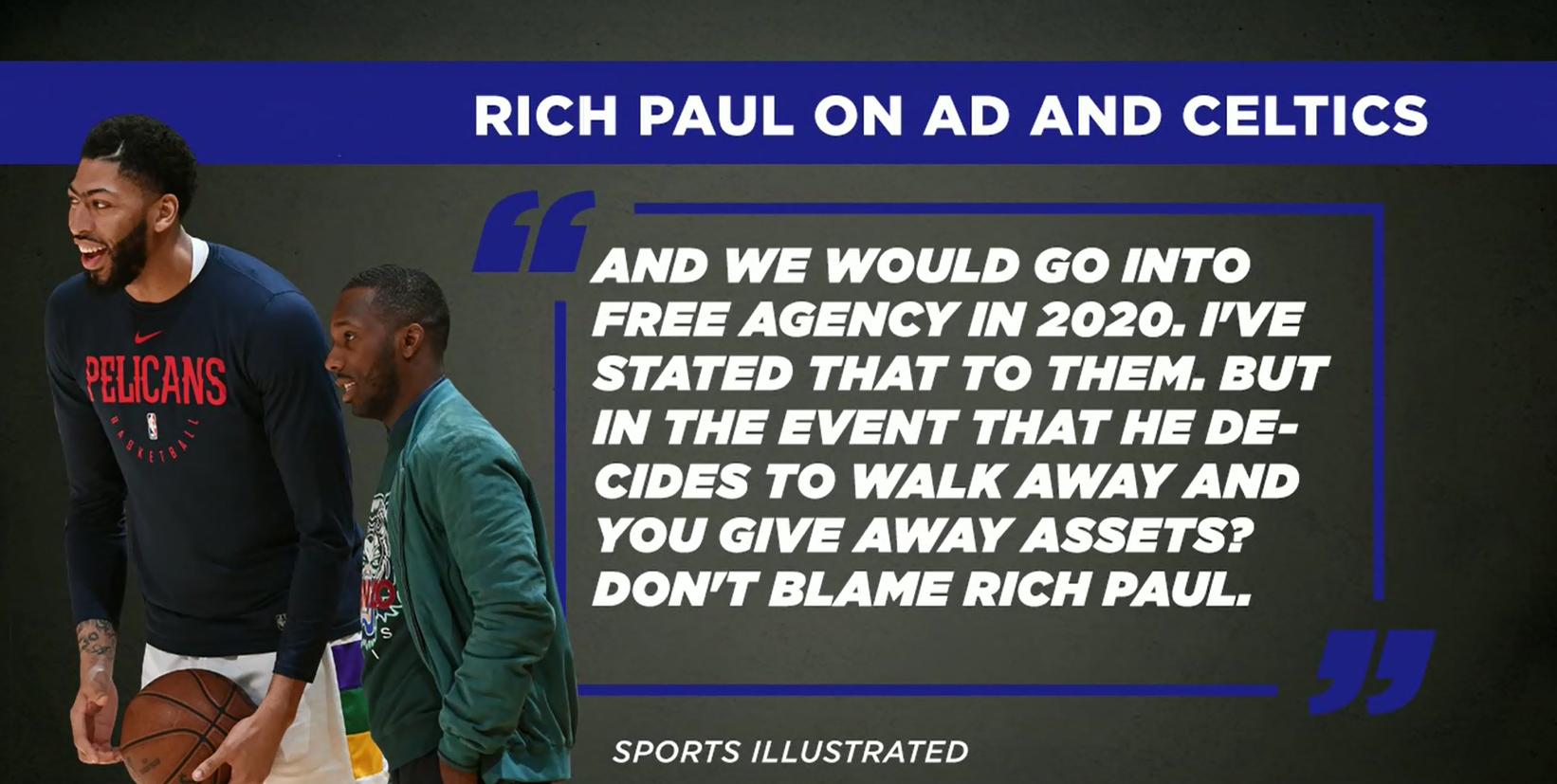 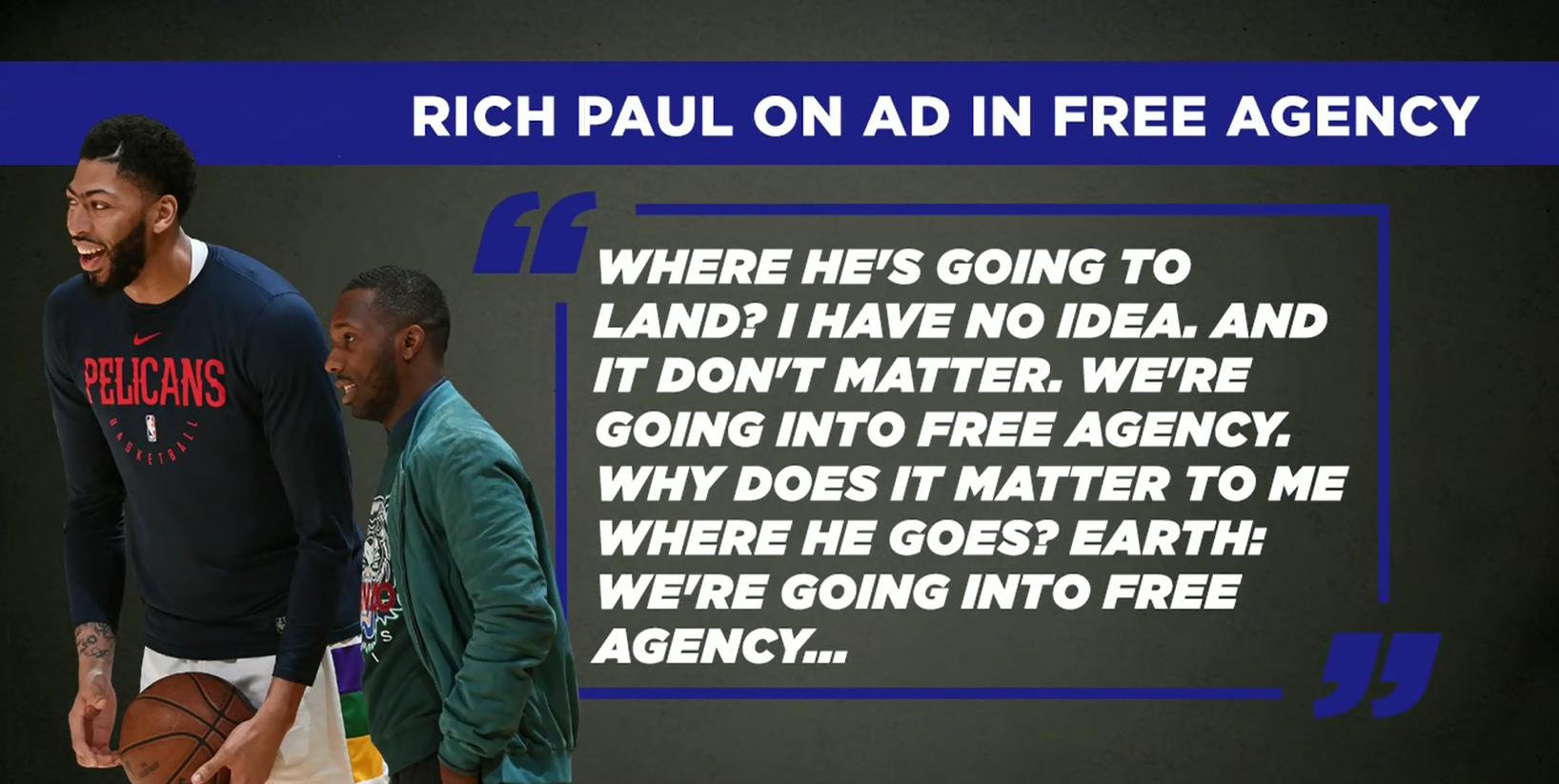 “Why would you get involved? I wouldn’t make this trade or do this deal for one year rental for Anthony Davis” – T-Mac

Klay on KD: “Best player in the world”

Best fit for Kyrie now?
Will opt out of his contract and be an unrestricted free agent (Per Shams Charania of The Athletic)

“He is focused on Brooklyn. That’s the feel in the league right now” – Windhorst

“Celtics are proceeding in talks with other teams like Kyrie is not going to be there. The dialogue with the Celtics: they are pessimistic” – Windhorst

“The best fit for him is to team up with LeBron James once again [in LA]. They have great on court chemistry” – T-Mac

Best fit for Kemba Walker in free agency?
Per Woj: Lakers, Mavs and Knicks will be the teams “very interested” in Walker

In an interview with Jared Weiss of The Athletic, Walker said that “Charlotte’s definitely my first priority” 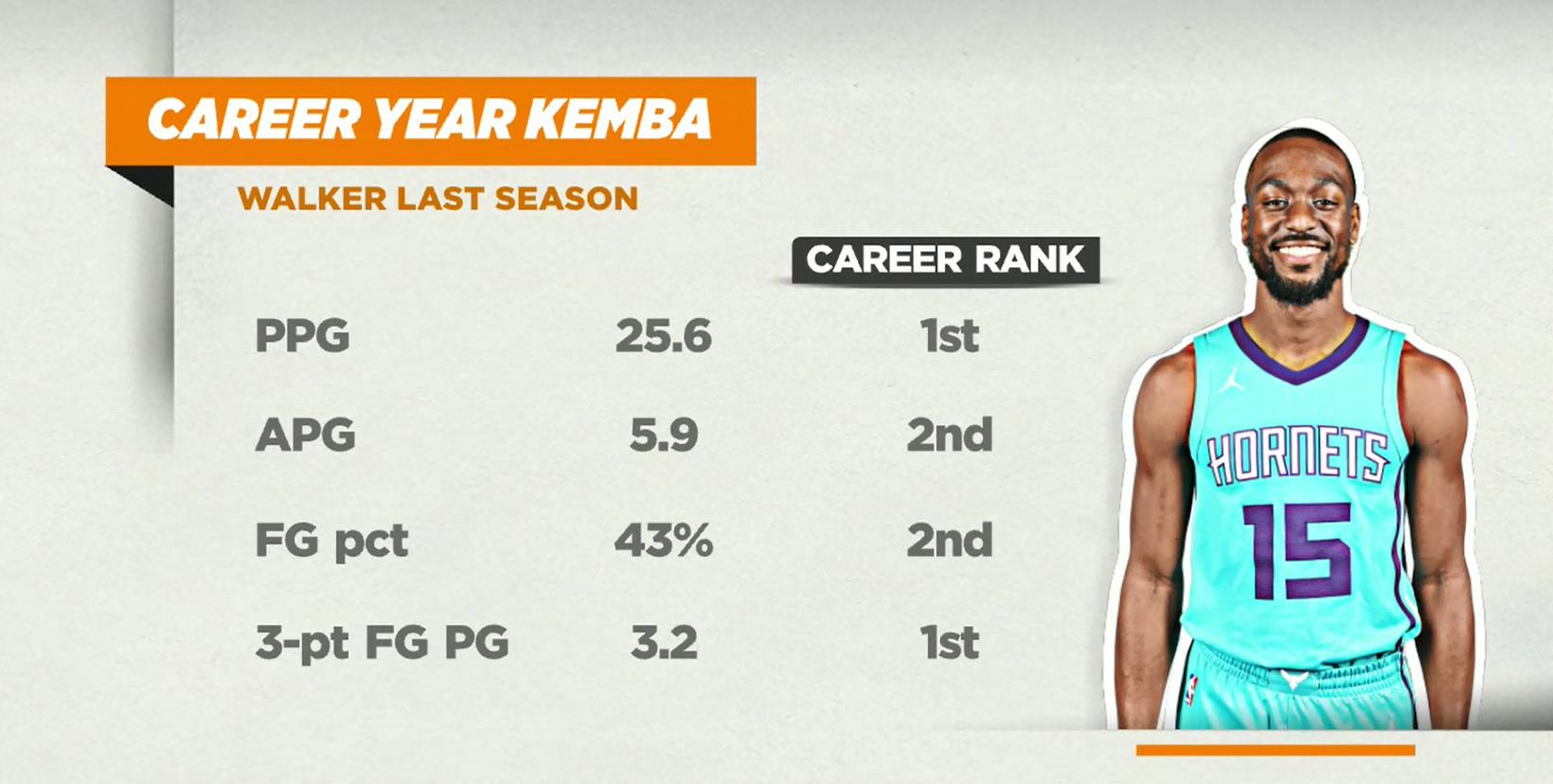 “I don’t know what team best fits Kemba. But him giving his all for eight straight years for Charlotte and not having a team around him not playing with an elite player, I just want him to go somewhere where he has the opportunity to join forces with another elite talent because he hasn’t had that in his 8 years in Charlotte” – T-Mac

“Let’s say the Lakers don’t land one of the top 4 free agents or Anthony Davis: Kemba Walker and LeBron James could be very, very intriguing” – Windhorst

June 12, 2014 – Kawhi Leonard (Spurs) with the monster putback dunk on the Miami Heat in Game 4 of the Finals!

Celtics and Lakers are engaged in trade talks with New Orleans on All-NBA star Anthony Davis, league sources tell me, @ZachLowe_NBA, @ramonashelburne and @WindhorstESPN. Lakers No. 4 pick has been discussed as trade chip to help Pels acquire high-level player in multi-team deals. 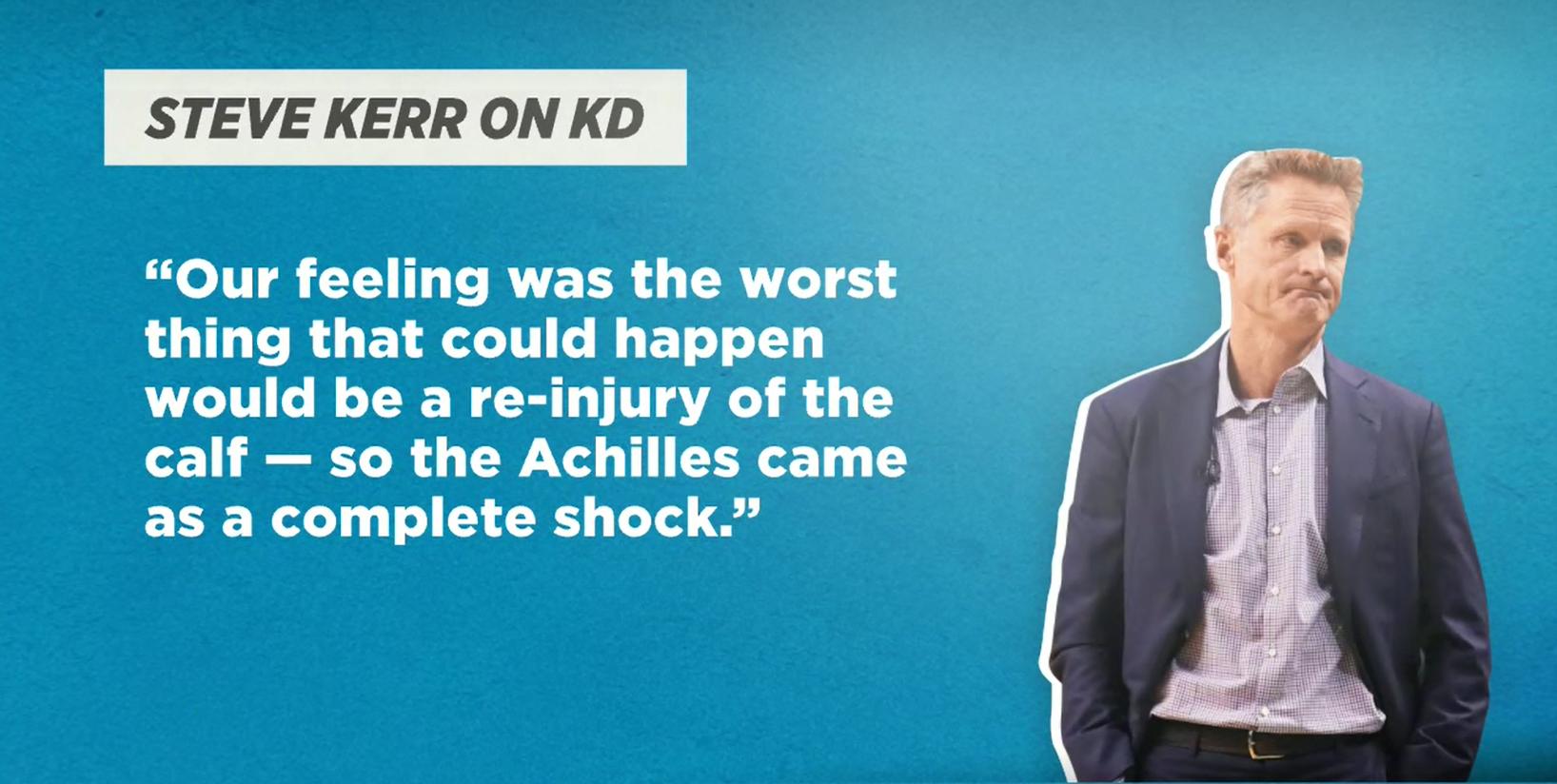 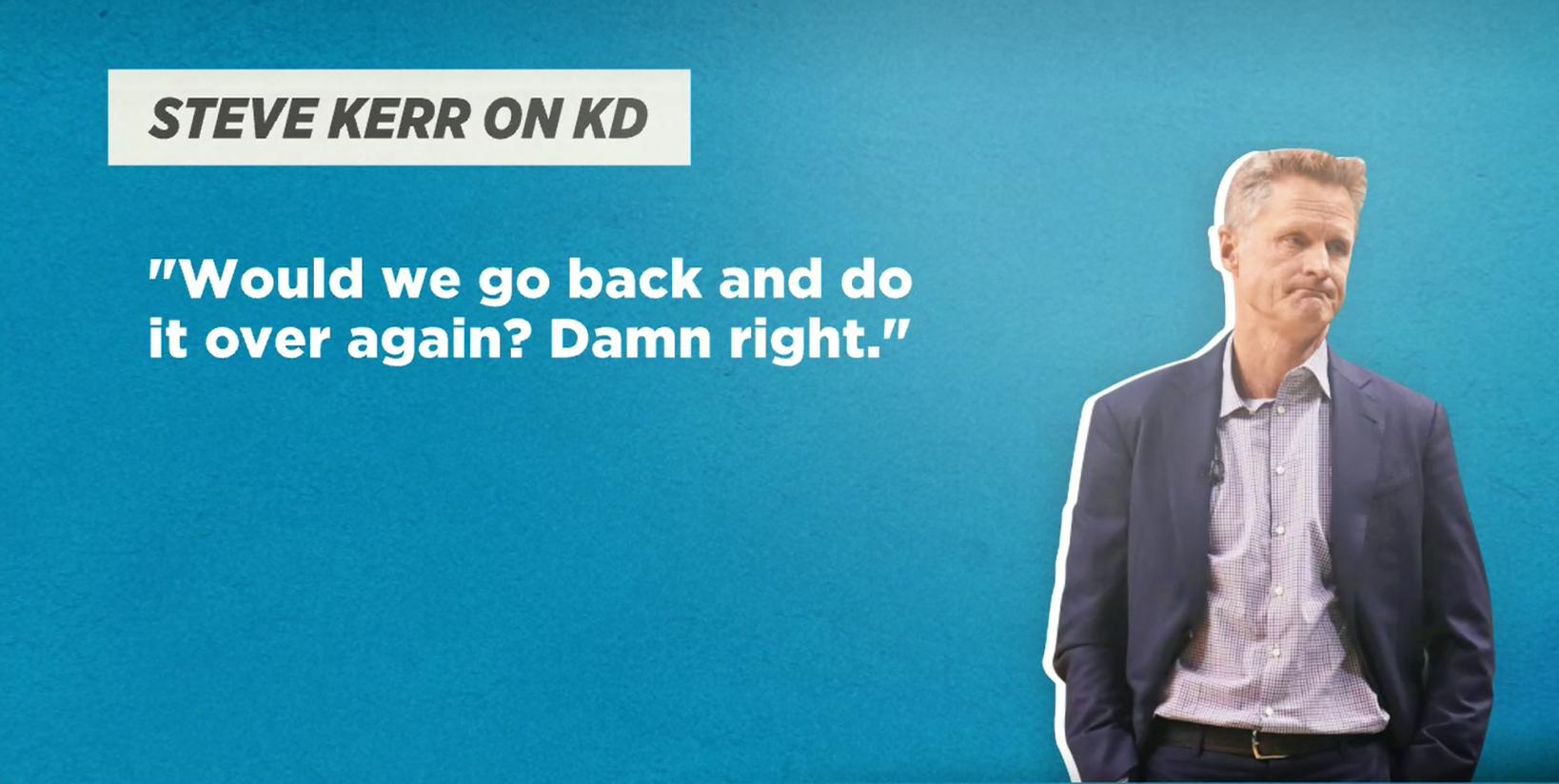