Level of concern about Klay’s injury?

“I would say not at all. I don’t think there’s very much concern. It’s a wait and see thing. We know Klay is one of the tougher guys not only on this team but just in the league. There’s going to be some concern because they don’t have a lot of bodies” – Jefferson

“His game is predicated on movement. It’s kind of hard to play through a hamstring” – Windhorst

“The silent MVP of this postseason for the Warriors is their training staff. It’s a brand new training staff this year. 4 new people that they brought in, huge pressure and they’ve been delivering at the highest level” – Windhorst

How should Raptors feel after home split?

“They should feel good. Getting that first win is huge. You got the city behind you, the energy, everything is there” – Jefferson

“They’re very confident. They’ve got experienced guys up and down the roster” – Windhorst

June 3, 1992 – Michael Jordan with the putback dunk and then hitting a wide open three, while shrugging afterward vs the Blazers in the Finals!

“Drake Curse” stronger than ever after Ruiz TKO’D Joshua?

Does Drake not know how “Home Alone” ended?

“Weren’t talking tonight were ya? With your bum a*s.”

Klay & KD had some words for Drake as they emerged from the locker room to greet their teammates after the Game 2 victory. @kron4news #DubNation | #WeTheNorth pic.twitter.com/hGlIM17KA2

Klay has the quickest catch and release in the league?

“Ray Allen was pretty impressive. I don’t even know how you defend it because sometimes he doesn’t even pivot” – Windhorst

How Spicy was this throwdown?

“All the Warriors need is another shot maker. They just need somebody else that on the offensive end that they’re going to have to worry about” – Jefferson

“The Warriors have sort of back their way into a very effective defensive strategy. They like to play small with versatile guys so they can switch. But with Boogie and Andrew Bogut, they have rim protectors. Big guys at the rim bother the Raptors” – Windhorst

Think Warriors win affects KD’s return timeline?
Last week, Steve Kerr said the Warriors wins and losses in this series will have no impact on if or when they bring KD back

“He was jumping around with a lot of joy [after the game]. Being down 2-0 vs 1-1, the sense of urgency is significantly different had that not gone the Warriors way” – Windhorst

“The one thing that I will say about this entire group: They’re only focused on just winning 3 more games” – Jefferson

“They need to continue trying to raise their intensity” – Jefferson

“Kyle Lowry has got to play better” – Windhorst

Richard, why do you feel so strongly about free agency?
Click here to read his article

“Where Durant and Kawhi go next year will be where this show is going to be! It decides what happens in the NBA” – Windhorst

Think Iguodala is a hall of famer? 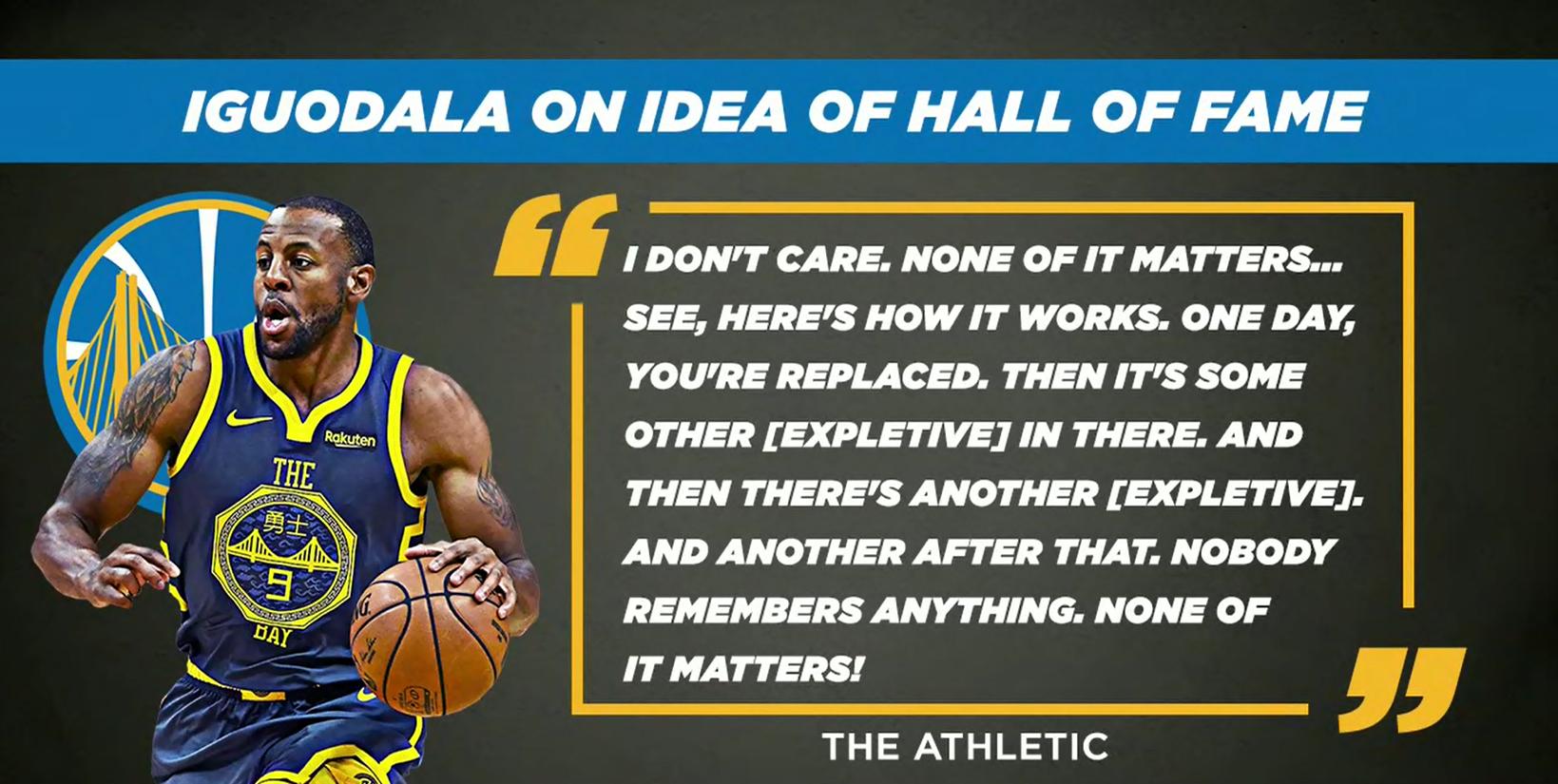 “He’s a competitor and plays the game the right way. I just don’t know what we use as a hall of fame kind of template” – Jefferson

“I don’t think he’s a first ballot hall of famer, but I do think he’s going to be a hall of famer. I compare him somewhat to Dennis Rodman. While he was not the best player or second best player, he was vitally important to what did” – Windhorst

“He’s getting into the hall of fame” – Nichols

June 3, 2001 – Allen Iverson aka “The Greatest Living American” with the clutch stepback three pointer vs the Bucks in the ECF!

“No. Definitely not. He’s playing to win another championship and try to make the Hall of Fame”

“The reason these guys like Steph so much is because he isn’t focused on winning Finals MVP. He wants to win a championship. Whether it’s off the court, on the court, he’s always the same guy” – Bontemps

“His motivation is just extra” – Jefferson