Kerr: Must assume we’re not getting KD back

How much longer can Warriors thrive without KD?

“I tell you it’s pretty scary. They can continue this because they’ve kind of reverted back to the team that we saw before KD. They’re a very tough team to defend” – Pippen

“Klay Thompson gave the new lineup a nickname. He called them the ‘Mini Death Lineup.’ Kevon Looney in place of Kevin Durant playing a little bit different formation. He was terrific in Game 2” – Windhorst
On the final play, Iguodala was officially credited for the block on Lillard

Agree with Dame that there was “a lot of contact” on final play?

“I did think that there was some contact early on before he went into the shooting motion. But Andre continued to stay physically on him and not allow him to have any space. The official was just not really able to get in on that play to make a call. I thought it was a good defensive call” – Pippen

“It wasn’t just the steal/block, he forced Lillard to get out of his rhythm and he lost the handle and he had to go farther than he wanted to is an absolute textbook defensive play” – Windhorst

May 17, 1993 – Michael Jordan with the game winning series jumper against (look away Cleveland)….THE CAVS in a series sweep!

Jealous of Dirk’s retirement diet? (105.3 The Fan in Dallas)
Has eaten Ice Cream every single day and has gained 15 pounds since he retired!

Should Kanter have been wearing his shooting shirt?

Terry Rozier on Bulls radar? (Via The Athletic)
Has made it clear that he’s not interested in returning to Boston if the personnel doesn’t change 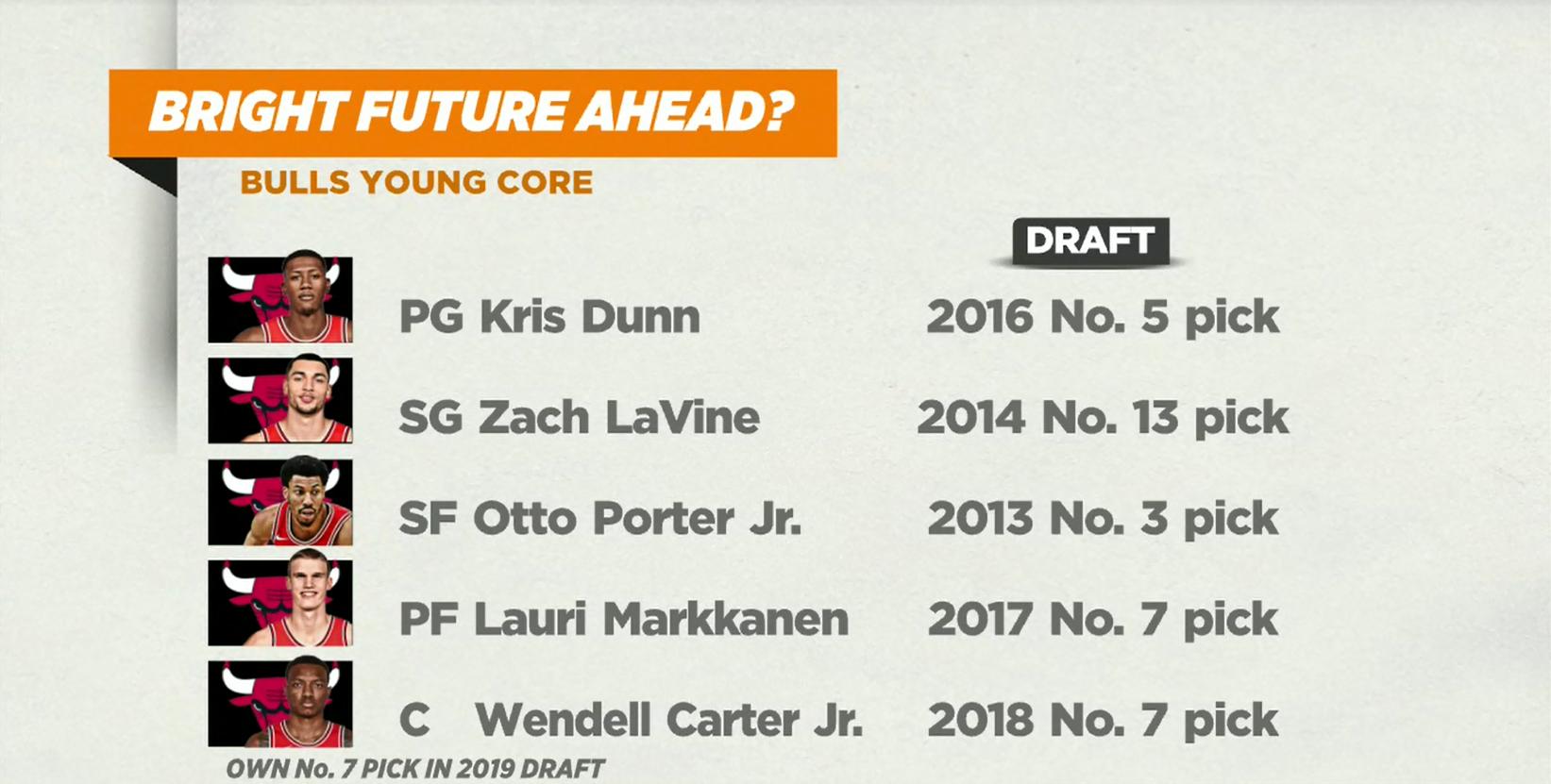 “The Celtics have got to wait to see if they make a trade involving Anthony Davis and if Kyrie Irving stays. Part of the issue of being a restricted free agent is you got to wait on the runway. The key for him though to get an offer sheet would be a priority for a free agent. What he’s making clear with these statements is that he wants to be a starter” – Windhorst

“He’d be a great fit. Kris Dunn’s time has run out. He hasn’t shown any production or progress in the years he’s been there. The job is wide open” – Pippen

“Unless it’s a super high offer, The Celtics are likely to match it because like with Marcus Smart, even if they don’t see him on their team long-term, they don’t want to lose the asset they can use in a trade” – Windhorst

Boban is promoting his new movie:

“It was amazing to work with one of the best actors in the world. He’s so professional. He’s a lot of fun” – Marjanovic

“In the NBA, a lot of people who flop are good actors. I’m so tall. If I flop, it’d be funny” – Marjanovic

“I didn’t expect this to be so good. Everytime I watch, it’s better and better” – Marjanovic

What movies inspired your acting career?

Free agency putting “Bobi & Tobi Show” in jeopardy?
Both Harris and Marjanovic will be free agents this summer

“I hope will be on the same team. We still haven’t talked about it” – Marjanovic

to philly. and my teammates. THANK YOU. ❤️❤️

“It sounds like it’s a goodbye note, but he’s probably trolling a little bit to kind of drive the price up. He’s a good fit for the Sixers and they have to make a decision between him and Tobias Harris. He has the ability to help Ben Simmons get better and work on his jump shot” – Pippen

How should Blazers feel heading into Game 3?

“Hopefully their bench will continue to play better.I thought they played well in this series but offensively, they can be a little bit more productive. I expect them to play better at home” – Pippen

“The concern for the Blazers is: Their role players played really well in Game 2. I don’t know if they’re going to be able to get that production from the role players again. If they do, they’ll have a good chance” – Windhorst

“They’ve been playing well on the road this postseason” – Pippen

From the Banana Boat Crew:

I don’t know if you notice but the hot dog wiener boat is sinking in the back, not in the front…..#wienerboatboys#happydivers pic.twitter.com/6S8pTUlRxK

May 17, 2005 – Manu Ginobili driving to the basket and finishing with tough one-handed shot, plus the foul vs the Sonics!

If he had ended up in New York instead, he would have the kind of titles he does now with the Warriors?

“No. But he would have been a very exciting player to watch play in Madison Square Garden” – Pippen

“He’d be terrific. It would be a great hire for the Wizards. I really hope that if this happens, it’s a family decision and not because the Nuggets don’t want to compensate Tim Connelly. Even though he got an extension, he’s one of the lower paid executives in the league. Stan Kroenke (Nuggets owner) has not been known to want to reward executives in the past” – Windhorst

Should Pelicans be willing to talk AD trade with Lakers? (The Hoop Collective podcast with Brian Windhorst)

“It’s not good. They don’t want to do a deal with a Western conference opponent. There is significant scar tissue with these two organizations after the trade talks and even though they’ve changed executives, it’s my belief that scar tissue remains” – Windhorst

“I would not send Anthony Davis anywhere in the West. I would send him to the East. It has to be a good deal” – Pippen

“If you’re the Pelicans, you need an auction situation with a bunch of teams. The Lakers offer is really challenged when comparing with some of the other offers especially because Brandon Ingram is coming off this blood clot. They have said it’s going to be okay, but executives in the league are worried about that” – Windhorst

Draymond calls himself the best defender ever? (Via Marcus Thompson/The Athletic)
Had 5 blocks in Game 2

“He [Marcus Thompson] should have never asked that question. That’s a question that has numerous amount of answers and every player is going to give their own opinion. Draymond Green is a tremendous defender. He’s more of a great team defender than an individual defender. He’s not the guy that you put on your best player. He’s not the best defender ever. You have to be a better on-ball defender and not just a team defender” – Pippen

“He is one of the most versatile defenders” – Windhorst