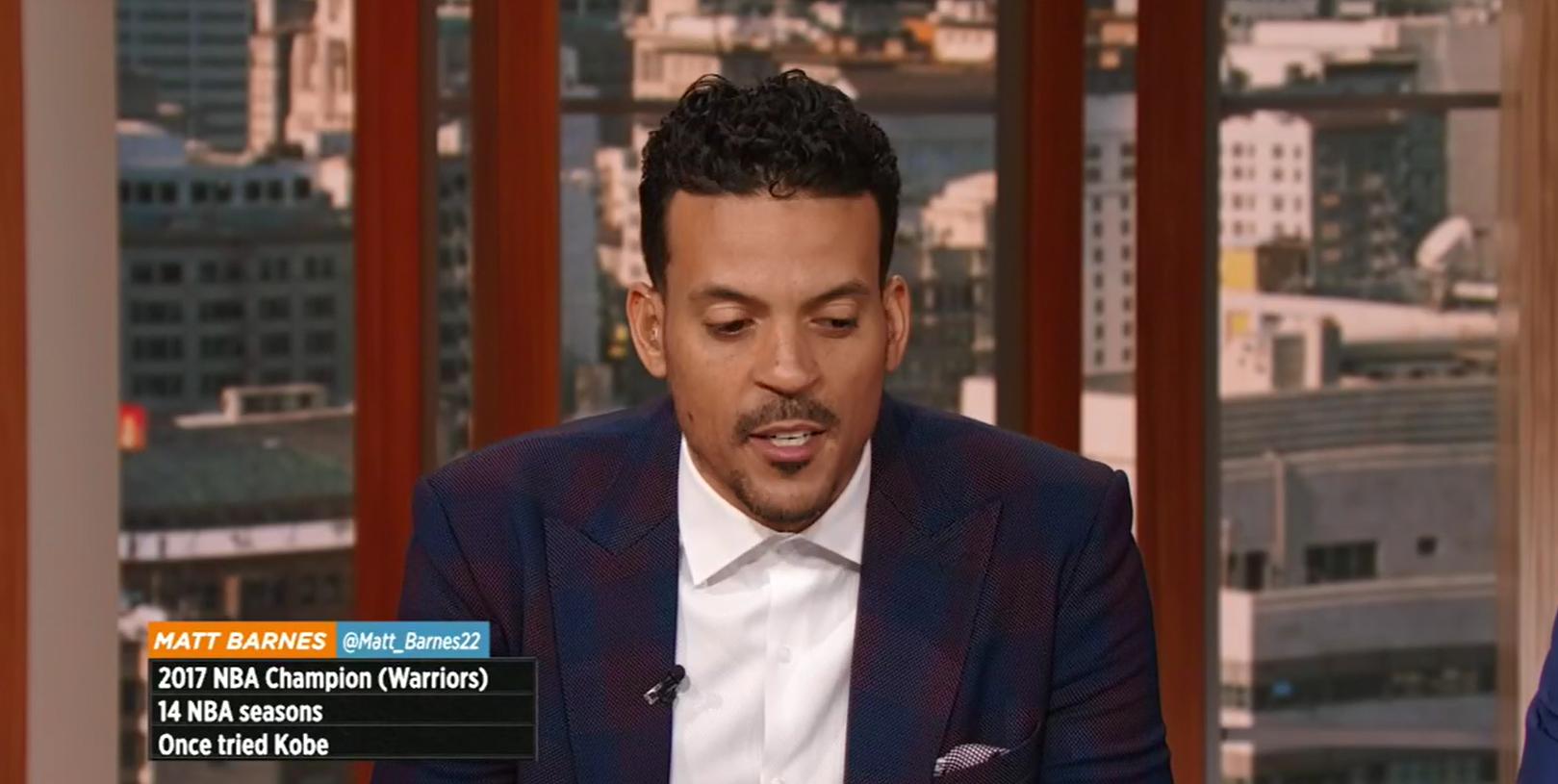 Monologue: How the playoffs separate superstars

As for his decisions on defense:

How should Kyrie approach Game 5?

“It’s definitely on him to approach the game the same way he approached the Game 1. You have to be a leader. He has to be the same Kyrie. He has to be aggressive whether they win or lose because he’s the best player on their team” – Jackson

“If it wasn’t for the Lakers this year, we would have focused more on Boston and their locker room and their chemistry. The world was enamored by LeBron and the collapse of the Lakers. But out in the east, Boston has been a train wreck all year” – Barnes

“Everything rides on Kyrie. If it’s taking 30 shots to help them win, you got to roll with your best player. He’s someone that needs to lead by example” – Barnes

More concerned about Embiid or Simmons?

“Simmons. He just needs to impose his will. He’s in charge of getting JJ Redick going” – Barnes

“Embiid. He’s the only guy that gets doubled. He gets this team going. Marc Gasol is in his head” – Jackson

What’s gotten into Kawhi this postseason?

“People forgot how good Kawhi was when he had to take the whole year off. And I’m glad he took the year off because too often, guys rush back and re-injure stuff. When healthy, top three in the world and hands down the best. two-way player in the game. He doesn’t get his due cause because he’s not flashy” – Barnes

How many finishes does Jamal Murray have in his bag?

Where does this rank on the Shimmy scale?

“The one thing I like is that he didn’t start it when they got back. He started it during the end of the game when they knew the game was over. ‘Ok. We know were not going to win this game. Let’s focus on getting home and defending home court.’ That’s the mindset you got to have. They know they can play great at home. Dame knows he hasn’t played his best series. He’s due for a big game” – Jackson

“It’s barbecue or mildew. They got to do it now or they’re going home. At the end of the day, people don’t realize in the playoffs, losing by 30 or losing by 1, you still lost” – Barnes

“I’m sitting back and watching Dame and wondering did he emotionally drain himself last series. Really emotional because he really proved that he jumped ahead of Russell Westbrook as far as elite point guards” – Barnes

“Klay is different. He is really reserved. The Warriors can offer him 5 years/$190M and keep KD. They’ll keep him” – Jackson

“People underestimate how important he is to this team because he’s always guarding the best PG or two-guard so Steph doesn’t have to. You lose him, you lose a lot” – Barnes

“You got to go with your best five. And this is their best five” – Barnes

PG-13 to miss start of training camp
On Tuesday, Paul George under went rotator cuff surgery. It is to repair that partially torn tendon in his right shoulder, per Woj and Royce Young

Friedell: Nothing
“The injury is something. But the reality is this isn’t really going to mean anything at all in the grand scheme of things. I don’t think the Thunder are good enough. This group, collectively, is not what we thought they were going to be as far as a potential push to the Warriors in the West”

Jackson: Nothing
“He has enough time to get in shape. Going into a season healthy is the best feeling. This is not a big deal”

Embiid checking stat sheet midgame
Sixers down 34 points with 4:30 left in the game

Ja Morant casually baptizing this dude….Can’t wait to see him in the league 💯💯💯 pic.twitter.com/lY1rA4VPbO

“It makes all NBA players, executives drool at what could be for their team” – Friedell

May 8, 1991 – Tim Hardaway Sr. with the Texas two-step and finishing the tough reverse layup vs the Lakers!

“I think it’s smart. I commend him for doing it” – Jackson

“The timing is awful. We don’t know where his friends are” – Friedell

“Best thing about it: They’re not green. You can wear them on any team” – Jackson

Brogdon Back!
Bucks expect Malcolm Brogdon back in Game 5 vs Celtics
Been out since March 15; Will come off the bench

“You want to bring him in easy. He’s only going to make them better” – Jackson

Expectations for Celtics in Game 5?

“I hope Brad Stevens plays Jaylen Brown more in order to get this win. He’s been the best player on this team in this series” – Jackson

How much pressure is on Warriors in Game 5?

“I’m not worried. I would worry if it was the series deciding game. There’s no pressure. The sense of urgency is higher than normal in Oakland” – Jackson