Are you more Eric Bledsoe or Brook Lopez in this situation?

Warriors or the field to win title right now?

“The field by a nose. I’m just not convinced that between Draymond’s conditioning, between the personnel and everything else that they are the defensive team they have to be to win a championship” – Arnovitz

Klay: “I expect our crowd to be a little more into it” | Calling out Oracle fans a good or bad look for Klay?

“This fanbase has changed over the last couple of years. This is not the same ‘We Believe’ fans. There’s a lot of fans buying tickets that just want to be part of the social crowd. Next year, it’s more of a social event than an NBA event” – Spears

“It’s not a terrible look. Warriors are bored and the fans are bored. I don’t have big problem with it. If Draymond had said, it’s a different story” – Arnovitz

“It was loud and crazy. But it’s gotten a little less louder” – Elhassan

“This place [Chase Center] is supposed to be like the Taj Mahal of the NBA. That’s going to play a role in it as well because everybody is going to be enamored with whatever they have” – Spears

March 11, 1999 – Jason Williams faking the pass and instead finishes with a reverse layup vs the Clippers!

Predictability; Can anyone stop Kyrie when he’s in his bag?

Confidence; To Drummond’s credit, he did hit a step-back last week

Power; Did someone unplug Kyle O’Quinn?

Joel Embiid: 33 points and 12 rebounds in 28 minutes vs the Pacers

76ers have enough time to figure out rotation?

“No. They don’t. It’s going to be a work in progress the rest of the season” – Spears

“You got to figure out the combinations” – Elhassan

“Guys need to get reps together” – Arnovitz

Simmons on Kobe saying he needs to learn to shoot: “I’m trying to get better” | Think Ben Simmons is tired of shooting advice?

“Only guy he needs to listen to right now is Jason Kidd. It’s more of the mentality. More of ‘What did you do?'” – Spears

“If they got him more shots in the rhythm, it’s better for his shooting development” – Elhassan

“LeBron James’ presence on the roster is the problem. The Lakers have to start worrying less about their brand and more about their product. They need start asking questions like: ‘What are we doing wrong here?'” – Arnovitz

“Lakers need to ingrain LeBron into the community more. He knows Hollywood better than he knows LA. It’s a way overreaction [by JVG]” – Spears

“Let’s see how LeBron gets people to come. He’s going to have to do it. There’s more pressure on him convincing guys to come” – Spears

James Dolan got pissed when a fan urged him to sell the team … so he flexed his owner muscles and 86'd the guy. https://t.co/pmjQ1eN3b6

Madison Square Garden gets over $40M/year in property tax breaks. If James Dolan wants to treat it as his private stadium & ban fans for merely suggesting he sell a team, then perhaps Albany should take his lead—and redirect those public dollars to Penn Station’s MTA facilities. https://t.co/yw46xPUvWt

“He’s killing Scott Perry the GM, he’s killing Steve Mills, he’s killing David Fizdale. He is destroying his franchise and making it so much harder for those guys that are running the ship, the talent and group they have now. No matter what, he still is charge of the show no matter who’s working for him. I wish he did sell the team” – Spears

“This is what you’ve done to the people who are trying to turn the ship around. You cannot withstand a criticism from a loud mouth fan. He’s embarrassed his franchise” – Arnovitz

“I want to hear more music from him” – Spears

If u don’t think so then tell me who and why ? pic.twitter.com/KGJAGiw2Pq

“Best all-round player: Giannis Antetokounmpo. Best scorer: James Harden is the best scorer in the NBA. You give me one game right now in the next couple weeks: LeBron James” – Arnovitz

“James Harden. I got to give him credit. He’s doing things defensively. I agree with Paul Pierce” – Spears

But he left the court after this happened:

“They’re so far out of the playoff run that there’s really nothing he can do to change my perception of him. He’s a 3rd All-NBA Center. He should sit out” – Spears

“If you’re the Wolves, you don’t want him to do anything to harm himself for next season and you don’t have to pay him that much money” – Arnovitz

“I hate this thing [All-NBA voting from the media]. I hate that they put this on the media to decide whether somebody is going to be paid or not. I don’t vote anymore. I gave it up because I know players will look and see who voted for them and hold it against guys who didn’t” – Spears

Ok with Bobby Portis calling out @OfficialNBARefs on Twitter?

Portis after the game:

.@OfficialNBARefs I know I’m not the most liked/loved guy in the league, but this has to stop. This is costing us games. Got fouled twice in the last minute of the game, two no calls. Can’t wait to see the two minute report tomorrow!! pic.twitter.com/E6UomY1g1e

“Probably not the best way to do this. Litigate every single call on Twitter if you’re a player” – Arnovitz

After the game, PG complained about the officiating and saying this about Beverley:

“When the game’s not called right, it plays in his favor”

Stop it pat lol LA has gave you a platform now but stop it bra bra! 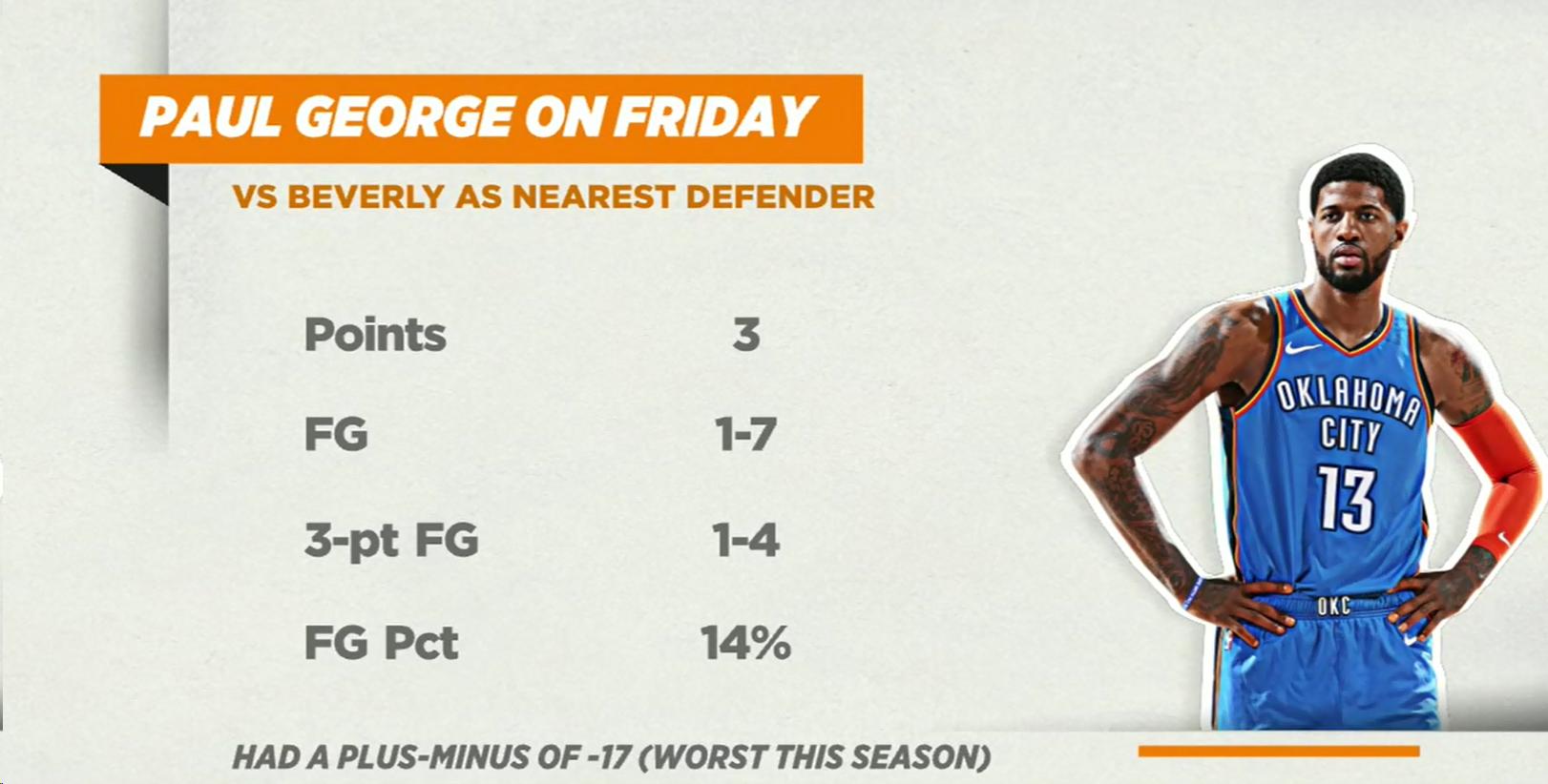 Spears: Patrick Beverley
“It was brilliant from him. He’s a nat during the games and on Twitter”

“They got more stuff going on than that” – Spears

“Now I know why guys cover their mouths” –  Spears

“They got a bigger fish to fry. These guys go at it all the time” – Arnovitz