Jim Boylen practicing what he preaches?

Monologue: James Harden’s style may not be for everyone..and that’s okay

Last night, he showed up wearing this:

Last night was the first time the Lakers and Rockets have met since the infamous brawl:

By the time it was all over, Houston had the win and Harden recorded his 4th career 50-point triple double, the most in NBA history

Lakers right to be frustrated with Refs last night?
Harden has led the league in free throw attempts 5 of the past 6 years

“James Harden is a tough guard as it is. When you allow him to attack the defense and be more physical that you’re allowing the defense to be, it does become frustrating. It makes them (the Rockets) very difficult to guard” – Pippen

“The rules plays in his (Harden) favor and he knows how to utilize those rules to his advantage. He’s probably one of the few players that is taking full advantage of it” – Pippen
Harden got to the line 19 times last night

“This is the new normal: You can’t touch guys on the perimeter as they’re facing up. This guy has taken advantage of the rules better than any player in the NBA. That ain’t his fault. That’s on the defense to figure it out” – Elhassan

“I don’t think they’re doing it [putting their hands behind their back] to get calls. They’re trying to prove that they’re up and down, they’re not reaching and making the contact” – Pippen

What are realistic expectations for Rockets now?

“Playoffs, definitely. They’re not as bad as they have been thus far. The contention part, that’s gone” – Elhassan

“Making the playoffs. They’re not going to be the best team in the league. Fighting to try to be the 2nd best team in the West should be a goal for them right now. They have to start playing better on the defensive end. Offensively, they’re fine” – Pippen

December 14, 2010 – DeMar DeRozan with the nasty one handed dunk on the Charlotte Bobcats!!

Resistance; Jrue Holiday’s daughter painted his nails during his nap!

Deposits; The bank is still open for Dirk!

Time to worry about Clippers after back-to-back blowout losses?

“Part of it is a little bit of guys starting to read the press clippings and kind of believe the hype. This team is always going to win games because they overachieve. They’ve started to take their foot off the gas” – Elhassan

“I see them as an energy team. They ran into a wall. They’ve lost that energy that they played with in the first 20-25 games and they are trying to figure out how to win games. And guys are getting tired” – Pippen

If you thought Stan Van Gundy was tough on Sarver on yesterday’s show, you haven’t met…Greta!

Greta Roberts, a Phoenix resident, speaking out on Robert Sarver!

“The one thing Greta said was that he hasn’t invested in the players. I’ll give her a pass on that. They’ve tried to sign and keep players to get it turned around. It’s not because he was tight with money in that particular aspect. The problem is because of all the other things he messes up on” – Elhassan

“Everywhere I go, people say the same thing to me in Phoenix: When are the Suns going to be sold? That’s the feeling. Everyone attributes all the failures over the last few years to Robert Sarver” – Elhassan

“We’ve seen so many NBA owners step forward and pay for their own buildings. This should not be a public burden. The public has enough other things to be concerned about” – Nichols

Did Jabari Parker deserve to lose spot in Bulls rotation? (Via Malika Andrews/ESPN)
Remember, he once said “They don’t pay players to play defense” 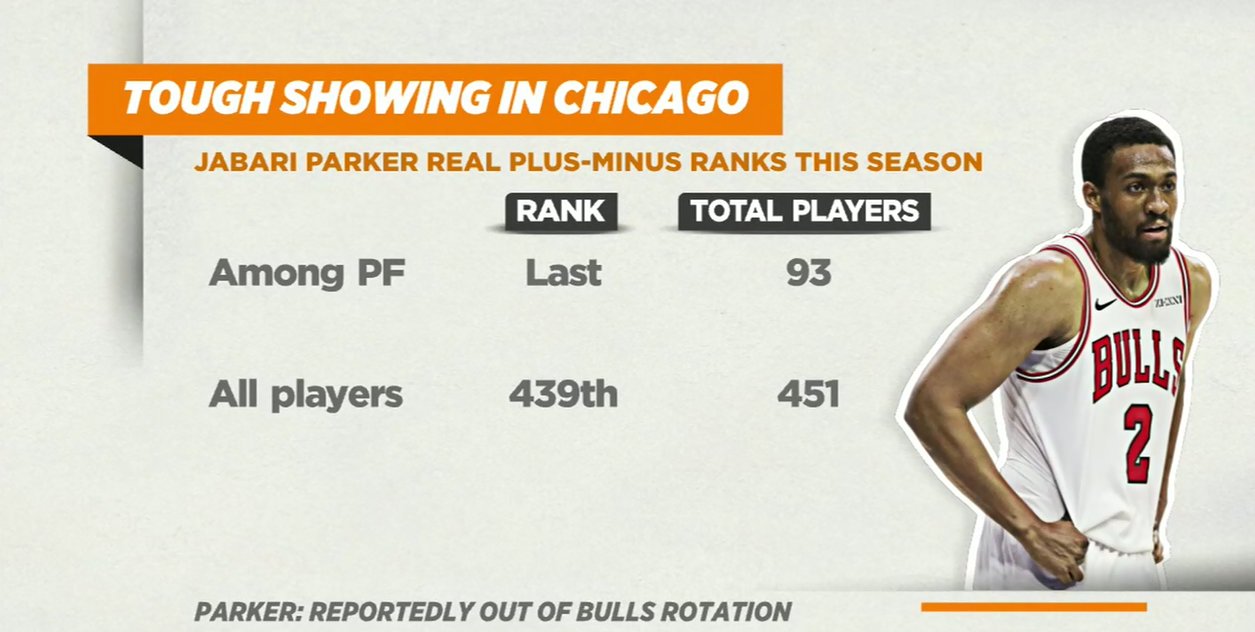 “You’re lacking merits. The Bulls need defense and rebounding. You’ve sort of put yourself in a position to be pushed out of the lineup because you’re not willing to do what they need to be done right now. Jabari hasn’t handled his professional career right. He needs to be in better shape” – Pippen

“A lot of times, fans miss the point that you can have a good individual year that is at a detriment to team success and that is what’s happening to him” – Elhassan

Bulls have engaged in talks with several teams regarding Jabari Parker, per sources. There’s considerable interest in Parker the player. Finding right fit financially is next.

“From the Nets perspective, absolutely. For Spencer, this is like the American dream. He has worked his way up from a fringe NBA player to now someone who’s going to be able to take care of his family for the rest of his life” – Elhassan

“I’m very happy for him. This kid reminds me a lot of Jimmy Butler. He’s turning into a go to player for them down the road” – Pippen

Commissioner, Adam Silver believes that the future of the NBA might be in Mexico for more than just a couple of days a year:

“When you look at the enormous Mexican American and Hispanic population in the United States, we believe, if we had a team in Mexico City, many of those fans in the United States would identify with a team in this market. It’s one of the reasons that we’re thinking so much about bringing a G League team here, because we think it would be an important next step to learn more about what it would take to operate an NBA team here”

But there would be some hurdles to having an NBA team full-time in Mexico: Travel, altitude, lack of expansion 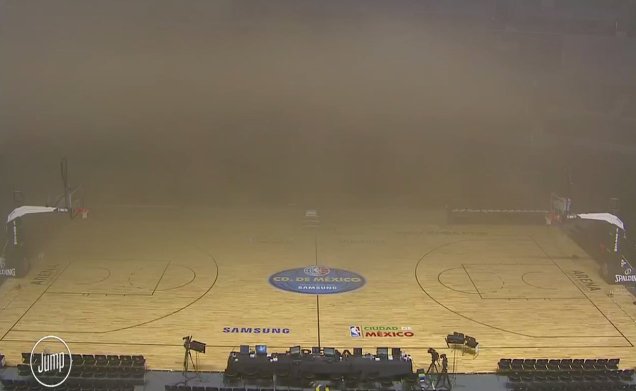 This is from ESPN.com’s “10 big trades we’d like to see” piece which can be read here

“Ariza to the Lakers gives them shooting. KCP, if you’re Philly, you’re looking for depth. For Fultz, I don’t know if that is the right scenario for him to get his life together” – Elhassan

“Getting Trevor Ariza instantly makes you a contender, especially when you’re talking about a player that’s so impactful on the defensive end. For Fultz, this kid is trying to find a home in the NBA. For Philly, they get a guy that can space the floor and knock down some shots” – Pippen

“This doesn’t make any sense [for the Nuggets]” – Elhassan

“I wouldn’t say no to this. For Denver, Kemba Walker is a good pickup for them. Bringing him to the West coast is going to open up a different side of his game, more of a wide open game that fits his style of play a lot better” – Pippen

December 14, 2000 – Steve Francis with the two handed dunk and then a tap on the backboard vs the Warriors!

Pippen: Nuggets
“They beat you by committee. You don’t know who’s going to be the guy. They always got guys stepping up every night”

Elhassan: Thunder
“OKC has been elite defensively and they got a bunch of rangey, athletic, the kind of guys that can give the Warriors trouble in terms of being able to switch”

What changes for Pacers with Oladipo back?

“Offensively. Their offense was slipping. He’s such a big part of what they do offensively” – Elhassan

“His leadership. He gives them that superior ability to think that they can win night in and night out. That’s what we haven’t seen out of the Pacers in years past” – Pippen

Joakim Noah: “I’m too lit to play in NYC…Memphis is perfect for me”

“Playing in a city and being in a place where you grew up, I’m sure for Joakim, he’s at the stage of his career now where he’s just comfortable” – Pippen

“He isn’t the basketball player that he once was. With that kind of money, he wasn’t able to perform up to that contract” – Elhassan