How do you stop Giannis in the open floor?
Euro stepping on opponents!

Monologue: There are no weekends off, people!

And because of the trade, that means it’s the series finale of…

But that’s not the only thing that happened this weekend…

Melo’s future with Rockets in jeopardy

Sources: Rockets players and coaches believe that Carmelo Anthony has played his final game for the franchise.

NBA Players weighed in on the Melo drama going on in Houston:

Trying to make my guy @carmeloanthony the fall guy huh!? Man y’all need to stop. That’s the easy way out instead of addressing what the real problem.

They need to put more respeck on melo’s name. I’m not buying that he’s a cancer

Respeck is the key word. https://t.co/qU7qqXUpPX

Melo deserves better than this.

Saying Melo is to blame for the Rockets problems this season is like fixating on a leaky faucet of the Titanic. Yet the boat hits the iceberg and sinks! 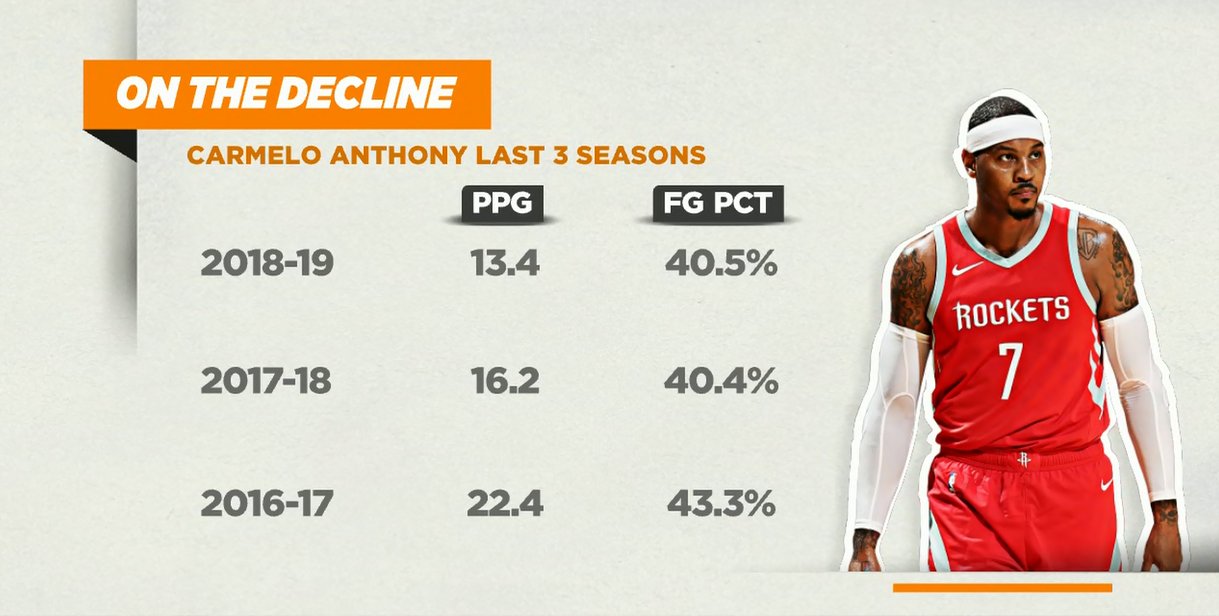 “I talked to somebody within the organization, they said he’s a scapegoat. Someone close to him said it’s a ‘gut punch’ to him. He’s probably beating himself up for not going to Miami. The Rockets knew what they were getting with him. This isn’t a surprise” – Spears

“At this stage in his career, he’s going to have to adapt to being a role player and it’s hard for people that have been superstars” – Spears

“It was a perfect storm for the Rockets to hit that iceberg and Melo happens to be on the boat. The day they lost [Luc] Mbah a Moute, [Trevor] Ariza and [Jeff] Bzdelik, their entire makeup changed” – Jackie Mac

“It’s not fair to blame him for everything. He just got there. But it isn’t a great fit” – Jackie Mac

Was the juice worth the squeeze for Jimmy Butler? 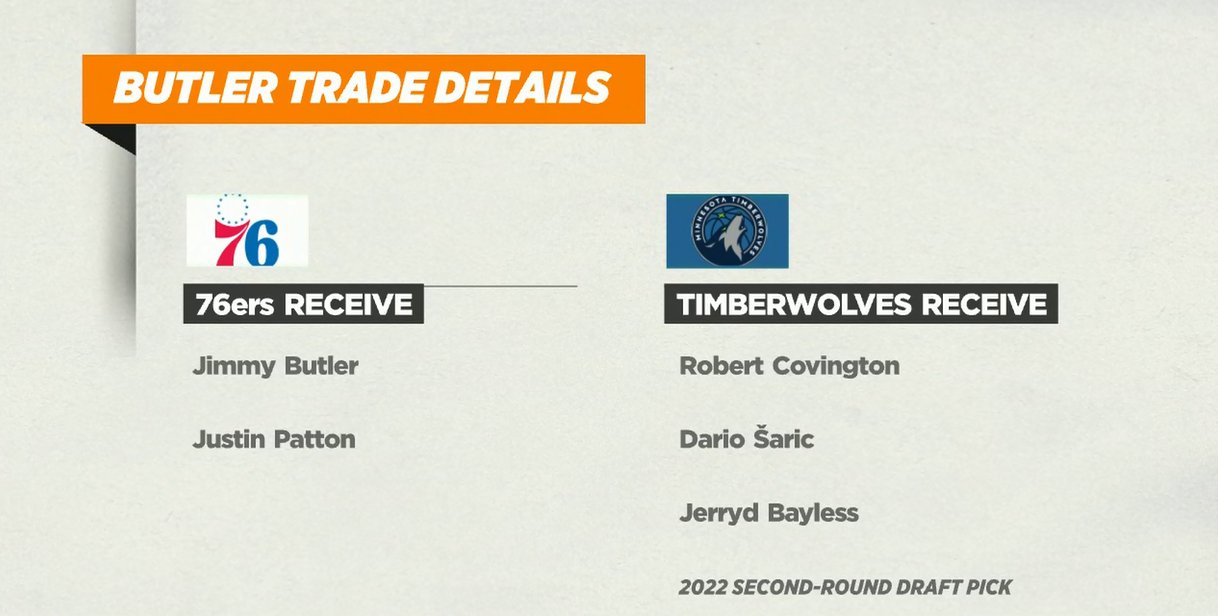 “This is an unbelievable situation not just for him, but for the Sixers” – Jackie Mac

“He needs to take a page out of LeBron James when he went to Miami: He was introduced first, he didn’t care about being introduced last. He let his play make him the star of the team, not what he said or how he felt. If he goes in there and plays, Philly will love him. But they will turn on him if he says the wrong things because it’s Joel Embiid’s team no matter what” – Spears

Thibs get enough back for Butler? 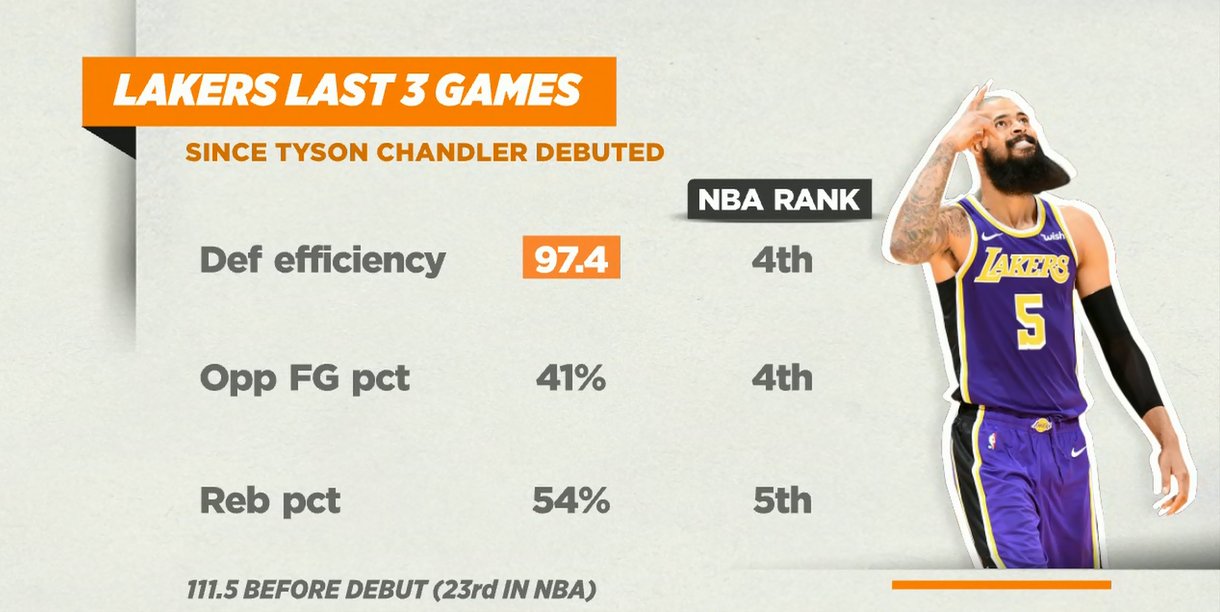 “He did the best he could. But the owner (Glen Taylor) took this over, that’s a bad sign when you’re suppose to be running the team. I thought they should have gotten a (First Round) draft pick” – Jackie Mac

“I like the two players they got back. But in [Zach] LaVine and [Lauri] Markkanen, you lost two possible stars. I think it was a loss” – Spears

“The gamble he (Thibs) took in June July, August and September, that didn’t work because it didn’t work in October and November” – Nichols

Explanations; Was there a fly on the court in Memphis?

Patience; Jamal Murray finally gets his 48-point ball back from a kid who caught it

Jamal met up with the kid who received the game ball from his 48-point game!

Post ups; Will we see Brook Lopez in 3 point contest?

Acrobatics; Anything more aesthetically pleasing than a reverse layup?

Tyson Chandler the answer to all of Lakers issues?

“He’s been a great closer for them. Big time addition for him and he’s back home” – Spears 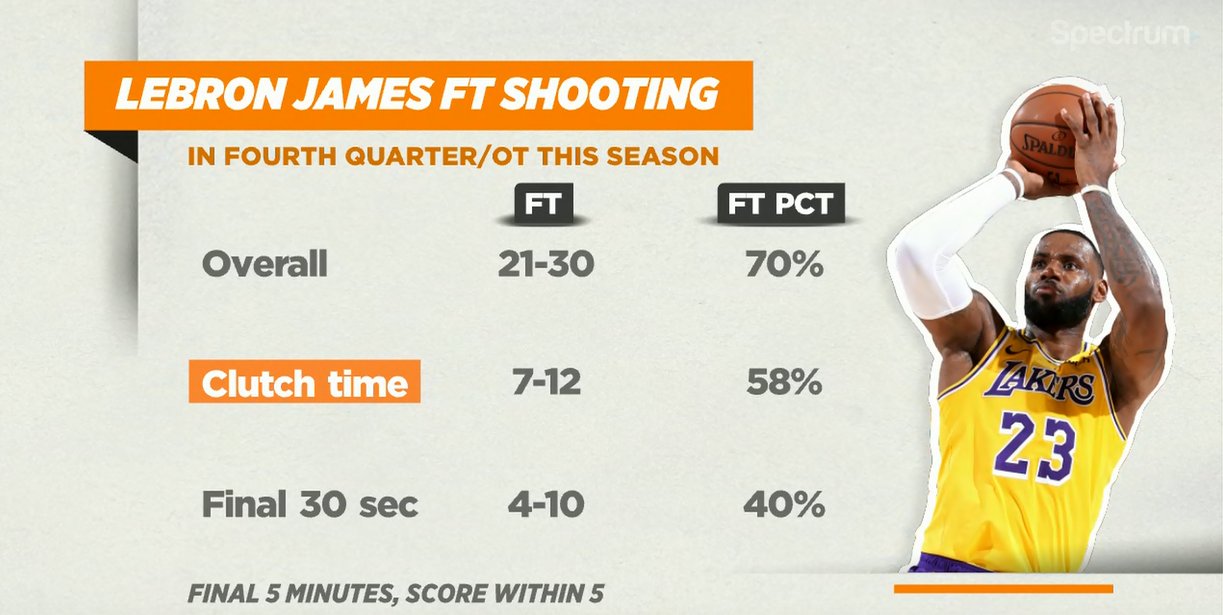 “You can’t be perfect. You got to have some blemish. This is something that’s not new. With the Lakers, that’s a great spotlight” – Spears

“He’s a mediocre free throw shooter. This is the one Achilles heel” – Jackie Mac

Should teams tank for Zion Williamson and RJ Barrett? by Kevin Pelton (E+)

“I hope not. They still have to dance” – Jackie Mac on whether Dances with T-Wolves will be canceled or not

“They can be special. What I’d do: Call Kevin Garnett or Paul Pierce to come meet with you. They have to be on the same page. All three of them need to spend time together off the court and figure each other out. Jimmy has to fit in more” – Spears

“You got to put JJ Redick into the starting lineup with these guys. They become your ‘Death Lineup'” – Jackie Mac

76ers chances to win East after trading for Butler? 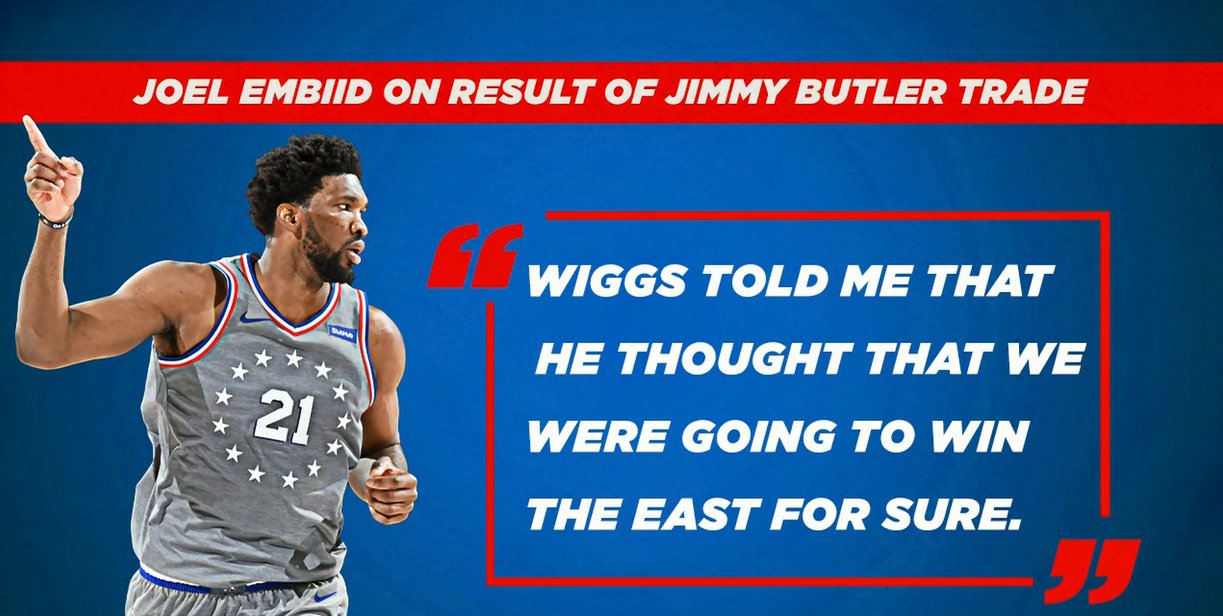 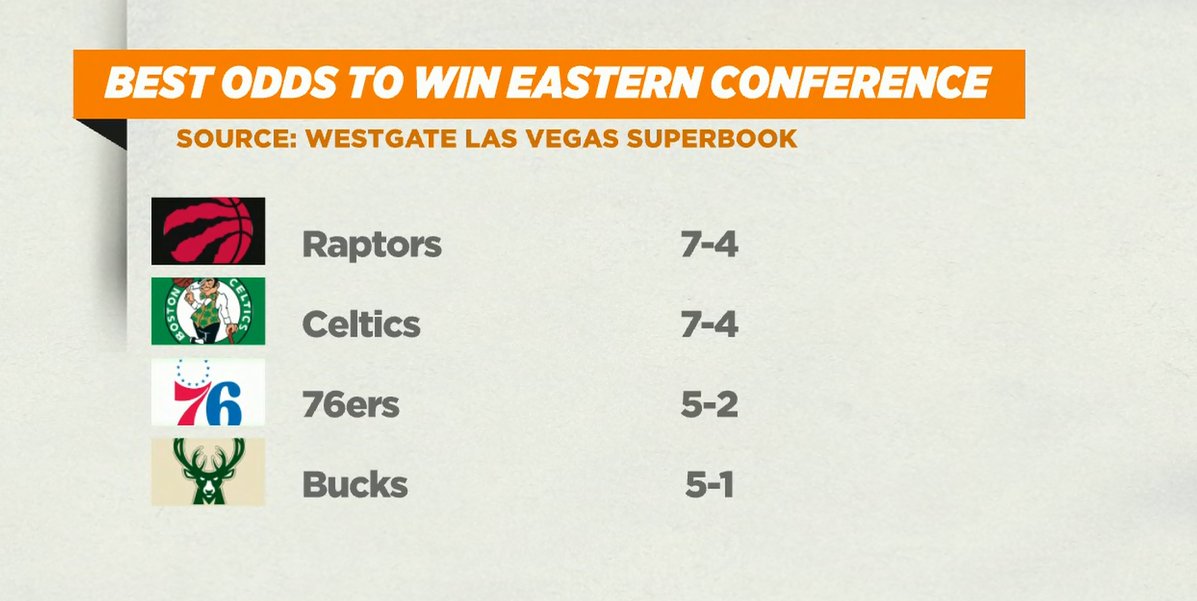 “Toronto has earned the right, for now, to be the favorite. I expect (the Sixers) them to pick up a veteran shooter at some point. I don’t think they’re done for the season by any stretch” – Jackie Mac

“If Wiggins would have grew up in the States instead of Canada, maybe he’d be a lot tougher. He has to become something that he’s not. He’s not Jimmy Butler” – Spears

“They got publicly spanked by Jimmy Butler. Going forward, did they learn anything from it or they just going to forget that it was ever said? I hope they learned a little bit from it. They’re both very fine basketball players” – Jackie Mac

Kyrie looking for Celtics to add a “15-year Vet”

“These guys will be fine. But they were interested in Jamal Crawford. But the reason he didn’t go is because they wouldn’t guarantee him playing time like the Phoenix Suns could” – Jackie Mac

“This is all about (their) offense” – Jackie Mac

Did Blake Griffin deserve ejection?
Was ejected for a flagrant 2 foul on Malik Monk (Hornets)

“He didn’t mean to hurt him. I don’t like those undercut plays” – Jackie Mac 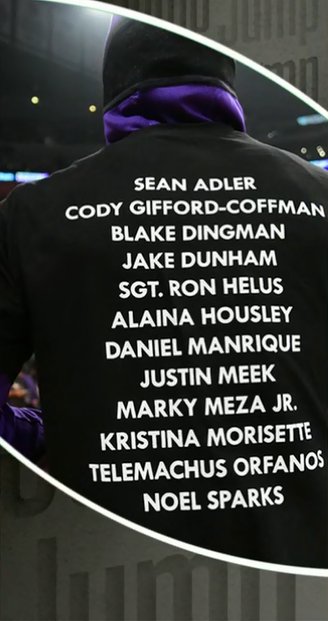 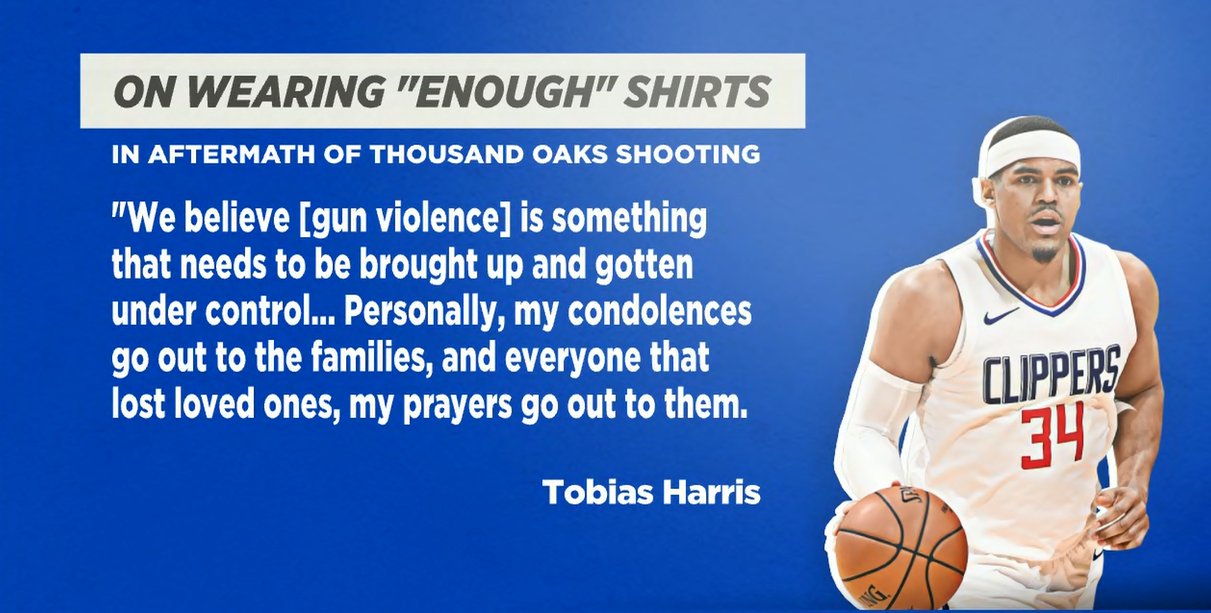 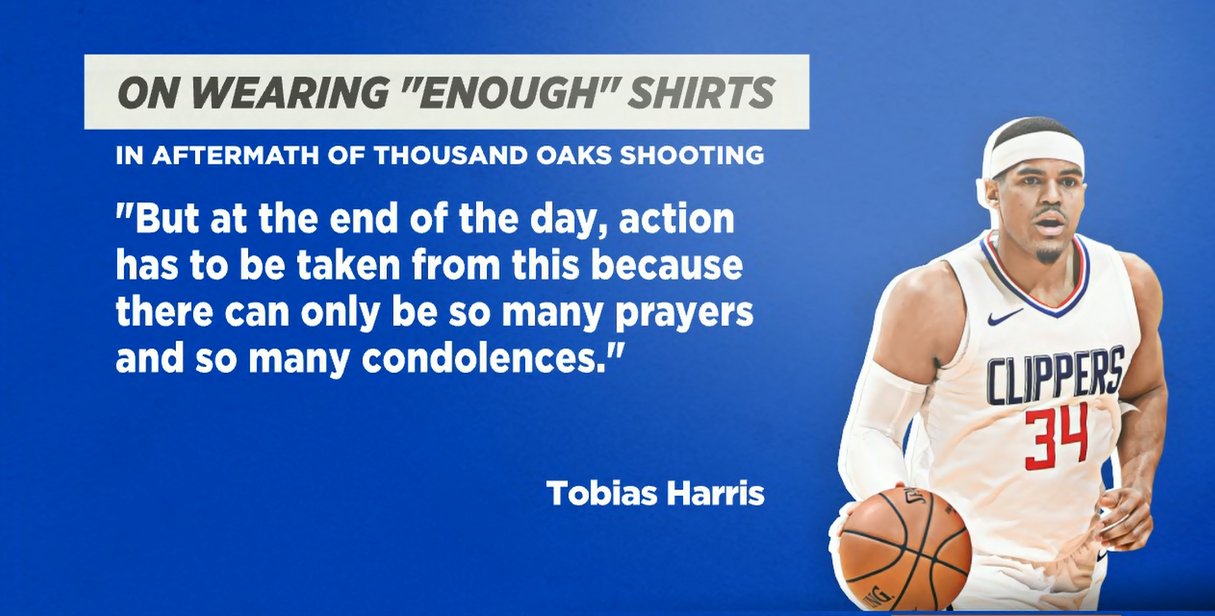 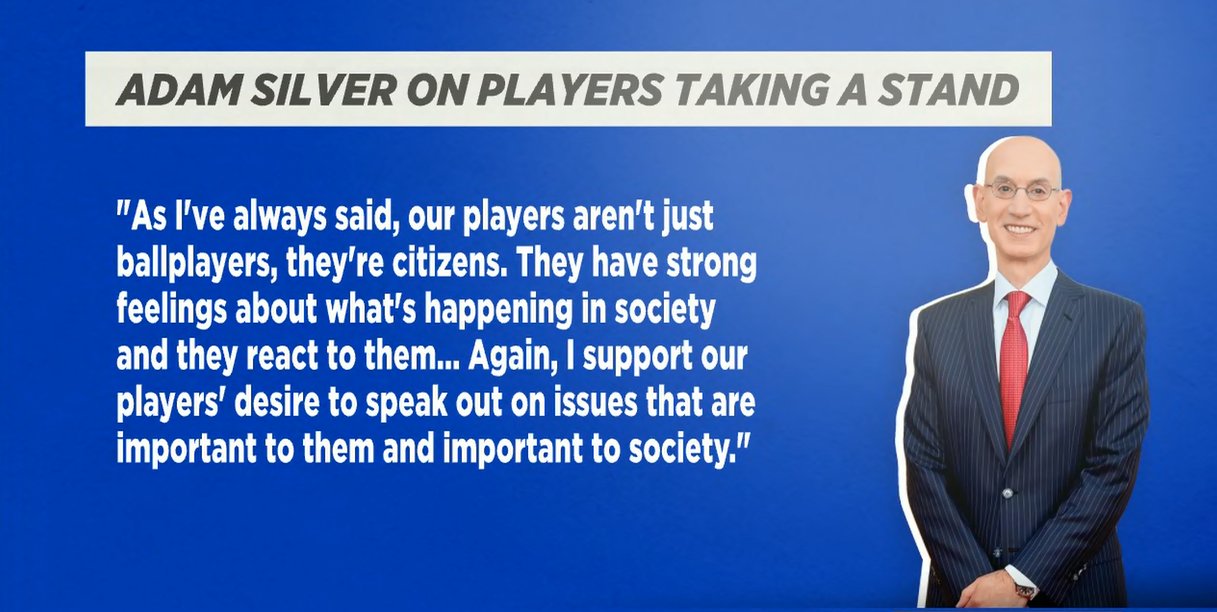 What’s next for Melo?

“Keep an eye on Miami, Philly is interested…but not the Lakers” – Spears

“I’m sorry Carmelo. That’s what you are now. Figure it out. You got to come off the bench” – Jackie Mac

Heat in trouble after striking out on Butler?

Happy Veterans Day from The Jump!