Be honest: How many times have you watched this? pic.twitter.com/c2l1lBEfwN

Monologue: 76ers are still figuring it out & that’s okay

Fast forward to this fall…

Ben Simmons put it just as: “We just had fun”

Is 76ers first road win a turning point in the season?

“No. I don’t think so. Did they sign [Marco] Belinelli back? Did they bring back [Ersan] Ilyasova. This is my worry about this team: Not getting better in the off season. They’ve actually gotten worse. They took a step back” – TMac

“We all know that you get signature wins throughout the season that can boost your confidence and this was a signature win for them. This could be that game [the win over the Pacers] for them” – Pierce

Simmons and Fultz not a good fit?

“They just need more shooters around them” – Pierce

“That was a huge pickup and it was right on time. His ‘veteranism’ in the locker room. He’s a champ” – Pierce

“Having somebody like Tyson with the championship pedigree, has been a defensive player of the year in this league knows how to get extra possessions which he showed last night on the offensive end. That’s what propelled them to a win” – TMac

“He did get fouled. You clearly can see he wasn’t able to follow through on his shot” – TMac

“How many times do you get a call at the end of the game, with the game on the line? The ref lets you play through some things and that’s the good part” – Pierce

But before that, TMac wanted to give some praise to Heat center, Hassan Whiteside:

“Monster game last night. Where’s the consistency? This is what he can do and that’s why people always getting on him because this is his potential and he doesn’t show it”

“The guys in the locker room, they should get over this quote. This is first of many that they’re going to hear throughout this season from Pop” – TMac

“No one in the NBA wants to be considered soft” – Pierce

“They got the ‘veteranism'” – Pierce

Shocked by Nikola Jokic attempting only one shot? 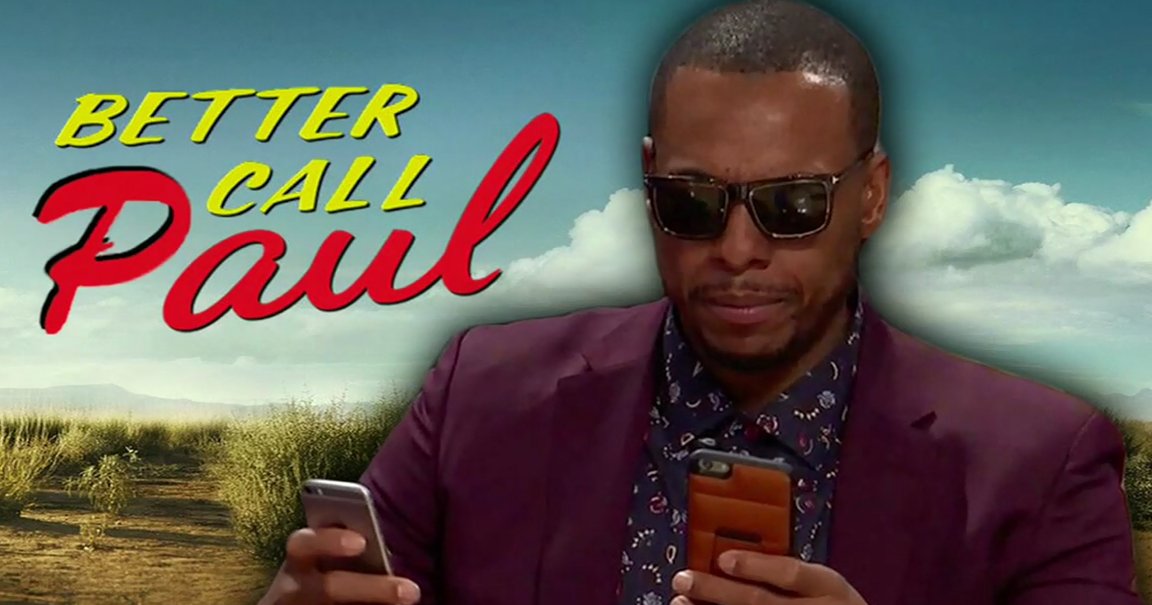 “They’re built similarly to the Celtics with this roster. They are deep and well coached” – Pierce

“You are a supermax player. This is what you are capable of doing night in and night out. He can do this against the best of the best. If he miss games, they’re not going to win it’s just that simple” – TMac

How to climb out of the fantasy basement:

“That is a problem. You choose your players and you don’t set your lineup. You don’t pay attention to who’s got more games in a given week” – Snellings

“Guys that have been not able to play because of injury, but they will be getting back onto the court in the next month or so” – Snellings

Aaron Gordon does the Mailman pose!

Reminder: Pierce used to throw it down too!

“They’re going need him to be consistent and knock down shots. Be a threat at the end of the game” – Pierce

“They need him to be ‘Olympic Melo’ I saw it in the Brooklyn Nets game. He’s a knockdown shooter” – TMac

Celtics at Suns – 9pm ET | “If you know me, I’d never be one to complain about playing time” – Terry Rozier (Via Bill Simmons and The Athletic)

“This is just the media trying to divide a team” – TMac

“This team needs to stay together and see what they can do this year in the playoffs. Nobody should think about any trades for the Celtics” – Pierce

Veteraness: A veteran who has been around the block a few times, who has an influence in the locker room

Veteranism: The veteran who’s also been around the block a few times, has respect and comes through in clutch situations