Is Kevin Durant an underrated dancer?

Monologue: Not all wins and losses are exactly as they appear

Meanwhile in the other locker room… 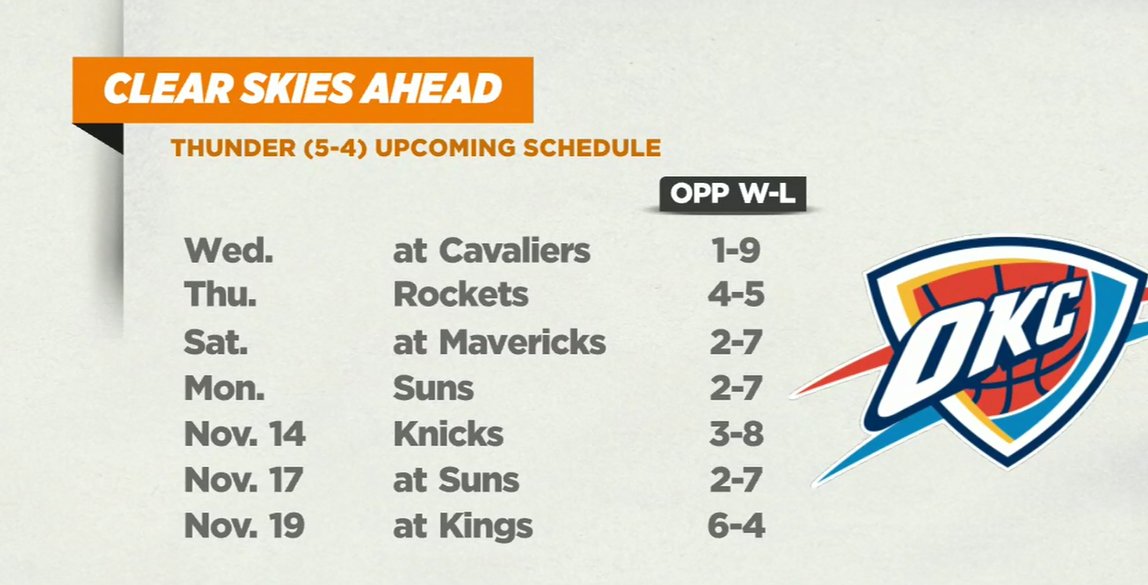 “I don’t think it’s going to be that bad. I’m not concerned. Even if he misses some (upcoming) games, I still think they can come out with a winning streak” – TMac

“To me, that looked like a Grade 2 ankle sprain” – Windhorst

“You could just tell by the mood in the locker room, as we saw from Steven Adams,  that they knew it was not going to be a couple of days. It’s probably going to be a little longer. The schedule is favorable, but they had just been getting going” – Windhorst

Too soon for Pelicans fans to panic after 6-game losing streak? 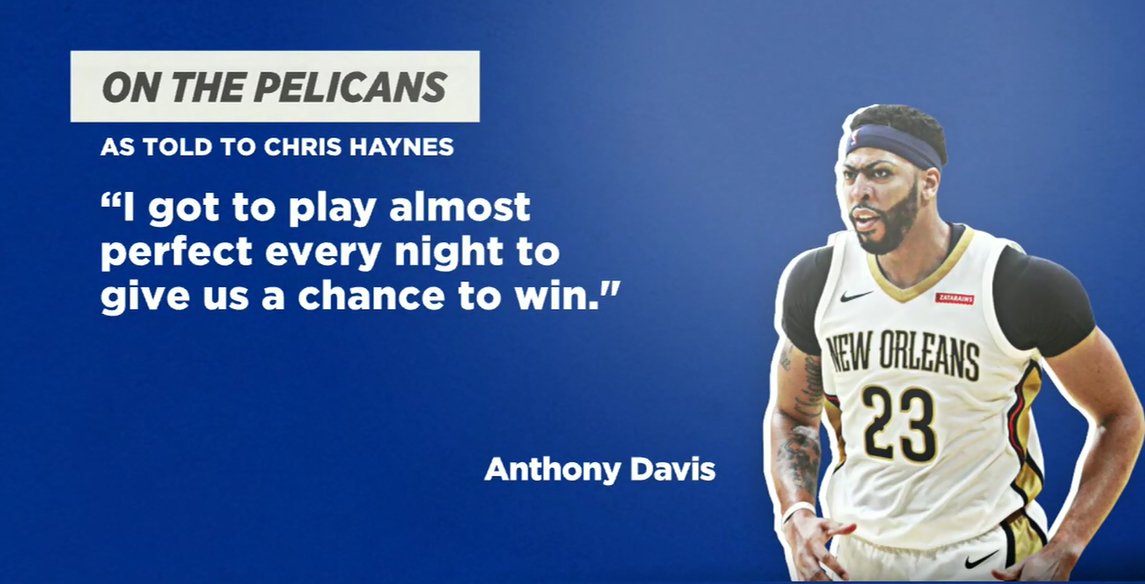 “Their wins and losses are predicated on AD’s health. Right now, they’re not playing great basketball and he’s not playing at the level that were accustomed to seeing him play” – TMac

“Being around the Pelicans earlier in the season, it feels to me like it did with LeBron and the Cavs back in 09-10 where they knew the contract was coming up. Whenever there was a setback, there was that anvil always creaking over their head. And that’s the way I feel like it is. I know the feeling of what it’s like to be around a team that’s worried about their player leaving” – Windhorst

November 6, 2008 – Brandon Roy with the game winning 3 pointer vs the Rockets!

To make up for the mistake… 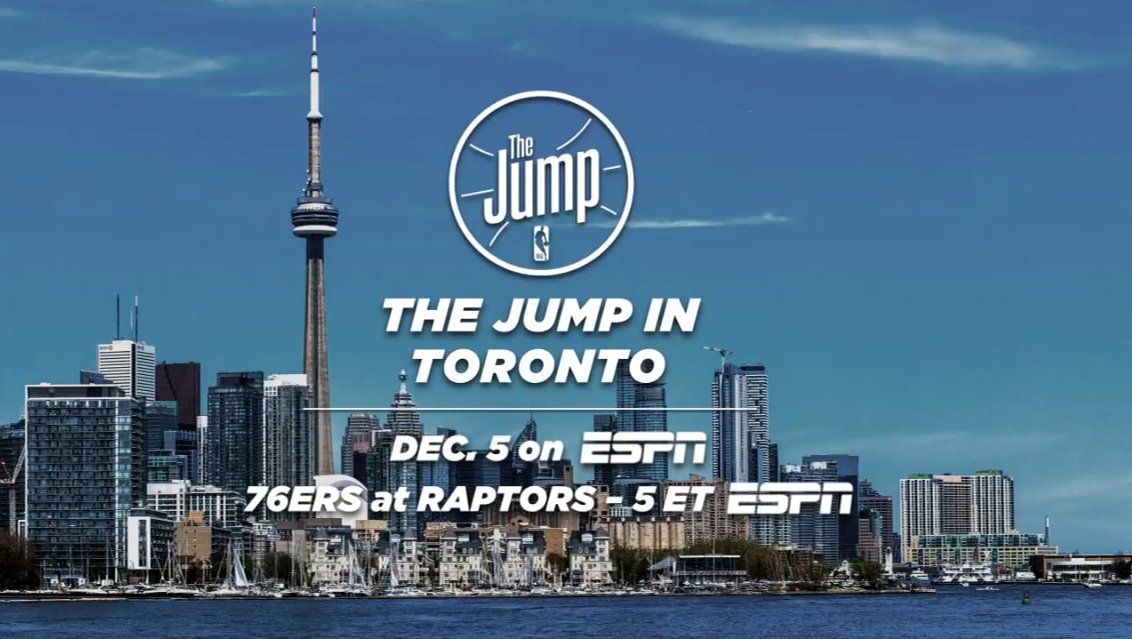 Comfort; Would you rock this jumpsuit?

Giving up; Happy to finally see some defense this season?

Exposure; More than 200 G-League games coming to ESPN+ (As part of a multi-year agreement)

Coordination; Ever seen a more creative finisher than Kyrie?

Was Jamal Murray wrong for trying to get 50?

Kyrie Irving threw the ball into the stands after Murray’s missed shot as the buzzer sounded:

Then Irving had this to say postgame:

“Congratulations to him having 48 points. He did it in a great fashion against us. Our defense has to be better. The ball deserves to go in the crowd after a bull***t move like that. So I threw it in the crowd”

“Everybody knew I was trying to go for 50. That’s the problem. I didn’t mean no disrespect. Like I said, my emotion just took over. I really just kind of lose myself sometimes”

“I understand Kyrie’s frustration. It’s an unwritten rule. You have wrapped up the game. If that was me, I probably would have did the same thing, despite what the score is. You don’t get 50 everyday” – TMac

“The answer is: ‘Alright Jamal. Will see you again'” – Windhorst 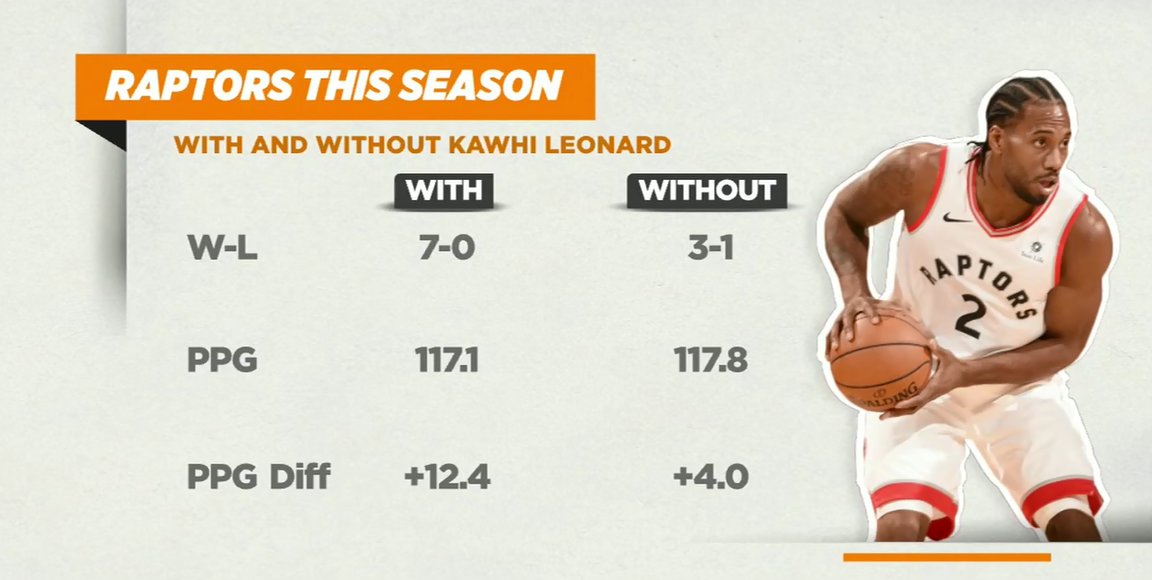 “Talking to people around the team: To a man, they all said Danny Green has been a huge difference. This is what they won’t say publicly. They think Green is a huge recruiting tool when it comes down to it with Kawhi Leonard” – Windhorst

What’s wrong with the Jazz? 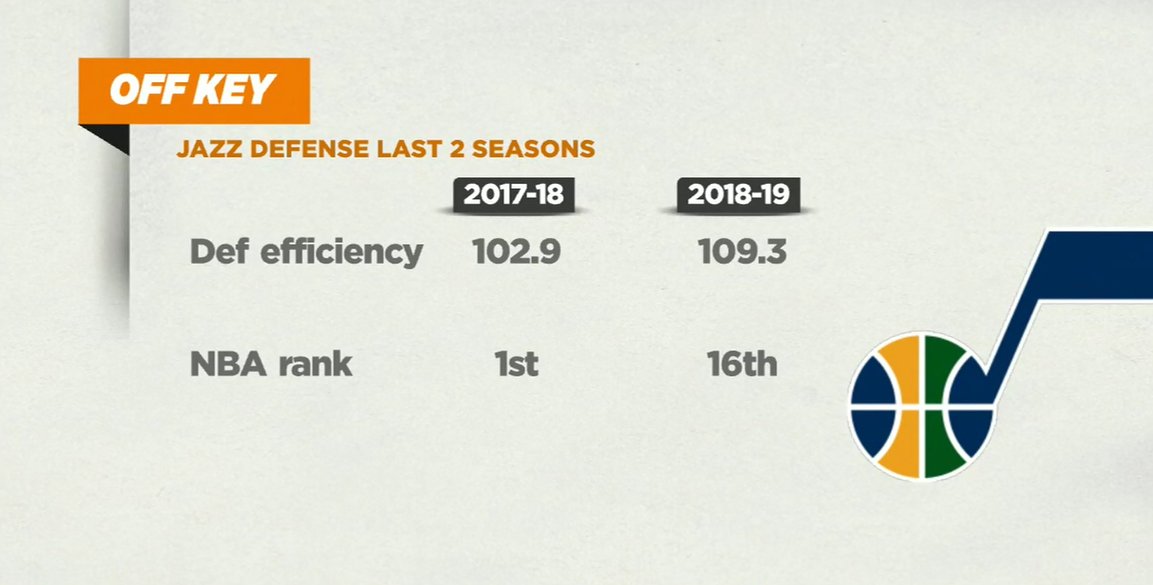 “One of the things that has been giving them big trouble is Derrick Favors, the guy they gave a big contract to in the offseason. He has struggled as the second team center. They’ve also had a tough schedule” – Windhorst

“This team really relies on Donovan [Mitchell] in terms of scoring the ball offensively.  He’s been off to a shaky start. He hasn’t been healthy. [Rudy] Robert hasn’t really been the rim protector like he was last year. I don’t feel about this team like I felt last year. They had swagger [second half of last year]” – TMac

Are Rockets finally taking off?

“I’m ready to declare everything ‘*hokey dokie.’ I thought it was a nice step forward and it gave the Rockets some momentum I would think” – Windhorst
*not an actual saying

“They have a tough matchup coming up against OKC. Let’s see if defensively they can get back to where they were last year. I’m not worried about the offense” – TMac

November 6, 2008 – Jamal Crawford throws the ball off the backboard and slams it home!

Larry Drew: 1-3 as Cavs coach this season| Expectations for Cavs under Larry Drew? 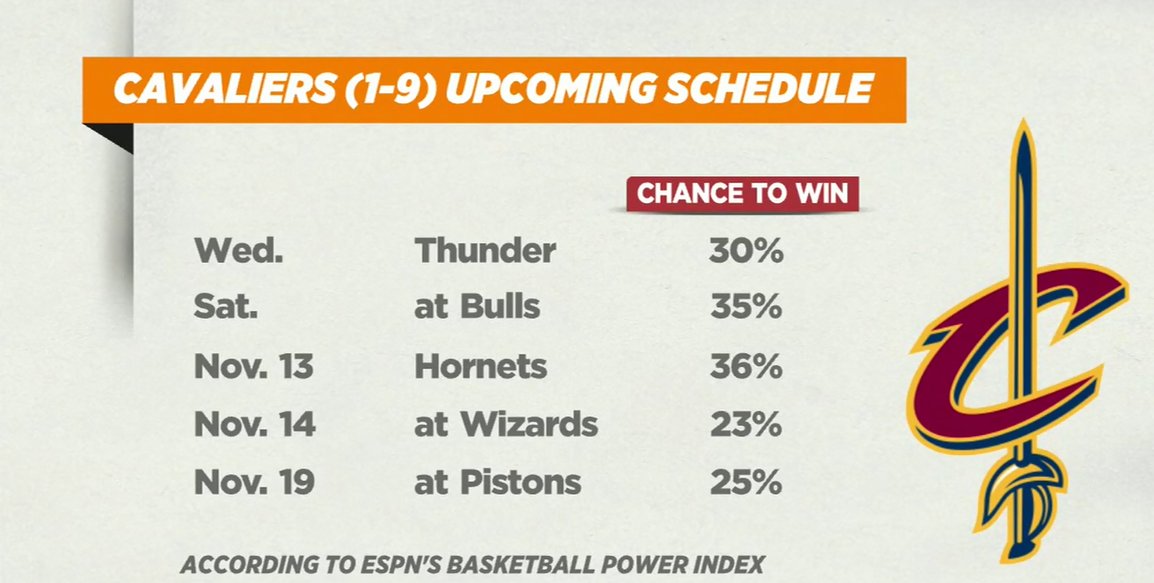 “LeBron is gone. We can still be competitive in the Eastern Conference. You’re playing your veteran guys thinking that you still have a run at making the playoffs” – TMac

“I was coaching to win the game”

“The veterans are frustrated the way this is going” – Windhorst

“He needs to take a seat, sit back and learn from George Hill” – TMac

“It’s not going well. It’s now becoming an issue. He’s getting combative with the media. He’s getting more frustrated” – Windhorst

“If they trade him, they have to make sure they get great value back” – TMac

“They don’t have a franchise star. I would be interested in joining the Clippers if I was a major free agent” – Windhorst speculating whether Butler will be on the Clippers in the future

Wall trade might be Wizards best move by Zach Lowe 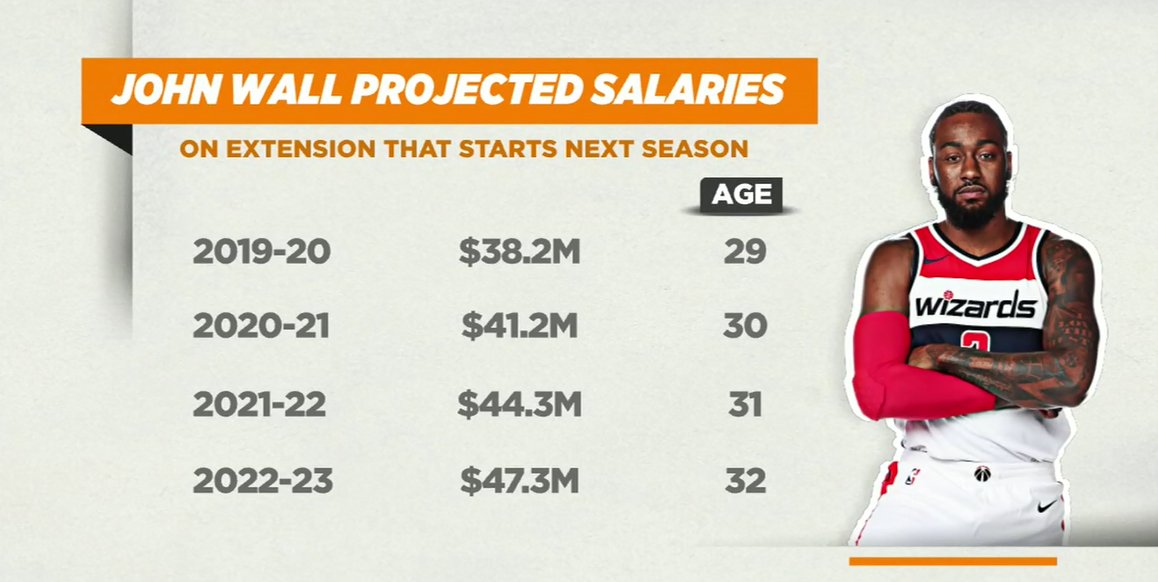 “This is my problem with Zach’s point: The other teams know that. They don’t have to wait for The Jump to tell them” – Windhorst

Flashback to the time when Tracy McGrady kicked a ball into the stands…Twice!

“I kicked it the first time and I was walking to the bench and somebody threw it back and it happened to come my way. I grabbed it and I booted it again. And that was the night I scored 10,000 points”

Bucks chances to win games on their 4-game road trip, according to ESPN’s BPI:

“This is a test because these guys are off to a tremendous start. Giannis is playing at an MVP level. I want to see how they fare going out West” – TMac

“They’ve had a very great start, but they’ve also had a home-friendly schedule” – Windhorst

I know it’s not tbt but just read the shirt. I don’t wanna hear about what size the shirt is or the phone clip, just go VOTE dammit…🤣🤣 #voteordie