For a Lakers jersey!

Although he’s no longer the player who helped upset LeBron’s Miami Heat in the NBA Finals, Chandler (36) is still going to be welcomed on a team that’s as desperate for size and rebounding as the Lakers are

“Yeah, we’re not going to fire him. He’s our coach, we supporting him, and that’s it.” – Magic Johnson

Where does Luke Walton go from here?

Elhassan breaking down film of the Lakers struggles:
Starts at the 1:29 mark

“This is a flawed roster” – Windhorst

“Magic is holding him to an unreasonable standard” – Windhorst

November 5, 1999 – Charles Oakley with the alley-oop pass to Vince Carter vs the Nets

Surprises; Are we seeing the resurgence of the Shammgod?
Omari Casspi (Grizzlies) doing it against Josh Jackson (Suns)

First it was Brandon Ingram on Saturday…

Synergy; Does this play belong in Springfield?
Wolves/Warriors game on Friday night

Should 41-year-old Vince Carter enter the dunk contest?
Follow-up jam vs the Heat: 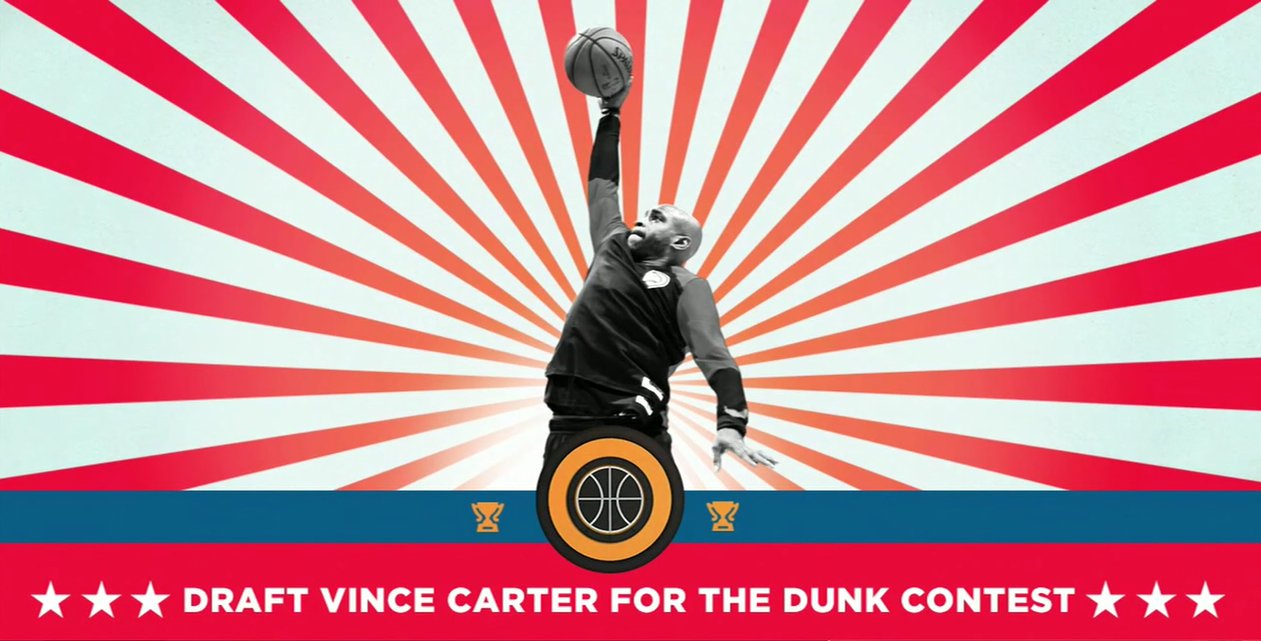 Aggression; Who made Giannis mad?

Will Rockets “defensive coordinator” (Jeff Bzdelik; pictured below on the left) coming back make a difference?

“The Warriors, when they saw what happened this summer and they saw that Mbah a Moute and Ariza left, their smiles had to be so big. Until they get those players like that back, or even one of them like that back, I don’t know if we can see the same Rockets we did last year” – Windhorst

“You (Rachel Nichols) talked about July 10th. We knew these problems were apparent for the Lakers. This is my version of that. We knew as soon as those two guys (Mbah a Moute and Ariza) went out the door, the Rockets were not going to be a good defensive team” – Elhassan

How Raptors are making their case to keep Kawhi by new ESPN’er,Tim Bontemps

Windhorst: Something
“He’s been so happy. He’s so much more comfortable playing the five”

Elhassan: Something
“I urge him not to abandon the three point shot all together”

Elhassan: Everything
“He’s right to do this. He’s got to protect his investment. He’s trying to preserve himself for that next contract”

Windhorst: Everything
“What’s his next move when they don’t trade him for 3 more weeks?”

Windhorst: Something
“He wants this shot”

Elhassan: Everything
“He’s saying: ‘I’m not going anywhere.’ That’s the growth of a player”

Elhassan: Nothing
“That’s what he does. He makes us laugh”

Windhorst: “Drummond better hope this is not Everything”

“It was abrupt for me. It was unexpected” – McDonough

“There has been a lot of turnover in Phoenix” – McDonough

“It was after our 3rd preseason game. I viewed the roster as not fully completely. But just the timing of it was surprising. I appreciate the opportunity (Suns owner Robert Sarver) he gave me” – McDonough

“How public some of the conflicts with the players became” – McDonough

“We could have done better internally from ownership, in the front office and our coaching staff in terms of communication with the players and vice-versa” – McDonough

How close are Suns to completing their #Timeline?

“I don’t think they have a ceiling long-term” – McDonough

“Devin Booker is an elite closer. You saw that last night” – McDonough

November 5, 1999 – Clifford Robinson with the no look tip pass to “The Matrix” aka Shawn Marion who finishes with a one handed dunk! 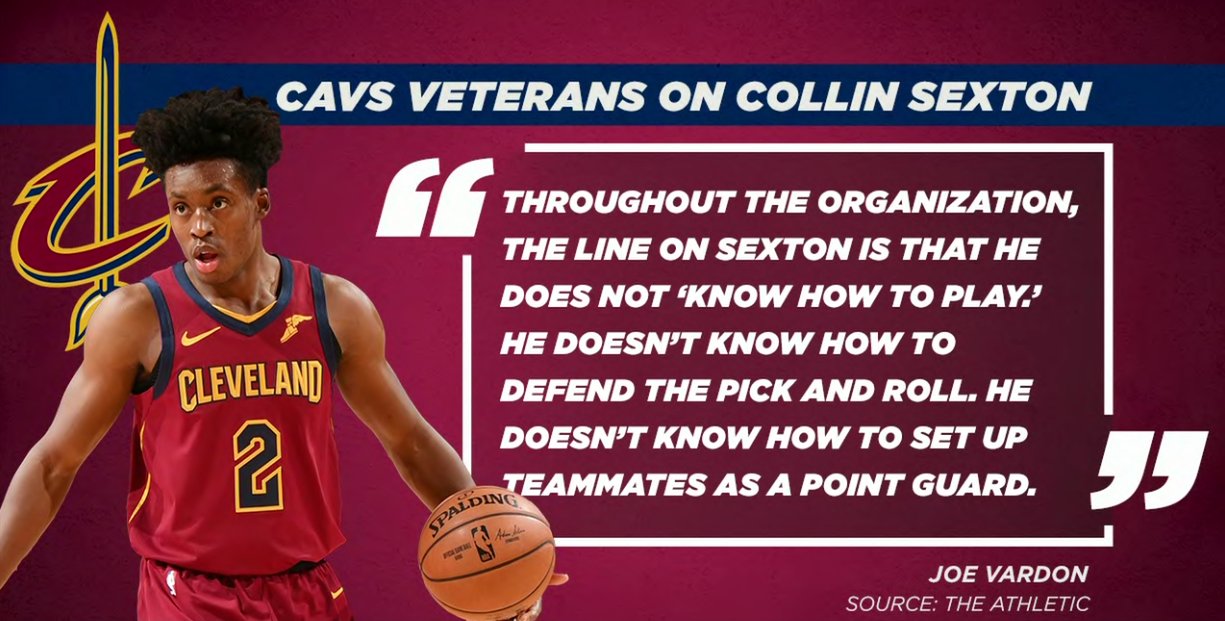 Huh??? Man he’s a rookie and we’re 8 games in! Veterans are suppose to teach him and watch film not give your quotes about a BS article https://t.co/54NxGM4EbX

“I’m not surprised by any of this. He’s a rookie PG in his first month on the job” – Windhorst

“The Cavs vets are right, but maybe they’re wrong to let it out” – Elhassan

How much could Tyson Chandler help Lakers? 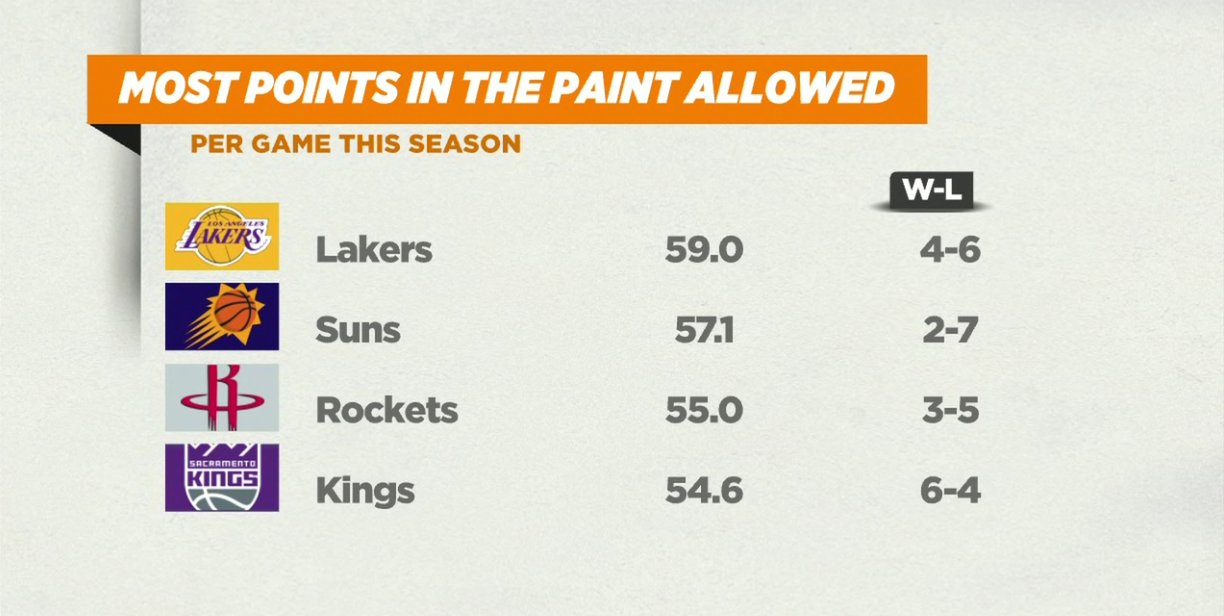 “This is one of the worst defensive rebounding and defensive teams in the league. You add a guy like this, I think this helps” – Elhassan

“This is a very nice rational move, getting a guy who is a backup at this point of his career on a minimum contract. Why wasn’t it done in July?” – Windhorst

Are Nuggets good or really good?

I misspoke. Wanted to say they are worse this year at opponent qSQ (quantifies shot quality) https://t.co/GVYwp5JN1R