Senior NBA Insider, Adrian Wojnarowski only appears at the top of the show to talk about the Lakers 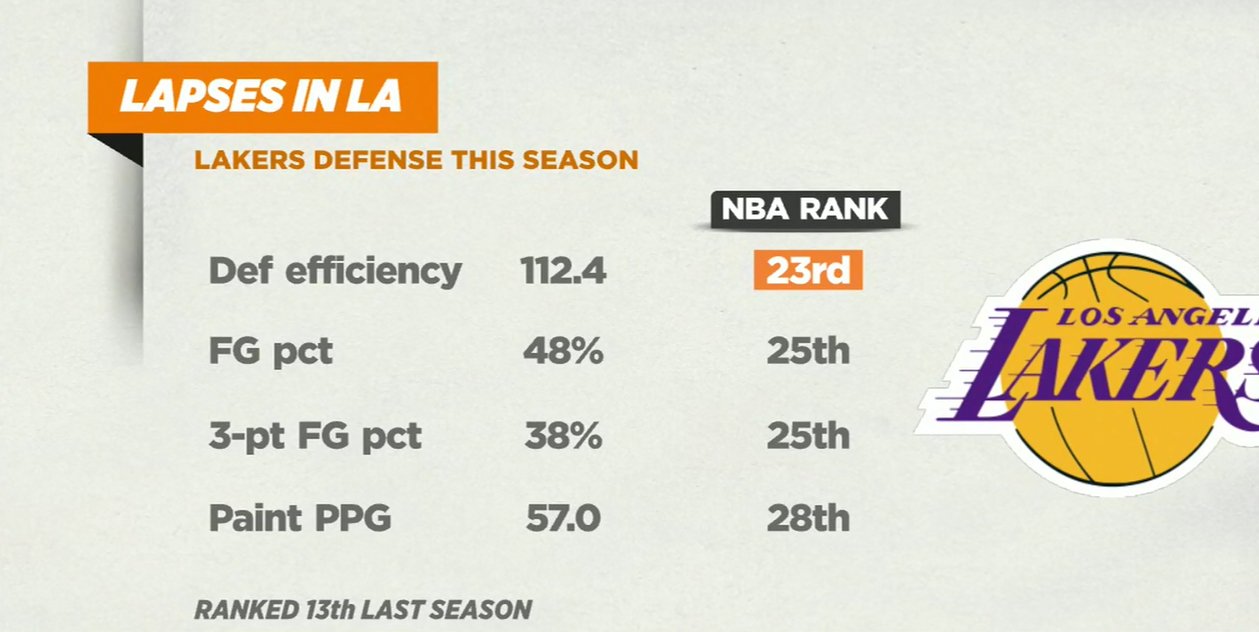 “It was a biting meeting. The tone of it made it’s way all the way up to Jeanie Buss. This has been Magic’s management style with the Lakers” – Woj

“Magic wants to be on the court. He’s going to let Luke Walton know: ‘You’re not going to be comfortable here.’ It’s really about trying to make sure that they’re pushing forward and trying to get better” – Pippen

Following up with Pippen’s comment about Magic coaching the Lakers:

“I would be shocked if Magic did coach” – Woj

“Remember: Magic Johnson and Rob Pelinka did not hire Luke Walton. He was hired with Jim Buss and Mitch Kupchak” – Woj

“To make a change on Luke Walton, that’s a decision that would be shared at the very highest level of the organization” –  Woj

“I would try to create a better relationship with LeBron James. The relationship between LeBron and Luke Walton has to work” – Pippen

“It’s really all about: How much is LeBron James going to stand up for Luke Walton now? Is he willing to speak up for him? Does he have that confidence that Luke Walton can get him to the championship, or in the playoffs?” – Pippen

November 4, 1996 (Heading into the weekend) –  Scottie Pippen with the extension dunk on the Celtics!

Monologue: Celtics won 4 straight…and are starting to feel themselves

Marcus Morris: "In the pick-and-rolls I think the big was lagging back. So it was like almost practice shots for me personally. It was pretty cool though."

Don’t believe him? Check this out:

“Get’em up. They’re wide open. If they’re going to play defense like that, then I don’t see why not” – Irving

Does the East go through the Celtics?

“Yes. For sure. I don’t think we were ever fooled when they got off to a bad start. They’re already in playoff form” – Pippen

“The defense is elite, we all know that. The offense: Glass half empty: Bottom third in FG% and offensive rating. Glass half full: Top 10 in assist percentage and turnover percentage. They’re just not making their shots. Eventually, the shots will start falling ” – Elhassan

“These guys are not playing to just be playing, they’re playing to win basketball games. They know they have a championship team” – Pippen

Bol Bol; Ready for Bol Bol (Oregon Freshmen) experience?
He is the son of the late Manute Bol
Scored 19 points in an exhibition game

Fundamentals; Why are Portland fans so bad at Tic-Tac-Toe?

Ingenuity; Which new uniform is your favorite?

We heard about this guy in Oakland that we should try out… fun day in the Bay with @StephenCurry30 and the @Warriors! #DubNation pic.twitter.com/c3ccszRSMX

God; Why don’t more players use “The Shammgod?”

Westbrook replicated it last night vs the Hornets:

“Youth. It’s the young players. Fox has the motor and that motivates his teammates. But the schedule has worked in their favor thus far” – Pippen

“They play fast. They are using their youth and athleticism to their advantage” – Elhassan

“I love it. It’s greatfor the game of basketball. It’s an outside and perimeter game now” – Pippen

“If I was a player in the game, I would love to be a 3 point shooter now” – Pippen

“People say that because everyone is scoring now that means defense doesn’t matter. Quite the opposite. It means now more than ever, we need smart defenders. Guys who know how to be at the right place at the right time and defend without using their hands” – Elhassan

“This is fun for the fans” – Elhassan

“Coming down and bringing the ball out and calling a play and executing, those days of basketball is done. That’s boring basketball” – Pippen

Boogie scrimmages with Warriors for first time!
Kerr on Boogie: “This is a 1-year deal…that’s the reality”

Here’s a couple possessions of DeMarcus Cousins scrimmaging. One possession he challenges a shot, then leads a break then gets a dunk in transition. pic.twitter.com/VEAA5uT46p

“It’s time for them to be honest. The expectation is that he’s going to come back and probably get in the lineup. He’s not their guy and he (Boogie) knows it. They want to make it feasible for him” – Pippen

“For KD, this is a great for him. They’re going to be better than they were a year ago” – Pippen

“Boogie gives them motivation and they treat him right” – Elhassan

“It’s working but it’s not working the way the fans and everyone wants to see it work. But it’s working. Thibs is controlling this deal. Butler don’t want to let his teammates down” – Pippen

“That doesn’t make any sense. You’re sitting there telling the players that you don’t want them to request a trade. On the other hand, look what happened to [DeMar] DeRozan. It’s not a fair game. You got to allow the players to voice their opinion” – Pippen

“You’re telling me that this is bad for the league? I’m telling you: ‘You’re a liar!!!’ This is great for the league! But he can’t come out and say it” – Elhassan

Luke Walton sitting with Lakers GM Rob Pelinka as the doors open up to practice. pic.twitter.com/k0EmFa6vud

Is Luke Walton officially on the hot seat? (Cont’d)

“It’s not they’re getting run of the gym and they look terrible. They’re losing these games on the margins [of victory]. They’ve had to kind of juggle lineups to try to figure this thing out, not just because it’s a new team and a new collection of players” – Elhassan

“If you look at the games they’ve played already, they probably should be better than .500 right now” – Pippen

“He has to start winning games. Will see how good his coaching is” – Pippen

“The way this was handled was wrong” – Elhassan

“It’s part of the tank. This is a way to get out and get himself healthy” -Pippen