The San Antonio Spurs today announced that they will retire Manu Ginobili’s No. 20 jersey on Thursday, March 28 when the Silver and Black host the Cleveland Cavaliers at 7:30pm CT. #GraciasManu

“He was the one who invented the Eurostep” – Pierce

Brian Windhorst (Second Half Only)

Klay’s 52 points in just 27 minutes is just more points per minute than Kobe’s 81!

Last week against the Clippers, Harden took 9 dribbles just to make a 3 pointer!

Fred Hoiberg on what he said to the guys after their blowout loss to the Warriors (Via Sam Smith):

“The defense was horrendous” – TMac on the Bulls defense last night

“I like him in this role right here. They got a great system” – Pierce

“I rather see a show every night” – Nichols

LeBron: “You probably don’t want to be around when my patience runs out”
When will LeBron’s patience with Lakers run out?

“They got to have a winning week this week” – TMac

“Luke [Walton] is a fabulous coach, but the finger is going to be pointed at Luke and if they don’t turn this around, I’m afraid Luke will be out” – TMac

“These guys are young and don’t know how to win yet. LeBron is going to be patience. He knows what he got himself into” – Pierce

October 30, 2001 – Tracy McGrady with the nasty throwdown on the Raptors!

Buckets; Sign of things to come from Luka?
Scored 31 points on 11-18 shooting in a loss vs the Spurs

Control; How many techs will Lance [Stephenson] bait guys into this year? 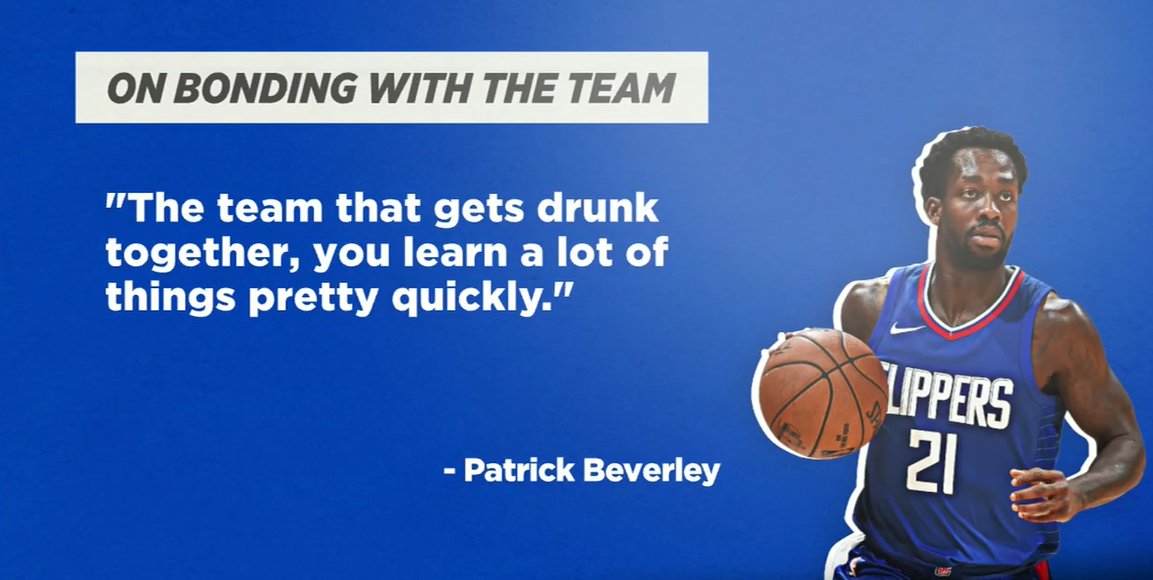 Awareness; Trae Young: Come for the shooting, stay for the passing

Fountain of Youth; Will Vince ever not be able to do a windmill?

What did you learn about Timberwolves last night?

“I didn’t learn anything about them. They’re playing the Lakers” – Pierce

“They didn’t learn anything” – TMac

“This is what he’s supposed to do every night” – TMac

“This is what you expect of him” – Pierce

Gap between Warriors and rest of league even wider now? 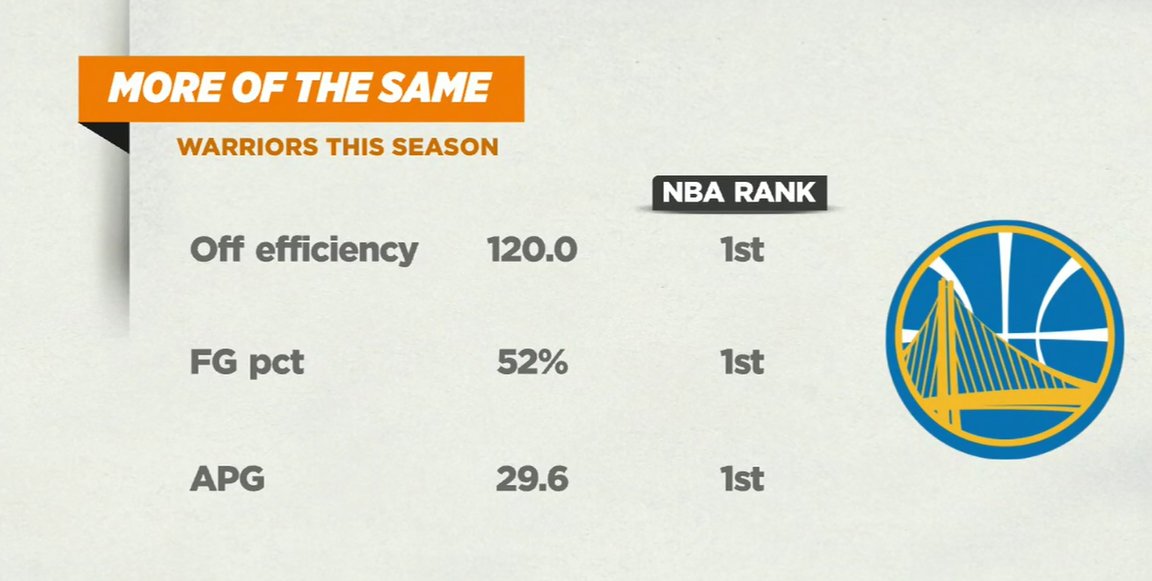 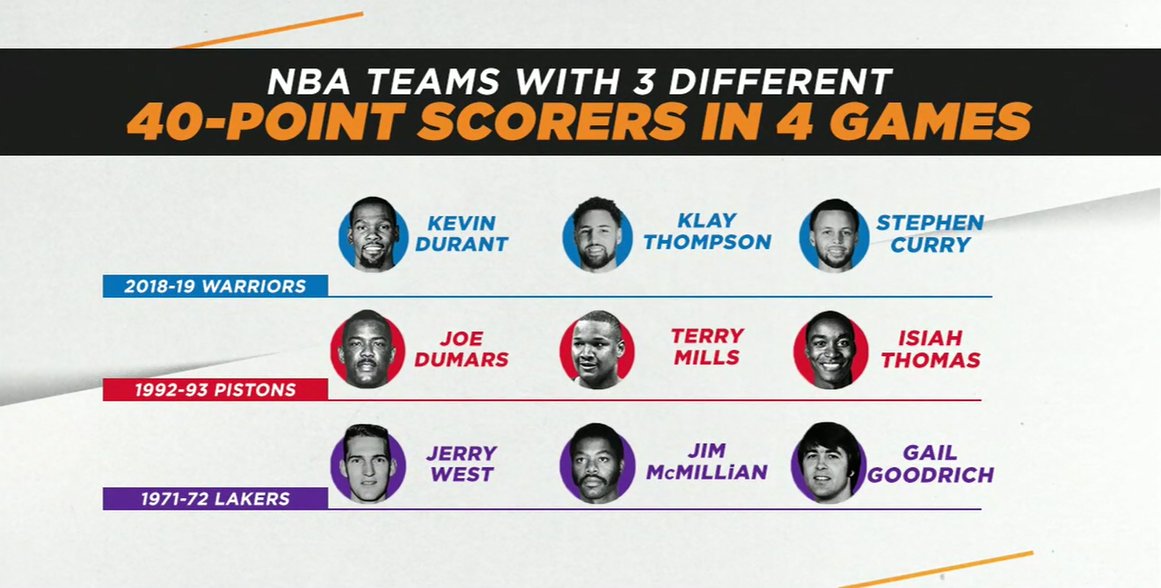 “Their joy is back. This road trip, it was blast” – Windhorst

“We are now seeing the Warriors play great. Look out” – Windhorst

“To have this type of energy and focus is scary” – TMac

“Is it possible all three of them (KD, Steph and Klay) win MVP?” – TMac on whether that trio continue to play that well for the rest of the season

Is DeRozan changing how you view Spurs?

“DeMar is in a perfect situation. He’s being taught by one of the greatest coaches ever” – TMac

“He’s filling that role that Kawhi had last year” – Pierce

“I like that DeMar is smiling. He’s enjoying this and enjoys being a playmaker” -Windhorst

“It’s good for the Cavs to have good news this week because they’ve had a bad week. This is a give back” – Windhorst

Which games will your team lose because of scheduling? By Baxter Holmes

Pierce: Nothing
“He’s learning that you have so many great teammates that you don’t have to put up big numbers every night to win”

Windhorst: Something
“He got a haircut and he was talking about the entire season so far”

McGrady: Something
“I want to see them play against elite competition in the East, like Boston”

Pierce: Everything
“Giannis is the best player in the Eastern Conference. The have to advance [in the playoffs] this year”

Windhorst: Something
“It’s their best start since 1971 which was Vince Carter’s rookie year”

McGrady: Everything
“They’re competitive now. They’re not a laughing stock of the NBA. Hopefully they can continue to play this way”

Pierce: Everything
“I saw him practice every single day. He made them all the time and now it’s carrying over in the game”

McGrady: Everything
“You always want to go into the offseason and come back with something that you can bring to your team and your game. He’s always had a nice stroke”

Windhorst: Nothing
“You don’t improve by 40 percentage points in one year”

October 30, 2001 – Peja Stojakovic with the behind the back pass to Bobby Jackson!

“They got to show that they can beat one of those teams (Pistons, Celtics) if they want to be a contender this year” – Pierce

“They look like a totally different team. It just feels weird with them” – McGrady

“This is the team that we said is going to challenge Golden State. They’re not looking like that” – Pierce

The 2019-20 NBA season will move back one week next year and begin October 22, per league sources. This means the playoffs will also begin a week later. The change is to prevent opening night from occurring too early moving forward each year. The FIBA World Cup was also a factor.

“They should push it back a couple of weeks. Guys need that rest” – Pierce