How did Kawhi do this?

Steve Kerr is no fun…

Had Curry played in the 4th quarter, he would have been on pace to score 68 points!

Many should have saw this coming. Especially when he did this…

How does Steph make this??? 😂 pic.twitter.com/scKJRlnpWH

“I wasn’t even mad that he [Curry] took them. A guy taking 40 footers and you’re on the sidelines going ‘Yeah. That’s a good shot. Good job.’ Explain that. We’ve never seen this before”

Curry tried to pull off an alley-oop to KD, which didn’t work and it ended up being a 4 point play while falling out of bounds…

Then he gave a “Jordan Shrug”

So what brought all this on?

KD on whether somebody from this super team can get enough voting support to win MVP:

“Obviously, narratives plays a big part. I think the MVP nowadays is the up-and-coming star in the NBA award. But it’s got to take somebody to do something like this tonight to kind of breakthrough and change that narrative. Players that have been in the league for a while, that won a couple MVPs, I’m sure the voters tend to overlook them — not meliciously, but just the fact that they’re looking for the next player. You’ve got to wake’em up with games like that. Steph definitely did that tonight”

“How can you not be included in the MVP?” – TMac

“When you have extraordinary performances like this, you can’t leave him out of the conversation” – Pierce

“They’re breaking the NBA, Steph and the Warriors. They’re ridiculous to watch” – Pierce

“It’s a positionless league that these guys are playing in. Everybody is really trying to follow their blueprint of how these guys play” – TMac

NICHOLS: What would you be like in today’s game?

MCGRADY: “I look at some of these guys like James [Harden] and these high scoring guys that are shooting a lot more threes than myself and Kobe shot back in the days, averaging probably 10 3s a game. I’ll average easily 35-40 points a game. Easily. I mean, I averaged 32 [ppg] without even shooting that many threes”

Highlights; The Bulls are 1-3, but at least they’re fun?

Lance Stephenson had too much Power Grip on his hands and needed somewhere to wipe the excess. Lakers assistant coach Jesse Mermuys’ back was the perfect place. pic.twitter.com/YrxsB5w5xI

Struggles; Donovan Mitchell on 3-game slump: “I was in my head”

Jelly; Steph or the field in a game of NBA horse?

Most memorable “After the whistle” plays:

Raptors ahead of schedule?

“This is what I expected. I wouldn’t be surprised if these guys take the No. 1 seed again in the East” – TMac

“You got to give some credit to Lowry, they got a new culture. These guys bought in” – Pierce

The purple-and-red dinosaur that changed the game.

Read about the history of the Raptors throwback: https://t.co/zcDDDk5ySR pic.twitter.com/VUG8c4sTTQ 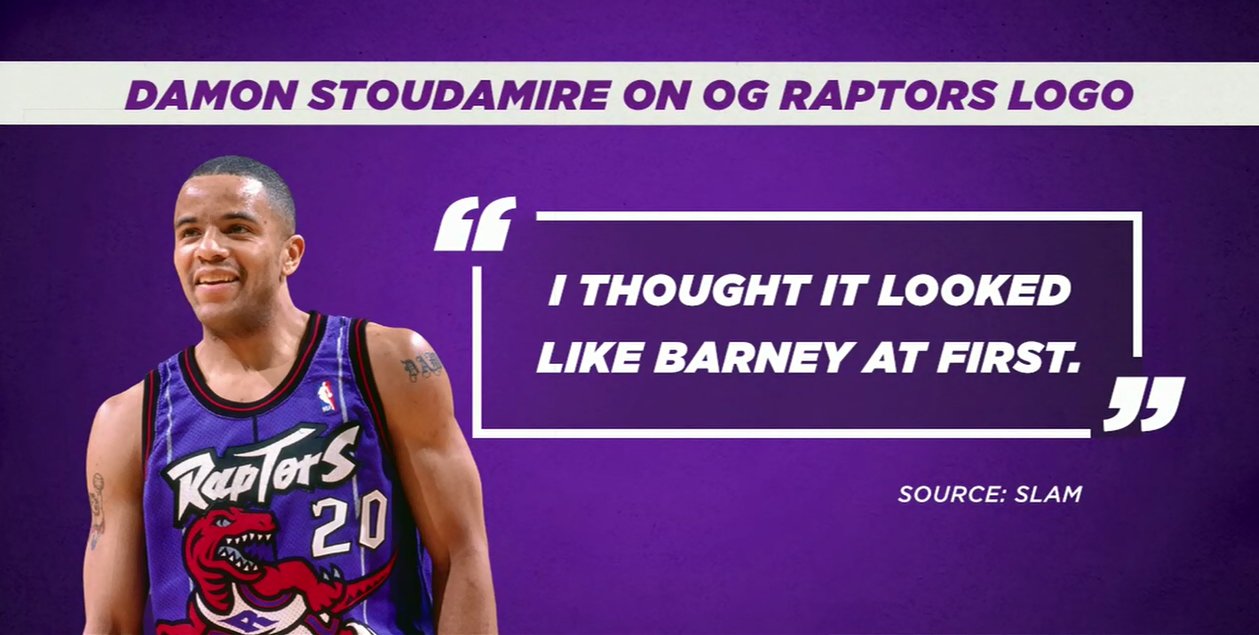 “I loved it. I loved the purple jerseys with the dinosaur in the front” – TMac

“These are the worst jerseys in NBA history” – Pierce

Lakers on track after first win?

LeBron after their win over the Suns and being a better team:

“It feels great. It’s a win period. It feels good for us to know what we’ve been doing over at training camp and [in the] past few games, to continue to get better. I think we’ve gotten better tonight and we want to try to continue that going forward”

“We’re very talented offensively, but I think it’s always going to start with our defense, if we’re able to rebound as a collective group, we have the speed, we have a lot of ball-handlers, and we have a lot of unselfish guys that can move the ball and get guys open shot” 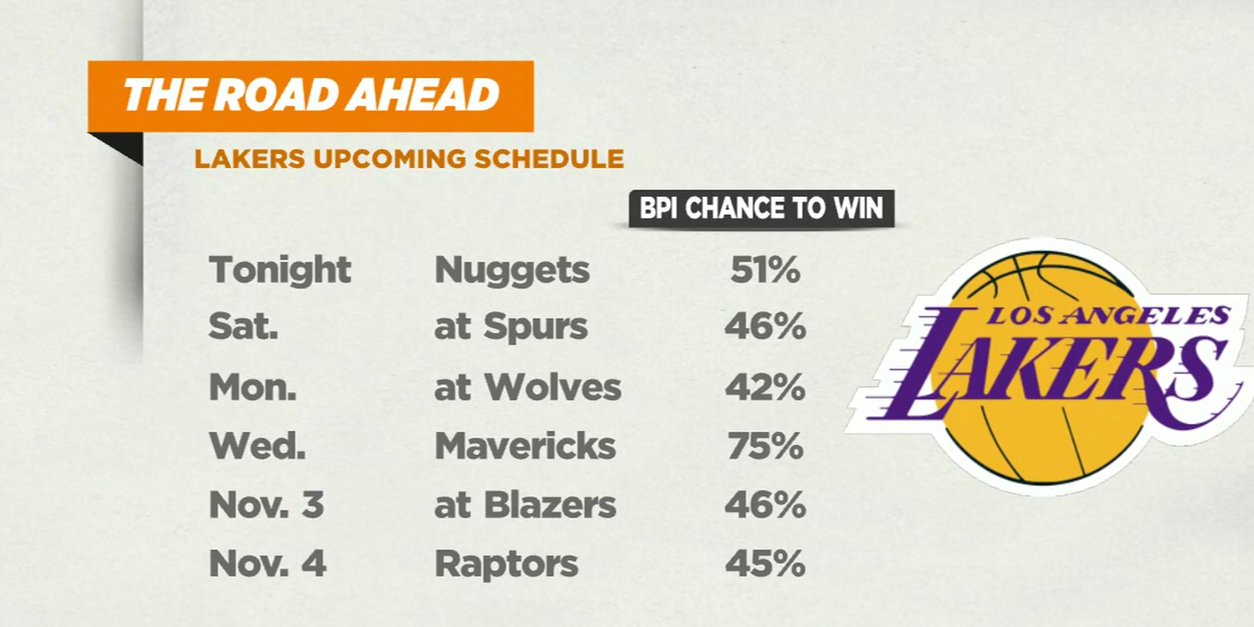 “Right now, they’re just happy to get a win, but they need a signature win” – Pierce

“It’s really not a worthy opponent” – TMac on the Suns

“Are they on track after this first win? No they’re not on track. We don’t know that” – TMac 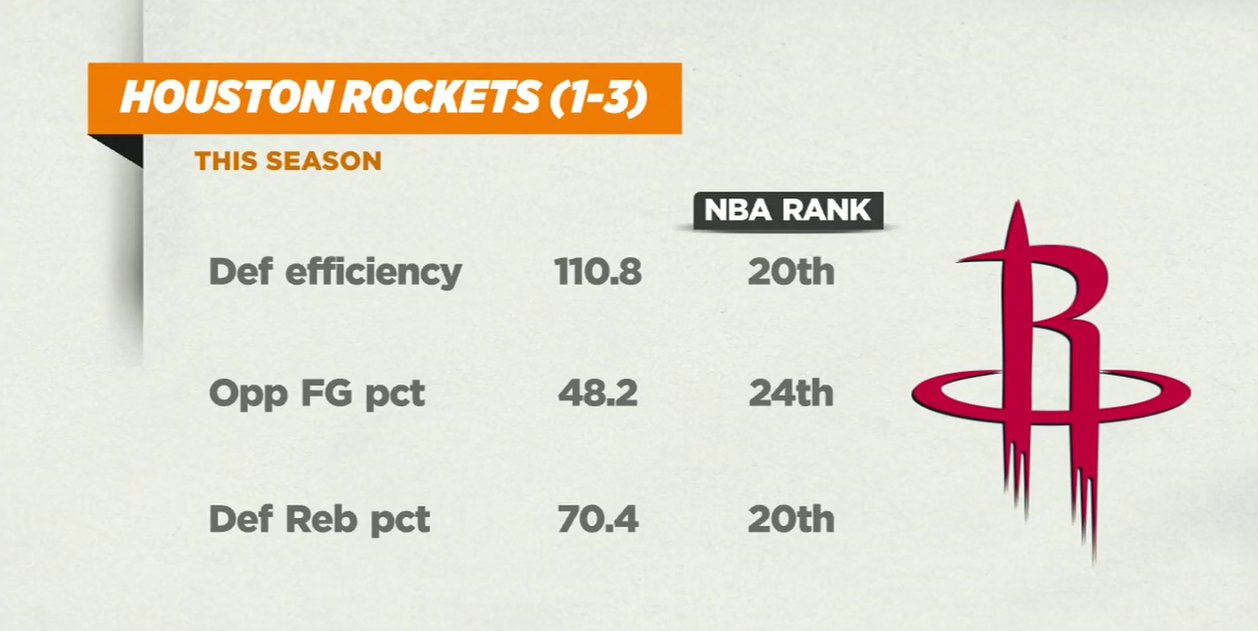 “Yeah. They just need to get James and CP on the court together. They’ll get rolling” – Pierce

“Their defense hasn’t been as stellar as it was last year. Trevor Ariza and Luc Mbah a Moute did a wonderful job of defending with this team ” – TMac

Kobe Bryant’s new book “The Mamba Mentality: How I Play” (Now available)
Excerpts from the book 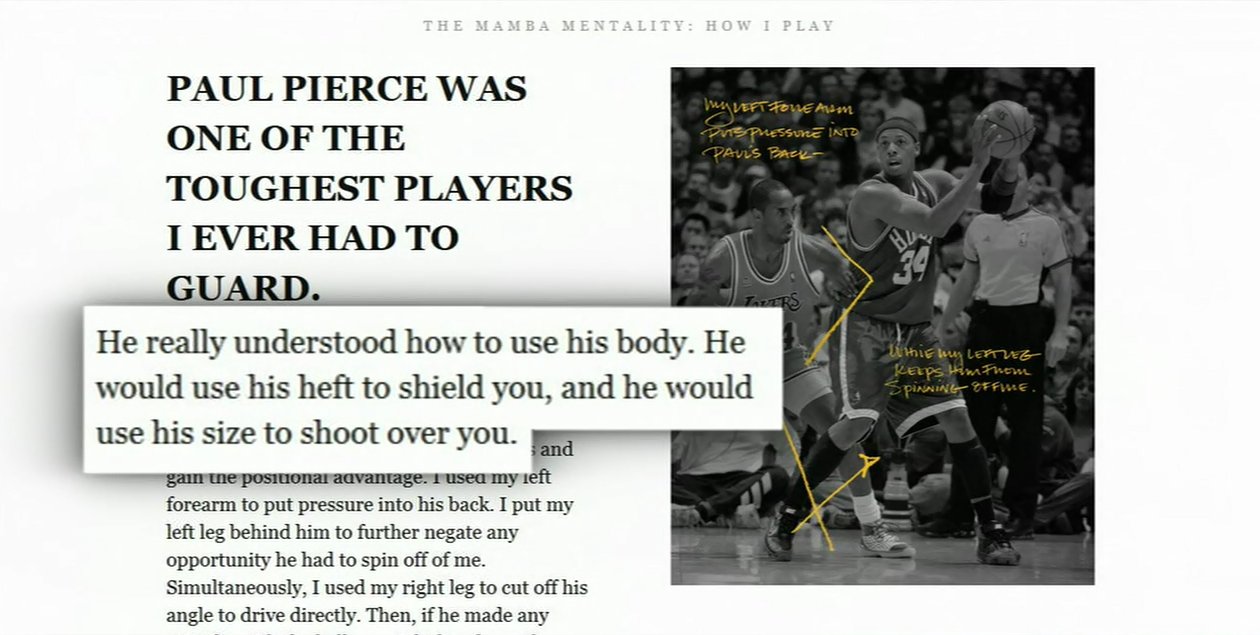 “That’s what I’m talking about Kob! Finally some respect around here” – Pierce

“I was just stronger than him” – Pierce 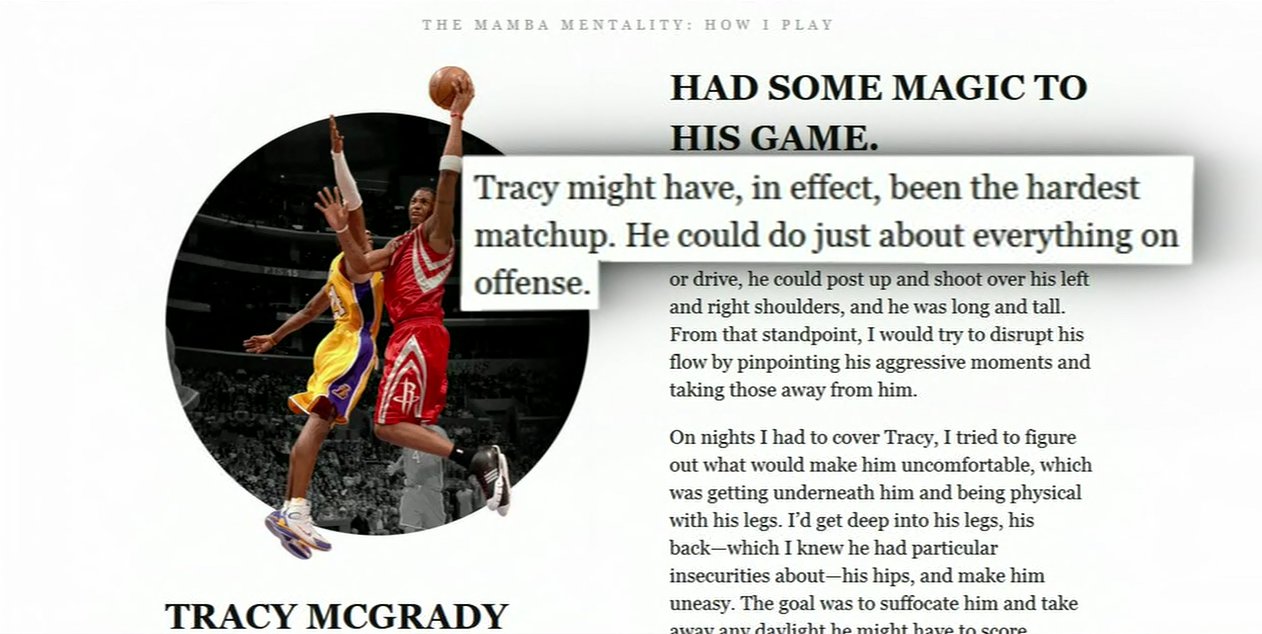 “I just knew how gifted he was going to be. I’m gunning for him. He brought the best out of me” – TMac

“It’s good to hear that from Kobe. He would never, ever say that to anybody while he was playing” – TMac

“He had an all-round game. When I first started guarding him, his first step was tremendous. All game, I wanted him to shoot jumpers. He had every skill in the game” – Pierce

“He had a competitive spirit that I had never seen. There was nothing that he couldn’t do” – TMac

October 25, 1997 – Allen Iverson with the steal, while finishing with the difficult one handed alley-oop lay up!

From last night’s Wolves/Raptors game (Via Fox Sports North)
KAT shoots a three pointer and airballs it. Asks to be taken out. Occurred during the 3rd quarter with 1:18 remaining in the quarter

DAVE BENZ: “And just when you say it, ‘G’ gets up off the bench”

JIM PETERSEN: “KAT just has that look in his face that he doesn’t want to play tonight”

“This is not the KAT who we saw last year” – Pierce

“This is a bad look for your teammates” – TMac

“The Jimmy Butler saga has affected this man tremendously” – TMac

“I never had any high praise on Philly coming into this season. They didn’t get any better” – TMac

“The lost of [Marco] Belinelli and [Ersan] Ilyasova hurt them. They were shooters, they were ball movers and they brought great chemistry and they are veterans” – Pierce

“Toronto knows who their guy is (Kawhi). For Boston, is Kyrie the guy, is Tatum going to be the guy? How does Gordon fit int all this? Once they figure out everybody’s role, then they’ll get better” – Pierce

“They have alot of depth, alot of talent on this team. Alot of guys that can score the ball” – TMac

“One guy who controls the offense and was dominating, they lose him…this is not surprising to me actually” – Pierce who was referring to LeBron

Earlier in the show, the gang talked about how the Raptors got their name and old school jerseys. Nichols put out a poll on whether the jerseys were yay or nay and here are the results: 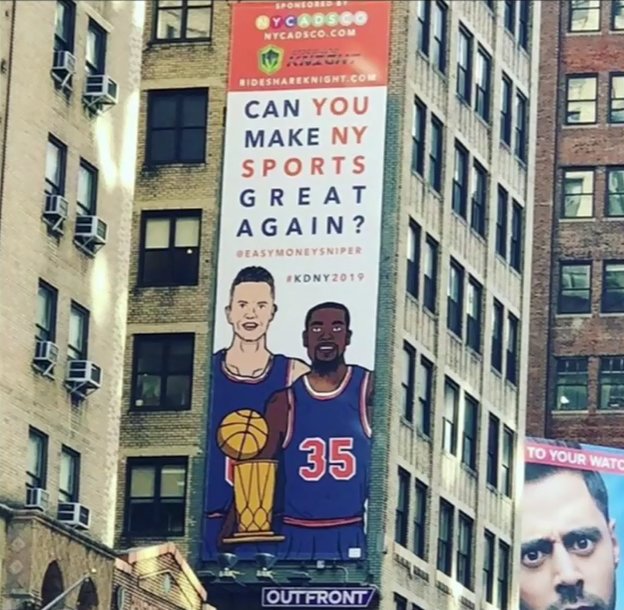 “If you’re going to have Kevin Durant, at least have him bigger” – Pierce