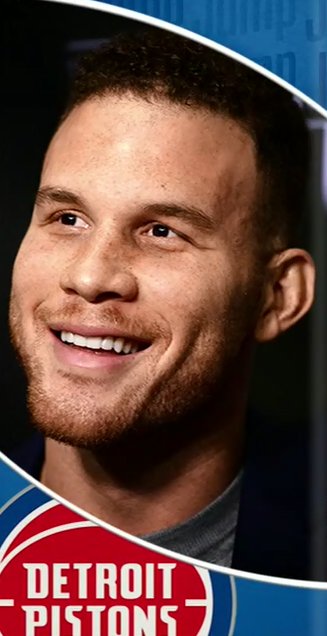 NBA’s new slogan should be… 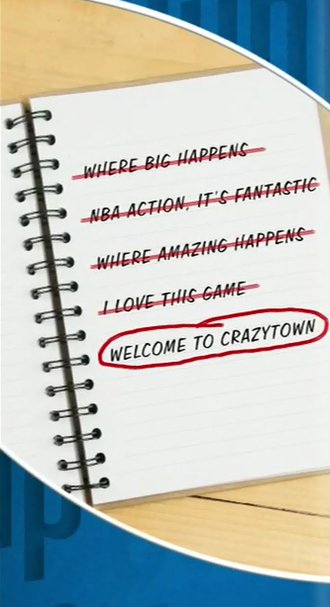 Lol does he? If that’s so he wouldn’t be so excited to have me off the floor? Think about it that’s a silly statement ! I’ll take the W though enjoy flight home #Emmyaward winning actor

But wait…there’s more. On IG, he commented:

“That man is fat, out of shape and talks all day”

Now back to Blake:

Does Blake Griffin’s 50-piece change your outlook on Pistons?

“For being elite in the Eastern Conference, absolutely not. They need one more piece” – TMac

“Blake is the centerpiece” – TMac

“This is going to be a playoff team, but in the lower half of the bracket” – Elhassan

“Andre Drummond is the key. He has the potential, but hasn’t reached that” – Elhassan

Should Embiid get fined for flop?

“When you have serial floppers, we know more often than not they flop” – Elhassan

“He laughs. Immediately, he lets you know he flopped” – Elhassan

“That was clearly a flop. He (Drummond) should not have been thrown out of the game” – TMac

“If you’re a serial flopper, stop getting calls. Let’s see how much you flop after that” – Elhassan

October 24, 2012 – Clippers’ Blake Griffin with the spinning layup on Pau Gasol, plus the foul!

Defense; How many more times can Dwane Casey run this play?

Layups; Zion Williamson worth tanking for?

TMac: Raptors
“They are in the EC and I just really like their team”

Elhassan: Nuggets
“What I like about them is the depth”

TMac: Bucks
“After Giannis, who can we really rely on to give him some help to help them elevate this team?”

Rather have as a teammate: Rondo or CP3? 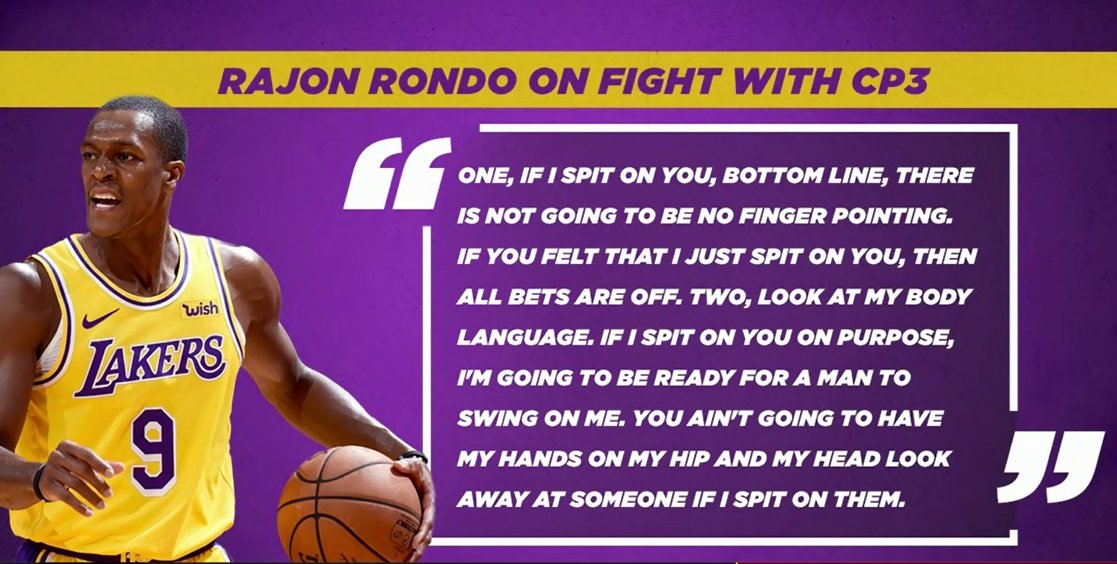 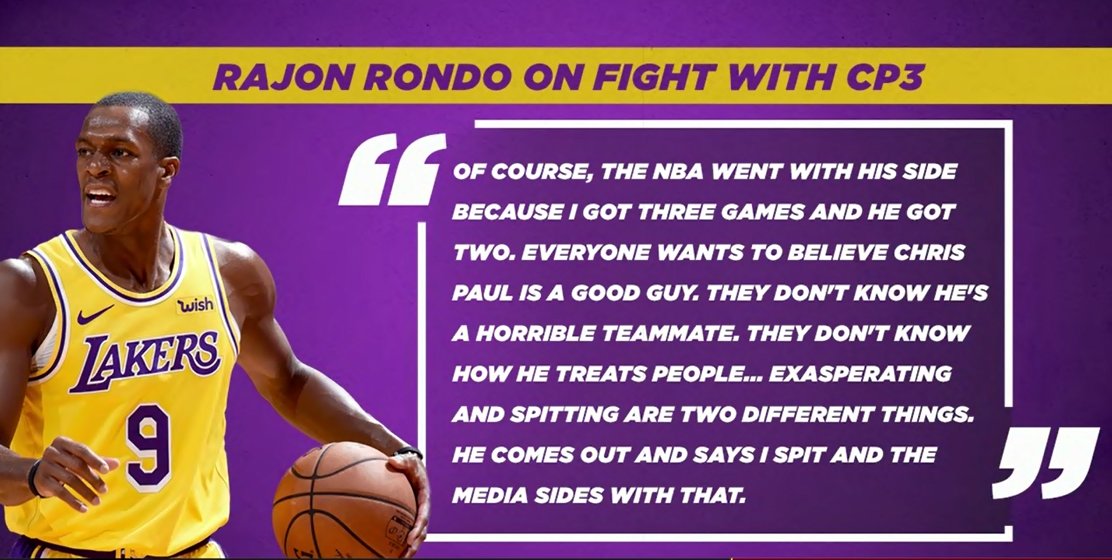 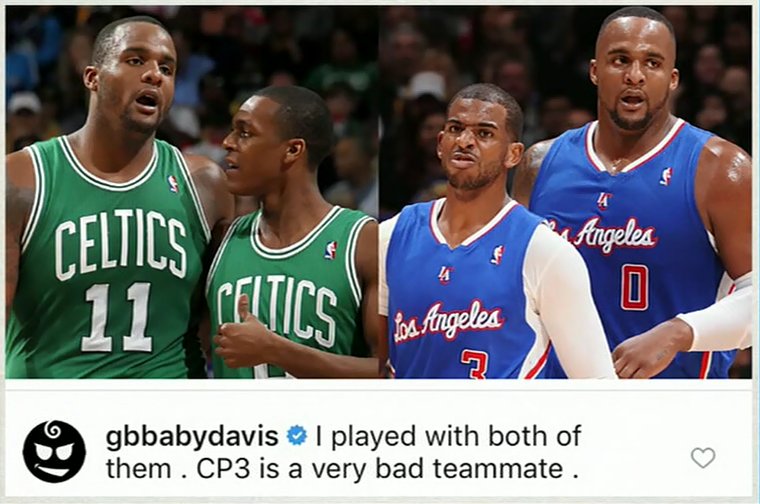 “I really don’t know. It all depends on who else is around me” – TMac

“I’m taking Chris Paul. He’s a better player and has been for his career” – Elhassan

David Stern on CP3-To-Lakers veto in 2011: “I was protecting the then-Hornets”
Click here to read more about this topic by Chirs Ballard of Sports Illustrated 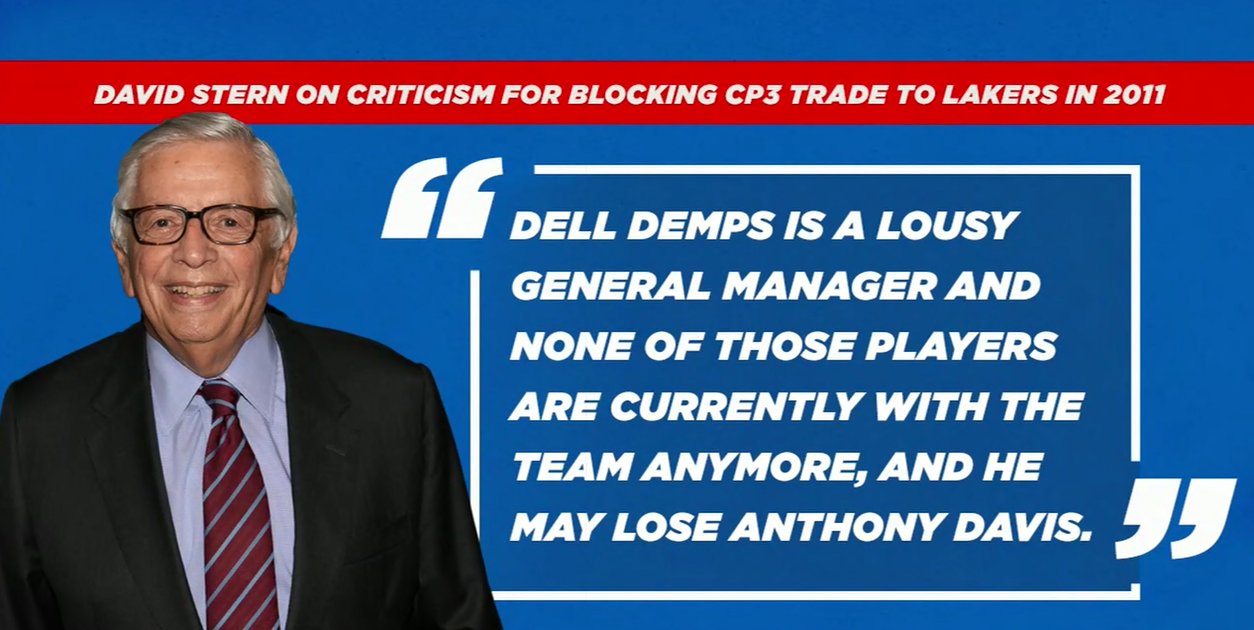 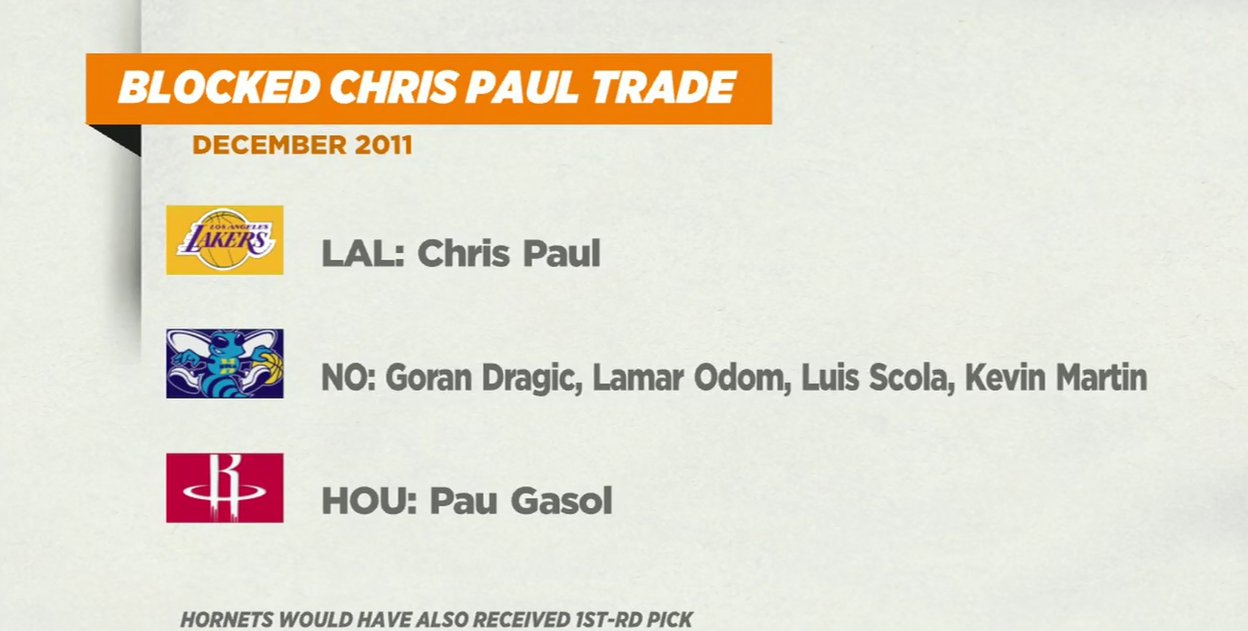 “This would have been a great trade for New Orleans” – TMac

“David Stern is right. This was not the right deal for the Pelicans” – Elhassan

“Why is he blaming the GM for these guys leaving?” – TMac

Rich Paul of Klutch Sports and LeBron’s agent joined the show!
Making his 2nd appearance on The Jump 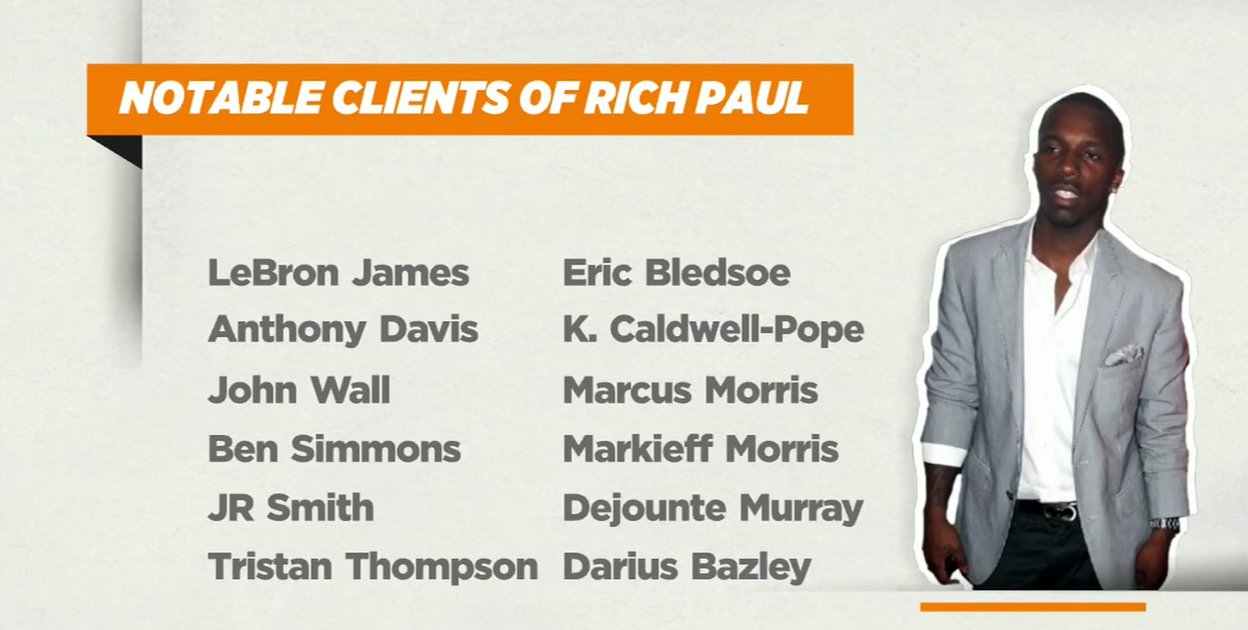 How did Darius Bazley end up with New Balance internship? (Starts in January and will be there for 3 months in Boston and workout and train)
More of this story can be read here by Marc Stein of the NY Times

Excited to be apart of the New Balance FAMILY!!! @newbalance Thank you God for the blessings you continue to pour on into my life!🙏🏾🙏🏾 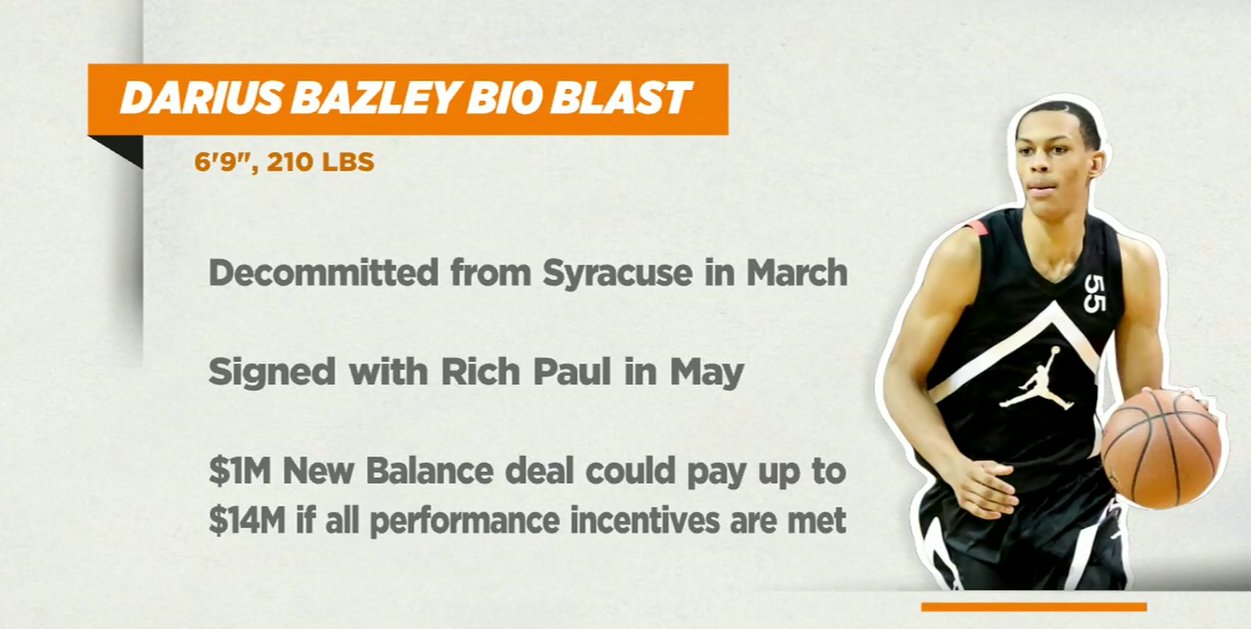 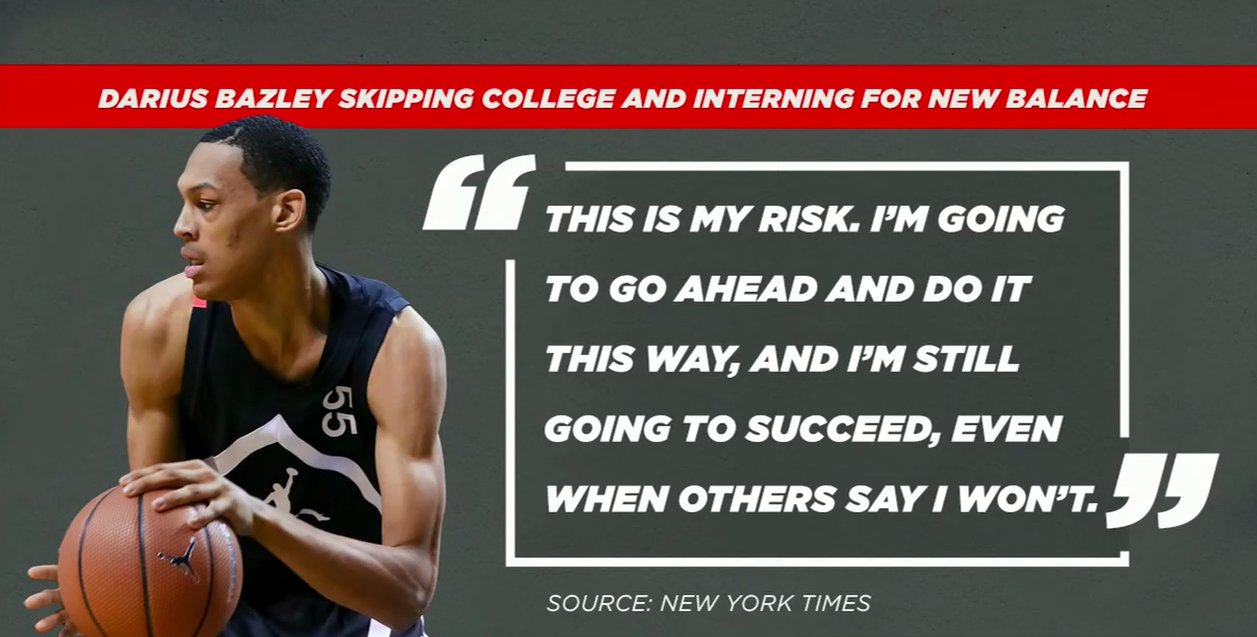 “Darius is a very, very different kid. He’ll have a head start” – Paul

“It’s not for everybody. This was the right path for Bazley and his family. For most kids, it is the right thing” – Paul

“LeBron did a nice job helping his client. It is LeBron’s client, right?”

“For these kids, they need options” – Paul

Any concern with Lakers 0-3 start?

“Only thing I hope is that the guys play well and stay healthy. I’m a fan of the game. I don’t have concerns” – Paul

Before answering for real, he said this:
“I don’t think neither one of these guys is really under pressure because we don’t expect anything out of their teams”

TMac: Doncic
“Him being the successor to Dirk [Nowitzki], that’s some big shoes to fill”

Elhassan: Young
“Him as a small player has a big hill to climb”

TMac: 76ers
“Philly probably has two [MVP candidates]. Simmons is a walking triple double and we know how good Embiid is” 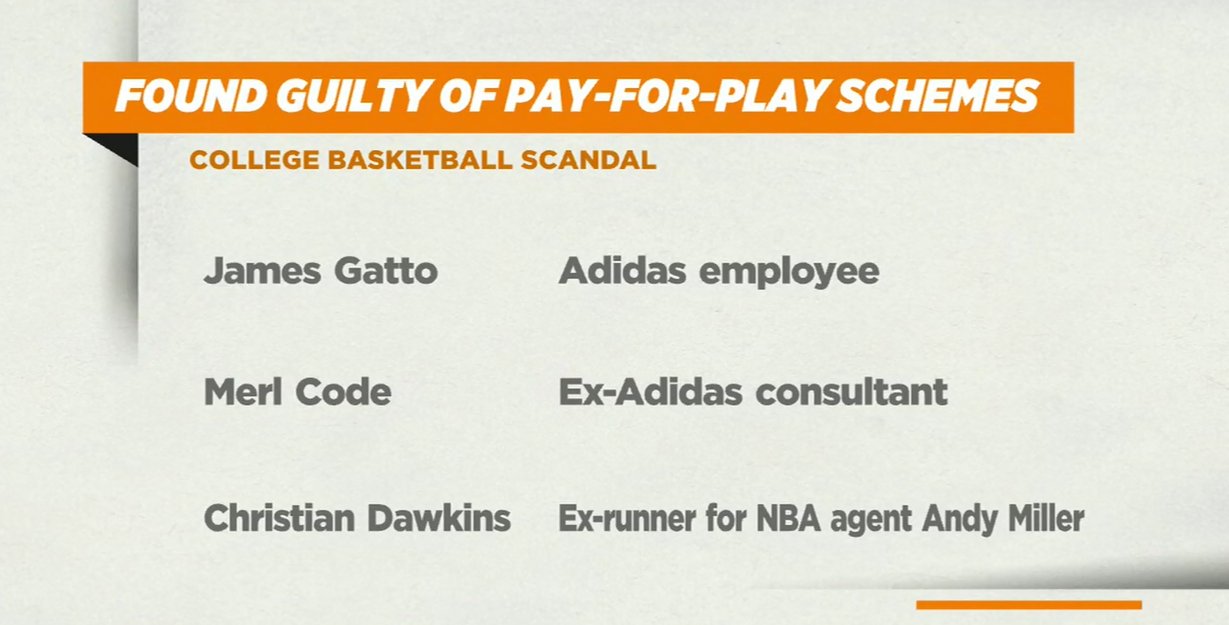 “James Gatto is my guy. This is personal to me and it’s devastating news” – TMac