LeBron not sure what to expect in 1st game with Lakers:

“Me, personally, you don’t know until you get out there and you got to figure it out on the fly at times and then you get more and more film sessions and things of that nature where you’re able to see what you’ve done well, see what you didn’t do so well. That’s the uncomfortable part about it”

What version of LeBron should Lakers fans expect tonight?

“The version we always see: the best player in the game. I wouldn’t expect anything different” – TMac

Opening Monologue: How dangerous are Raptors?

Out of all these matchups and rivalries…

One of the most lobsided has been…

All thanks to this man…

Toronto went out this summer and got a bully of their own in Kawhi Leonard:

Kawhi Leonard gets introduced as a member of the @Raptors! #KiaTipOff18 pic.twitter.com/pJWOD0TS28

Leonard on how he played last night:

“I felt good. I’m happy we came out and got a win. Came out of the game healthy so that’s a win-win for me” 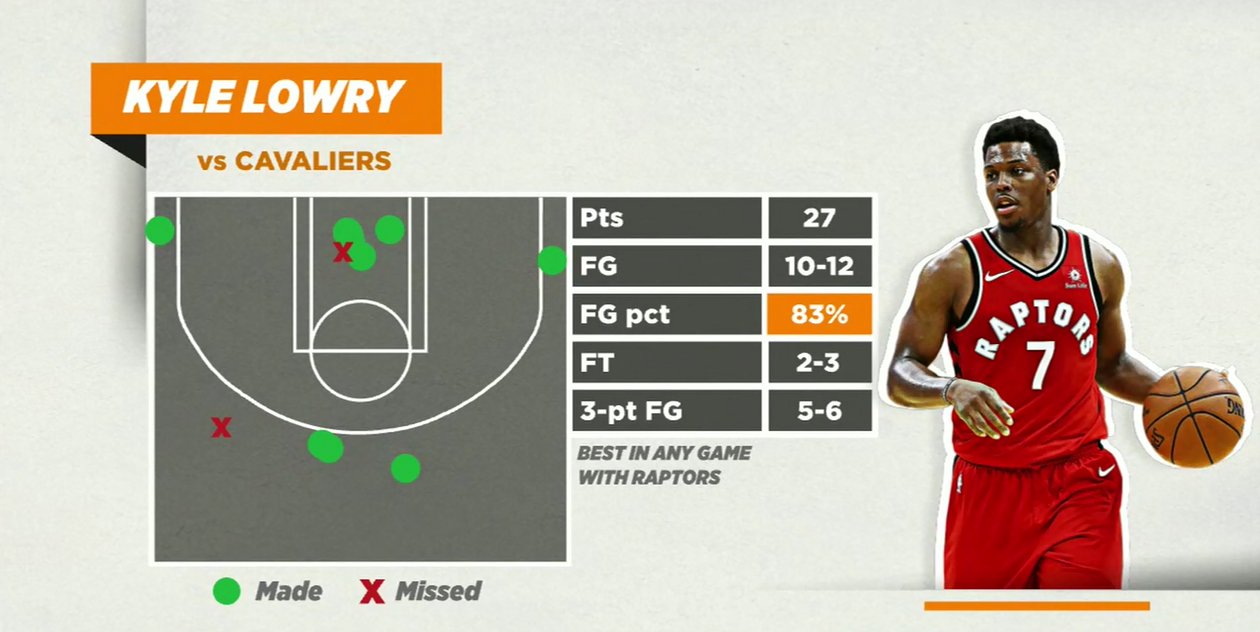 “I have to see Kawhi in a different system, able to take over a basketball game outside of a Pop system” – TMac

“Them and the Celtics are the class of the East” – Billups

“Are they on the Celtics level? Right now, I’m saying no” – TMac

“I think it’s awesome. It gives the kid the opportunity to get that money legally now” – Billups

“It gives that kid to train like a pro” – Billups

Everything; Um, Wesley [Matthews]
Inbounded to the basket

The Paint; Does Giannis even need a jumper?
Scored 25 points, grabbed 18 rebounds and had 8 assists in a win over the Hornets; 18 of those points were in the paint

They missed their first nine shots:

Then this fan made this shot for $10K, before any of the Knicks scored:

In the 2nd quarter, they scored 49 points!

Emphasis; How did Allonzo Trier not get drafted?

KAT affected by all the drama?
Had 8 points on 2-6 shooting and fouled out in 22 minutes 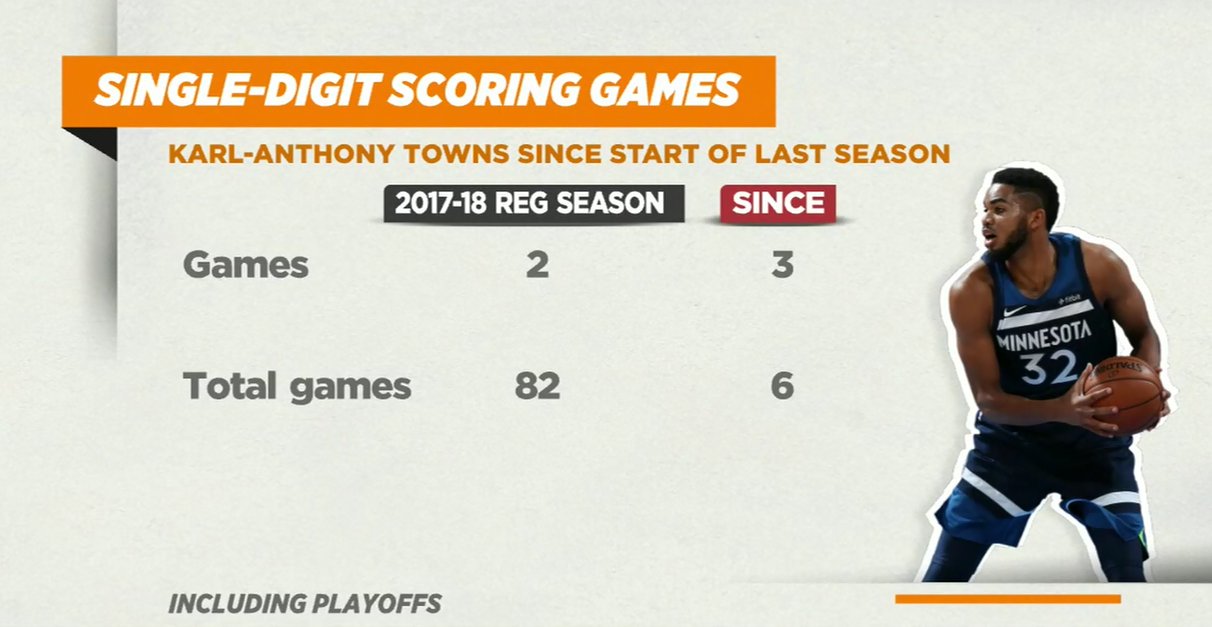 “It’s definitely had an impact” – Billups

“There’s a black cloud over the team right now. Jimmy won’t be there long” – Billups

“You get paid this offseason in your first night? You take 6 shots? You are way too talented to have this type of debut” – TMac

Too soon to worry about Rockets defense?
Gave up 131 points to the Pelicans! 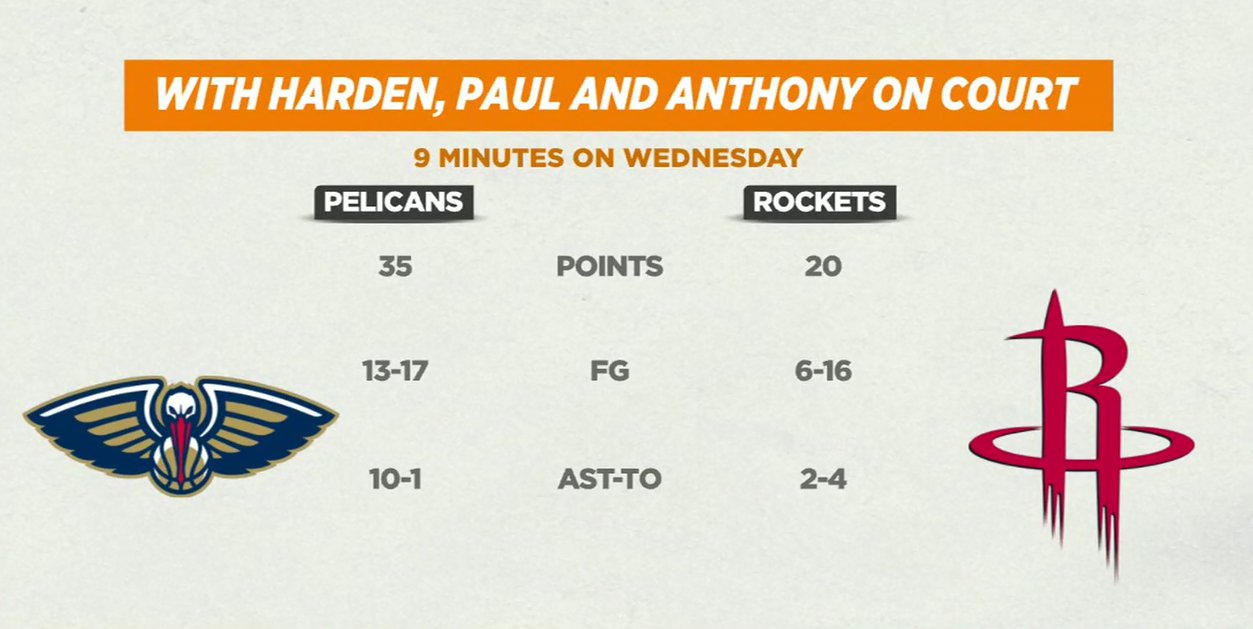 “If the Rockets are going to switch everything, they got to do something about that because they got tortured last night” – TMac 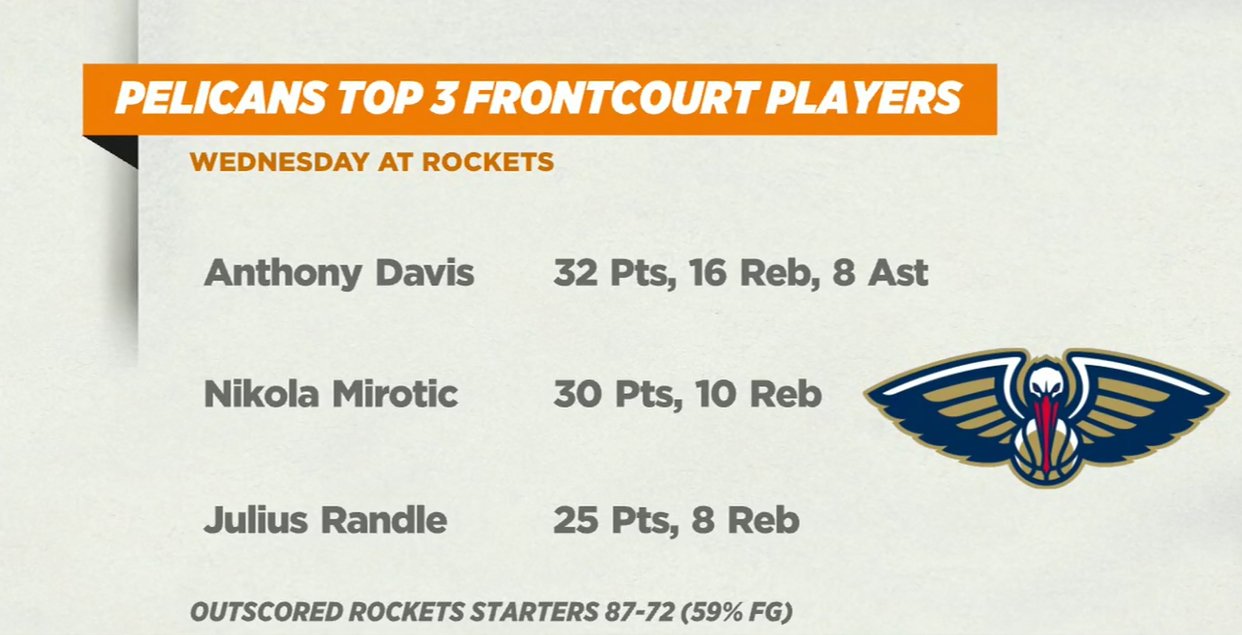 “You cannot guard these guys. They’re too big, too strong and they’re skilled down there (in the paint)” – TMac

Expect Jazz to take a leap this year? 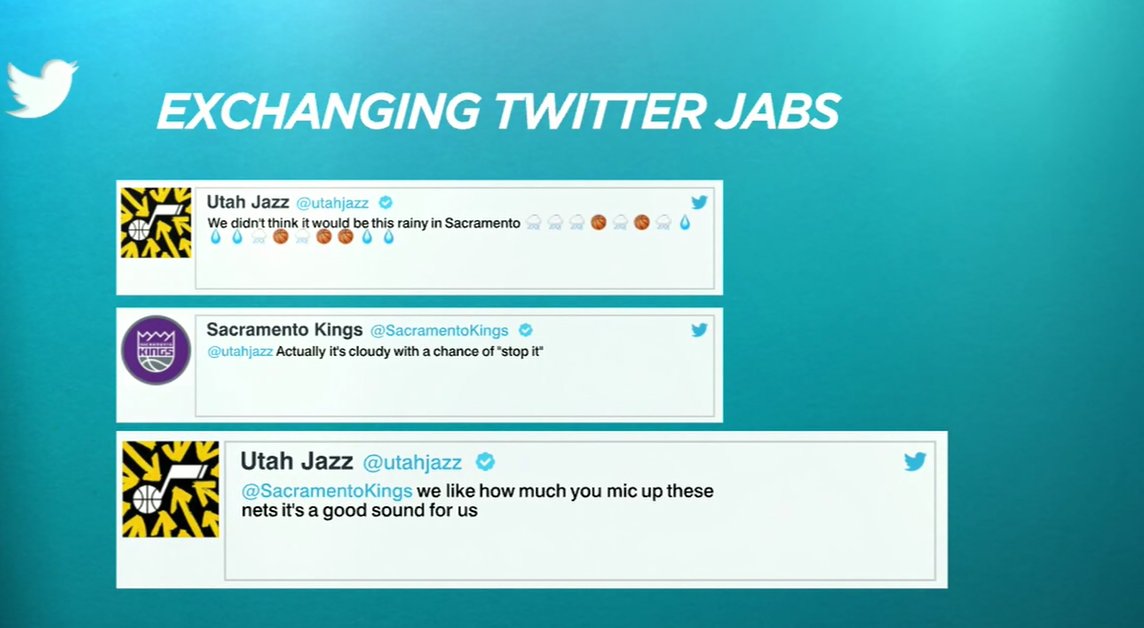 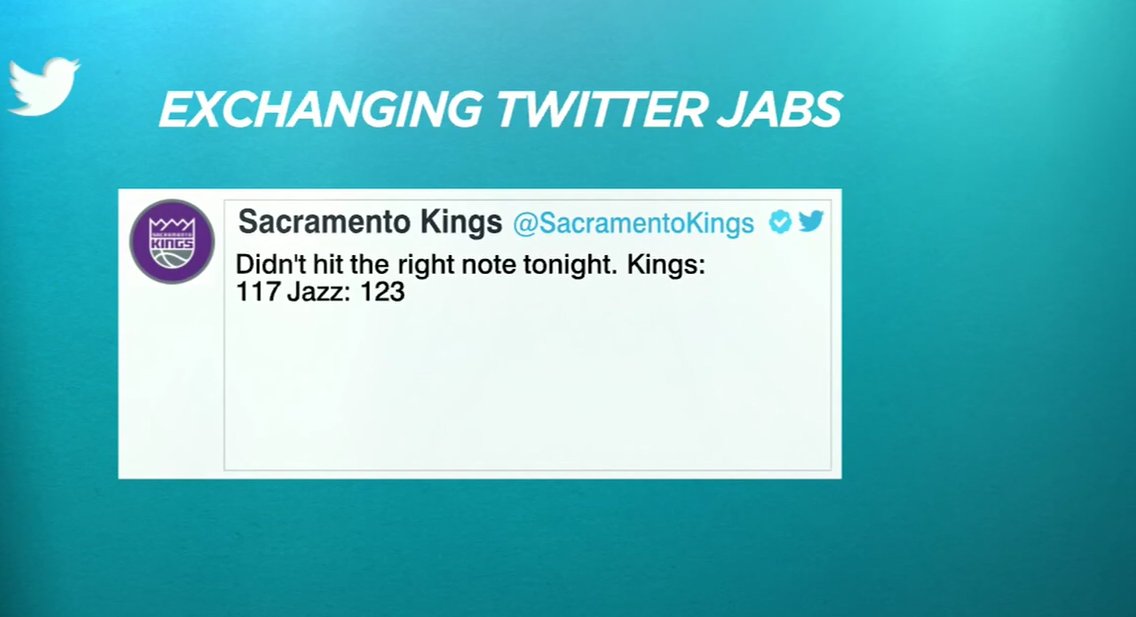 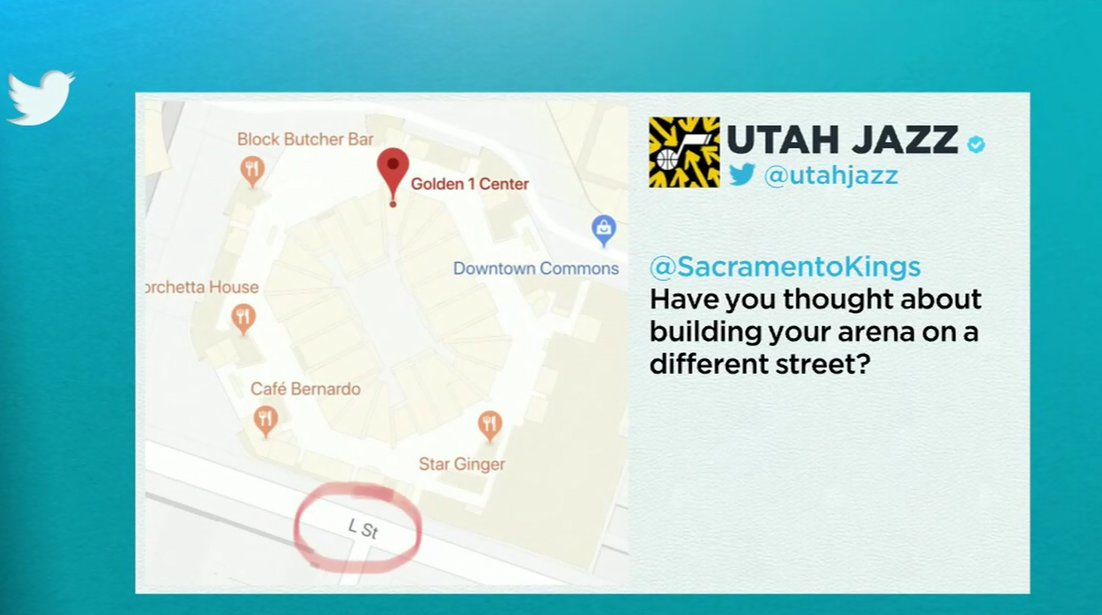 “I’m a big fan of this team. They are constructed properly” – Billups

“Last year, they overachieved. They made it to the 2nd round. Do we see them achieving beyond that this season? Absolutely not. I don’t see that” – TMac

“They have a chance to go to the Conference Finals” – Lowe

“This team is built to last a long time” – Billups

PG-13 saying Pacers trade kept him from coming to LA? (Via Marc J. Spears of The Undefeated)

TMac: Nothing
“He’s in OKC for the next 4 years”

Lowe: Something
“The Thunder bet on themselves and won”

Nichols: Something;
“Toronto just made the same bet with Kawhi Leonard”

Devin Booker’s opening night performance?
Scored 35 points, 19 of them came in the 4th quarter, in a win over the Mavs

Lowe: Something
“That dude is good”

TMac and Billups: Everything

Chauncey, feel vindicated about Deandre Ayton?
Backstory: Embiid was upset because he said that Chauncey did not give him (Joel) the proper respect in comparing Deandre Ayton to him because he says ‘I play both ends of the floor’ and that ‘You do not understand’

Quick refresher: Joel Embiid appeared on the show on September 21 and had this to say:

“He’s about to get his a** kicked this year”

“I love Joel Embiid. But, I would still make that same comparison. He (Ayton) is going to be a terrific player. Some of these things he did last night, I see Joel Embiid do the same exact thing” – Billups

“His athleticism has decreased tremendously – TMac

“Even if his athleticism is coming down, he’s a basketball player. He’s developed a jump shot, he can pass and score back to the basket” – Billups

“He delayed the game because he messed up the rim” – Lowe

“This is something you don’t see everyday” – Billups

LeBron: “Championship has always been my goal”

“Obviously there’s only one champion at the end of the road, and you can’t dictate wins and losses, things of that nature, but you can approach every day like a champion. And if you do that, you put yourself in a position to be successful. Either individually or as a team, or whatever the case is.”

Is his Lakers goals realistic?

“I don’t think it’s realistic that they will win it all this year. If they go to the WCF, they’ll celebrate their season” – Billups

“He wants to play all the minutes” – Billups

“This is a nice symbolic thing. But it changes when the one-and-done goes away in 2022” – Lowe

“If I had to do it all over again, there’s no question I’m coming out. Even to the G-League. I wanted to play against the best” – TMac