“The Lakers. When was the last time the Lakers got a huge key free agent?” – Pierce

Will Knicks regret not signing Porzingis to extension?

“I think he shouldn’t play this year” – TMac

“As a player, I want that extension right now coming off an ACL injury. How many players tear their ACL and get offered the max” – Pierce

Rest in Peace, Paul Allen:
Allen owned the Portland Trail Blazers from 1988 to 2018

Commitment; What is the ceiling for Myles Turner?
Per Adrian Wojnarowski: Agreed to a 4-year, $72M contract extension

“He could be an all-star in the Eastern Conference” – Pierce

Father Time; Bad look for Hawks starting Vince Carter at 3 (SF)?
Will start in the Hawks season opener vs the Knicks
UPDATE: Had 12 points in 24 minutes in a loss to the Knicks

Cameos; How should Raptors feel about Drake bringing out LeBron?
Travis Scott appeared as well

How I go from 6 to 23 like I'm LeBron? @Drake #AubreyAndTheThreeMigosTour pic.twitter.com/wH1MRoBjHH

Fit; What should Kevin Hart do with baby D-Wade jersey?

Supporting my brother @kevinhart4real show last night in my city. Decided to give him this customized jersey that we’ve been working on for a while 😂😂😂. Thanks for lifting the city of Miami spirits up last night and being so amazing to my friends and family. Nothing but Love!

Why did it take so long for Jamal Crawford to find a team? | Good fit with Suns? 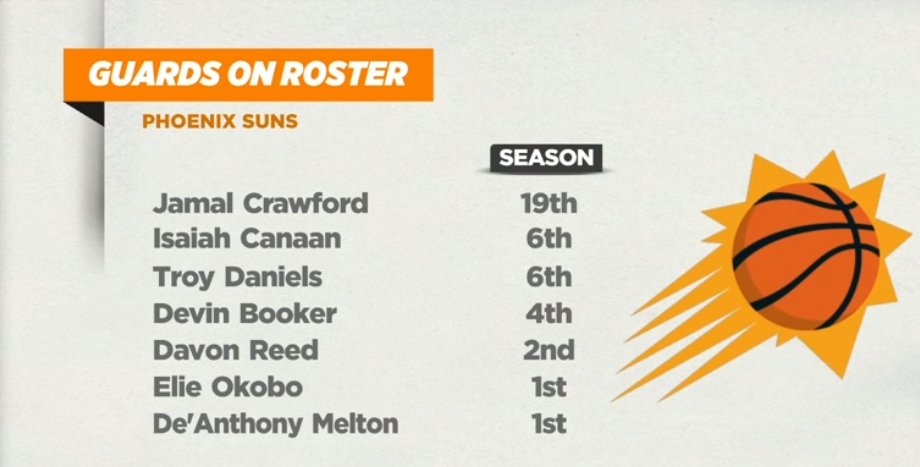 “Our league is getting younger by the day. These teams are wanting to give these younger guys an opportunity to grow. He’s been around for so long that they don’t want to get vets any more opportunities like this” – TMac

“None of the contenders this year needed Jamal. And it’s about fit too” – Pierce

Alvin Gentry (Pelicans coach) on AD: “We wouldn’t trade him for anyone, not even Beyoncé”

“I wouldn’t trade him for anybody in this league because he’s 25 years old, he’s dominant on the offensive and defensive end. He does it all. What can’t he do?” – TMac

On #TheJump we have a lot of shows within the show, and since it seems like "Dances with T-Wolves" is gonna be a regular this season, our producers put together a "previously on," we'll just update each week 😂 pic.twitter.com/DmbJ1z5cbz

Timberwolves expect Jimmy Butler to play in season opener
UPDATE: Butler scored 23 points, grabbed 7 rebounds and 4 steals in just 31 minutes in a loss to the Spurs

Who is most to blame for Butler-Wolves saga? 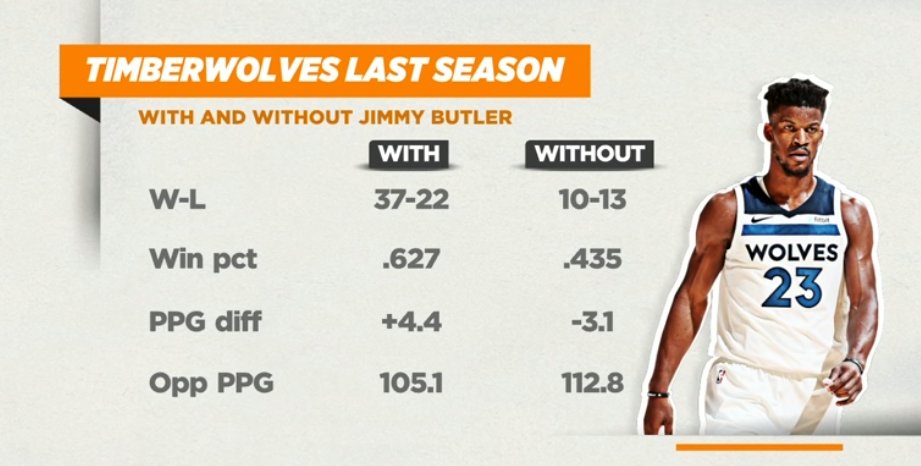 “Things have to get off to a good start for them. They have to play well, win some games because if things aren’t going well at the beginning of the season, it can get ugly around there” – Pierce

“These guys have to get off to a great start because they if don’t, we’re all going to point back to all of this that has been going on since the summer. Jimmy Butler, if he wants to increase his value, has to play well” – TMac

“You got to look at management. You have to do something about it” – TMac

“What makes him not want to be there? It has to be something we don’t know” – Pierce

Before kicking off the NBA season against Boston tonight, Joel Embiid sits down to discuss his modest goals for this season (he wants MVP & DPOY), his social media training, his reaction to the Bryan Colangelo scandal and how long he wants to stay in Philly. pic.twitter.com/2nPux6BrHa

“I have a shot of winning MVP and Defensive POY” – Embiid

“I just started laughing and getting excited because this is what I do. I love to have fun” – Embiid on former GM Bryan Colangelo’s secret tweets

UPDATE: Fultz scored 5 points in 24 minutes as a starter while Redick scored 16 points in 30 minutes off the bench in a loss to the Celtics

“Them (Sixers) starting Fultz is one or two things: Trying to give him confidence or they could be playing him to boost his trade value up” – Pierce

“I have the Celtics winning the championship in 2019” – TMac 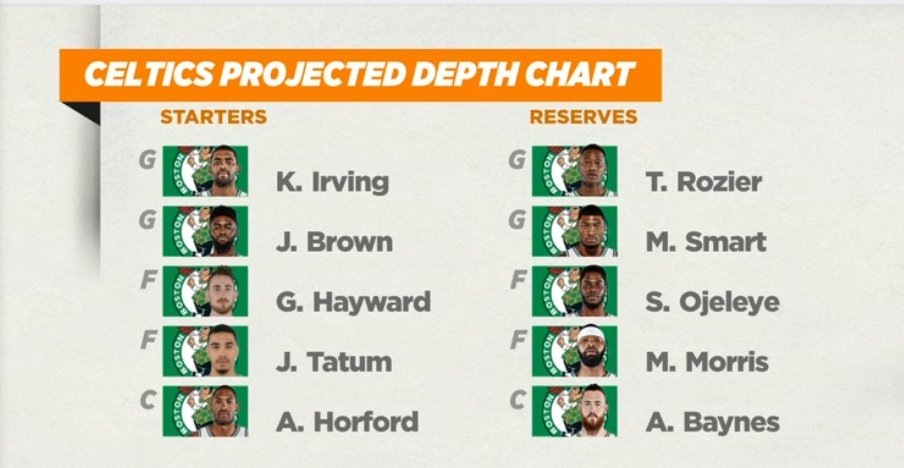 “I just don’t think the Golden State has the depth that they once had. These guys (Celtics) are not scared” – TMac

“He’s going to do something very disrespectful” – Pierce

“He’s one of the best handlers in the game” – McGrady

“He’s been there last year. Gained his rhythm. Hayward has to get his rhythm back” – Pierce

UPDATE: Tatum score 23 points in 29 minutes while Hayward scored 10 points in 24 minutes in a win over the Sixers

From a few weeks ago:

“This is an on and off relationship. I wouldn’t say there’s much beef. More to do with on the court than off the court” – Pierce

Are Knicks & Porzingis on same page about extension?

For the first time, Knicks wouldn't say Porzingis was all on-board with contract situation: "You're going to have to ask him," Scott Perry said.

“If you’re looking to attract free agents long-term, you have to have a player like Porzingis” – Pierce