Rachel Nichols’ conversation with Pelicans superstar, Anthony Davis in Chicago where he talks MVP and future:

Anthony Davis says it's his turn. Not next. Now.
I went to his hometown of Chicago to ask why he's been saying he's the NBA's best player (better than LeBron & KD?), what he thinks the Pelicans can do in the West, and yes, those Lakers rumors. Bonus: some @AntDavis23 trivia too. pic.twitter.com/uWw2c9KuCD

“When you mention Chicago basketball, I want to be the first person that people think about” – Davis

“I bring something unique to the table. My game is different from both of those guys (LeBron and KD) on both ends of the floor” – Davis

“At this point, it’s about winning for me” – Davis on his future with New Orleans and whether they can make a deep run in the postseason in the near future

“You hear it everywhere. I don’t pay attention to it” – Davis on the rumors of him going to the Lakers

“I’m playing for Pelicans this year, focused on winning” – Davis on the rumors of him going to the Lakers

On this year’s New Orleans team:

“The way we play. We playing at a fast pace. I like the team we have” – Davis

Fun fact: In the last 3 season, Davis has played with 51 teammates

Does Anthony Davis have enough?

“I think he does [have enough]. He’s the guy that should be talking about being the best player in the game. But does his team have enough? No. It’s tough out West” – Pippen

“I believe he should stay in New Orleans. He can force other talented players to come join him” – Pippen

Canada; Like idea of another team north of the border?
A group from Quebec is starting to take the first steps to bring an NBA franchise to Montreal

Aging; No, seriously – How is Vince Carter still doing this?

Mamba Mentality; Expect anything less from Kobe?
In a story from ‘The Athletic’ (By Sam Amick), Kobe encouraged Lakers owner, Jeanie Buss to be “ruthless” in firing former Lakers GM, Mitch Kupchak and her brother, Jim Buss so they can “get that player” to sign with the Lakers

Shame; Ok with @SacramentoKings making fun of themselves?

🦊 getting fancy with it pic.twitter.com/6IlDp4lTE4

The steal + the slam for Buddy Buckets 💪 pic.twitter.com/1bEVin9lHM

“This is why I said the Spurs might miss the playoffs this year. It’s a lot to overcome. They’re going to have to go out and get some more help” – Elhassan

“You’re trying to move into a new generation of young players. It’s not really working out and you hate to see that for Pop because he’s been so successful” – Pippen

How long can Thunder afford to be without Russell Westbrook?
Coach Billy Donovan says he’s “progressing”

“If this were a regular NBA year, 5-6 games, no big deal, he’ll be back and they’ll be back to normal. The thing I worry about is, with so many teams in the West so tightly packed in and they’re all jockeying for position, are we going to be in a situation at the end of the year where because you went 2-4 in those games, that’s why your just shy of a playoff berth” – Elhassan

“I expect him to come back better. When we’ve seen him have injuries in the past, he comes back with this fierce competitive fire. I expect nothing less” – Pippen

“I’m happy to play basketball with anybody”

Jimmy Butler didn’t travel with Timberwolves for final preseason game | KG on Wolves: “What goes on in practice should always stay in practice”

“I understand from KG’s standpoint. Someone who’s really been the face of that franchise for a long time. He’s seeing the success with Jimmy Butler be there and now you see him not be there and you’re going to see a team that’s going to take a huge fall” – Pippen

“There’s a reason why this is happening. It’s not because guys like to talk, it’s because this guy is trying to get his way out” – Elhassan

“The one thing about our game is: The pay is the pecking order. Jimmy has a valid point” – Pippen

Paul George: “I’m on Jimmy’s side”

Paul George says he’s talked to Jimmy Butler about what’s going on in Minnesota: “Jimmy has a very valid point. I’m on Jimmy’s side.” pic.twitter.com/TJGWBepXcQ

“He’s been humiliated over the news cycle” – Elhassan

“Glass half-full: This is a good team or has the bones to be a good team. Glass half-empty: Who owns it? You fire him (Ryan McDonough) a week before the regular season because he can’t get a point guard? That doesn’t make sense” – Elhassan

“I’m happy for Phoenix. If you’re going to get younger on the court, you got to get young in the front office. James Jones is great for them because you’re going to need young people to bring the young players because they are controlling this league now” – Pippen

“The Shop” Episode 2 is now available on HBO

What made you decide to start “In the Key” podcast?

“We talk more about sports, music, the culture” – Armstrong 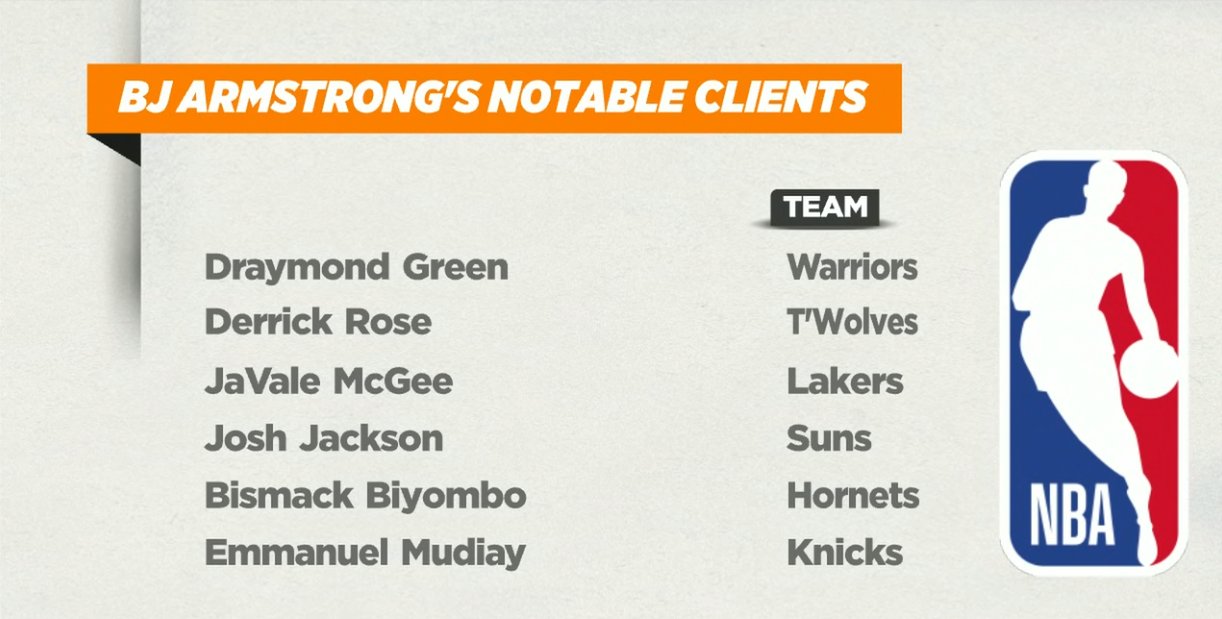 Possible for Draymond to tone it down?

“I love it. I love the competitive spirit that Draymond has. He’s had that since high school, college and now it’s continuing in the NBA. He’s a unique player. He is the leader of that team” – Armstrong

“I always encourage to not allow his emotions to get in the way of what he does very well. That’s a very unique quality that he has and he brings it every night” – Armstrong

“Jimmy has to make sure that, the next generation, he takes care of those guys and lead by example. They need his leadership” – Armstrong

How was it playing for Tex Winter?

“He used to always have a saying: ‘BJ, my job as a coach is to equip you with the necessary skills to function and operate under duress in a hostile environment.’ To translate: He always stressed the fundamentals of the game” – Armstrong

“Tex Winter was the best. Offensively, this guy was a guru. He wanted everyone to understand the game from a perspective of not being talented and not being the most skilled player on the court, but just play the game the right way and everybody wins” – Pippen

“Starting in this league is earned. It’s not given. Just because he’s making the most money doesn’t guarantee him to be a starter Fred [Hoiberg] feels more comfortable defensively at least with some of the guys that he’s more familiar with” – Pippen

“It’s time for him to retire. This is going to be a stretch for him. He’s going to deal with more injuries than he will games. I’ve been there” – Pippen