“Neither one. Thibs thought they needed a bit of time off and chance to talk and get through this situation a little bit” – Van Gundy

“The joke I made was: You can’t pull a Costanza on Friday and then come in on Monday and act like nothing is wrong” – Elhassan

“He has two choices: Play in Minnesota or don’t get paid” – Van Gundy

“All my emotion came out at one time. That’s my love of the game” – Butler

“It could be. It could be. But do I think so? No. Because you got to be honest” – Butler on whether his situation with the Wolves is fixable

“I just want to be appreciated. That’s it” – Butler

“It’s not about money. It’s not. It’s about saying we need you” – Butler

“It made me think like maybe I’m not that important to your organization. That is how I took it” – Butler

“He likes confrontation” – Butler on Thibs

“I talked to people on their staff. They said it was the best practice they had in the preseason” – Van Gundy

“That’s what they traded him for: To push people, to be a culture changer for that organization. It’s just a shame that he’s all out on it” – Elhassan

Pressures of being coach & president?
Note: Stan Van Gundy was not only the coach of the Detroit Pistons, he also held the title of President of Basketball Operations

“In this case with Tom: I think it’s a real advantage. He’s right there inside of it” – Van Gundy

How should Thibs handle Butler situation?

“If he (Timberwolves owner, Glen Taylor) tells Tom that it has to be different than what Tome wants, Tom doesn’t have a choice in that regard. He has to go with the owner” – Van Gundy

“He holds him (Butler) in high regard. He doesn’t have a deal right now that he feels would work” – Van Gundy

“This idea that Tom Thibodeau refuses to make a move on Jimmy Butler, I’m not buying that” – Van Gundy

“If Thibs had been more proactive earlier in the summer on that front, maybe the deal wouldn’t be as one-sided” – Elhassan

“Do we know that Tom was trying to make a deal?” – Van Gundy

“There’s no one in this league untradeable. Not Kevin Durant, LeBron James, not anybody” – Van Gundy

Basketball Hall of Famer Tex Winter, an innovator of the triangle offense, passed away yesterday. He was 96 years old. 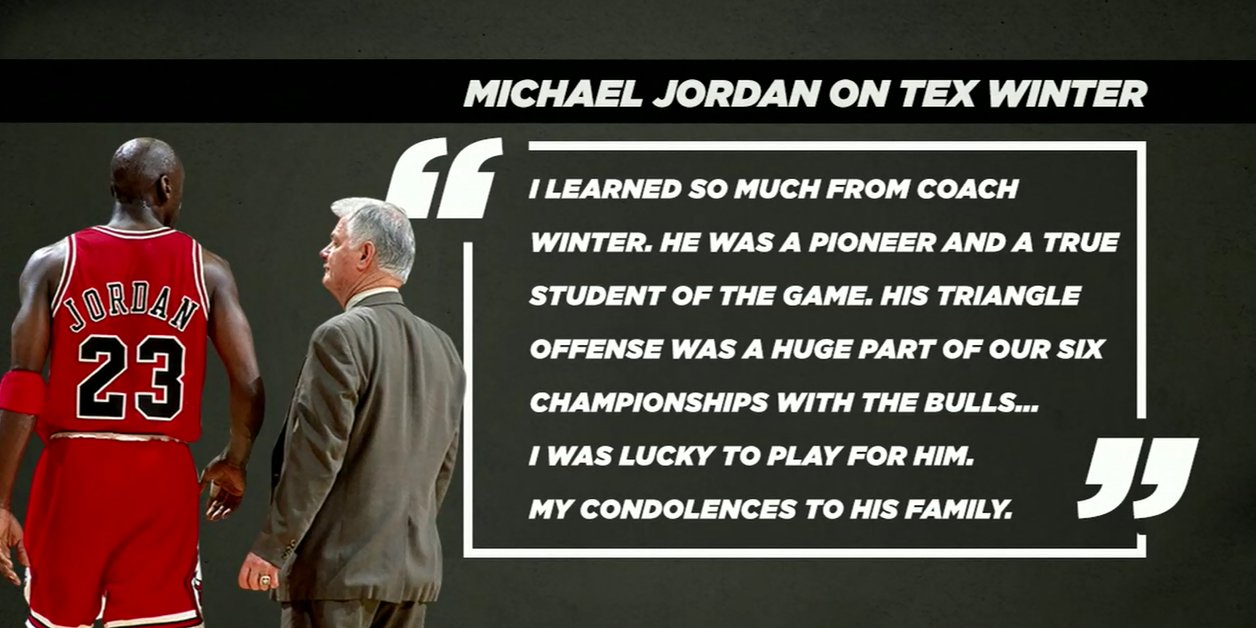 Pippen on the passing of Tex Winter 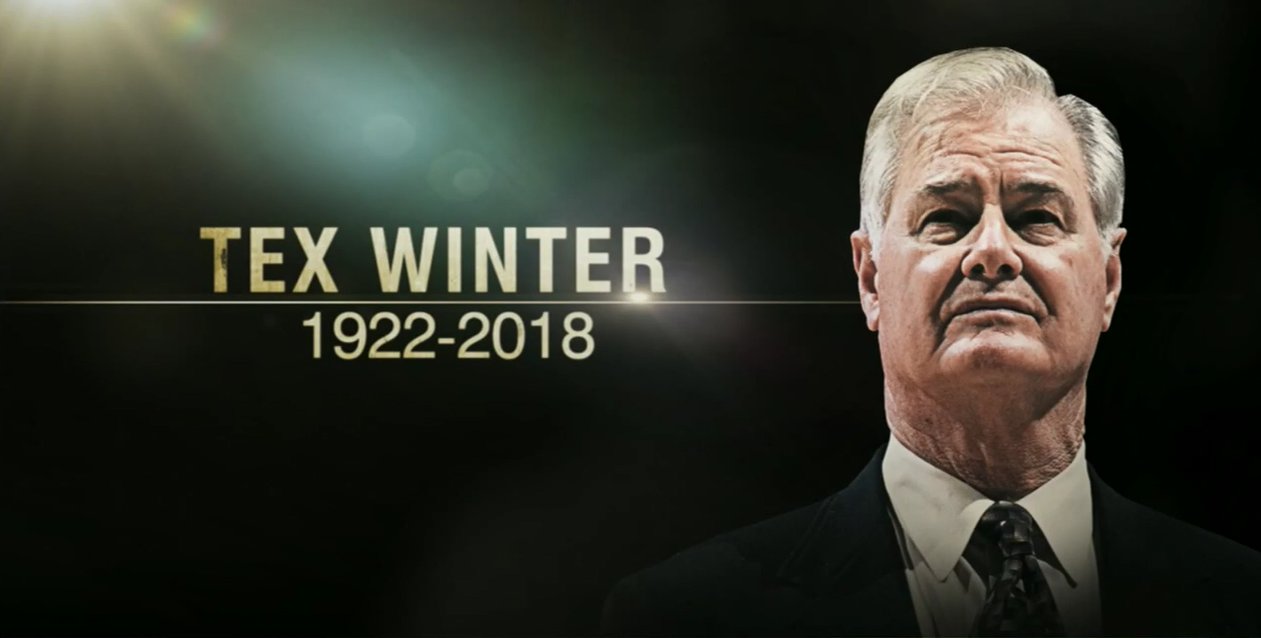 Support; Was the bench reaction better than the dunk?
Alex Len (Hawks) with the massive throwdown over Pau Gasol (Spurs)

Layup; Expect Trae Young to keep this up?
Knocked down the GW!

Frustration; Ok with KD walking out after this foul call?
Late 4th quarter, Warriors called for an offensive foul

First impressions of Lonzo and LeBron together? 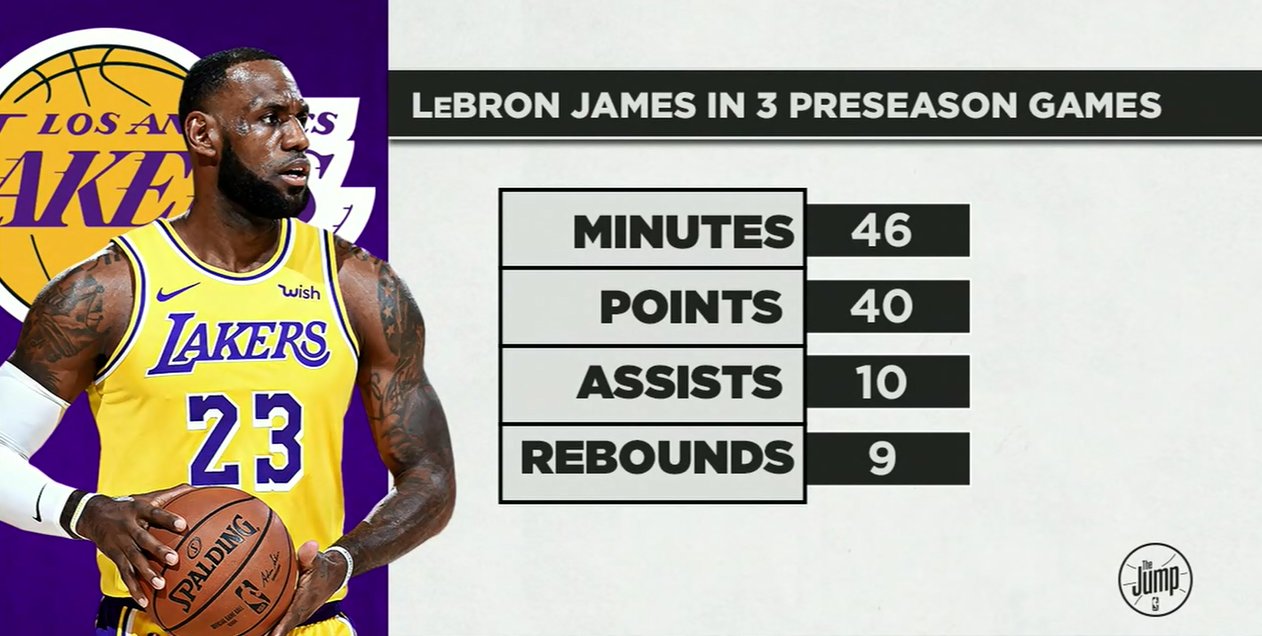 “The adjustment will come on Ball’s part. Now you’re going to have to play off the ball a lot” – Van Gundy

“The shooting is still going to be a problem. But hopefully, it’ll get better” – Van Gundy

For those that didn’t see it, check this out when Dwight Howard came on the show this past June (Starts at the 6:05 mark):

“95% of it was good (of their relationship). He’s great at impersonations” – Van Gundy

“I heard it before. I just don’t think my voice is quite that high” – Van Gundy

“I never understood why it was big deal. I’m a cultural phenomenon” – Van Gundy

“This was at a camp for kids and I didn’t have anyone to demonstrate for me, so I did it myself” – Van Gundy

Jimmy Butler on intensity with teammates in practice:

“Am I being tough on them? Yeah. Yeah. That’s who I am. I’m not the most talented player. Who’s the most talented player on our team? KAT (Karl-Anthony Towns). Who’s the most god gifted player on our team? Wiggs (Andrew Wiggins). Who’s got the longest arms or biggest hands can jump the highest, can run the fastest? But like, who plays the hardest? Me. I play hard. I play really hard. I put my body on the line everyday in practice, everyday in the games. That’s my passion. That’s how I give to the game. That’s how I give to you guys”

Jeff Teague posted this to his Instagram, which he later deleted:

Note: This was before the players only meeting

Then he tweeted this:

How should Jimmy Butler’s teammates feel?

“You can feel anyway you want. Every one of them is going to feel differently” – Van Gundy

“What matters is: You got to do your job and got to learn, especially the young guys” – Van Gundy

“There’s a playoff hunt that starts on day 1 in the Western Conference. You can’t waste time” – Elhassan