“He, James and Chris are figuring how to play off each other. So far so good” – D’Antoni

Did you speak to Melo about his role?

“He was on board. We just got to figure it out” – D’Antoni

How will Rockets be “Better” defensively? 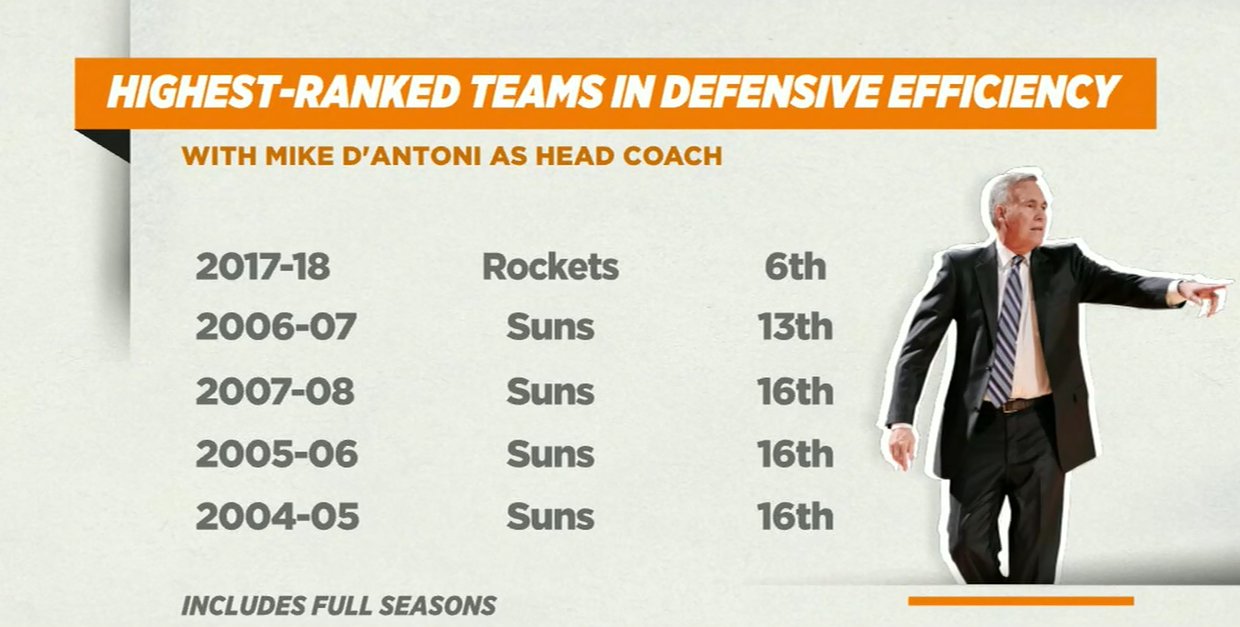 “We understand what it takes to beat Golden State” – D’Antoni

With NBA Basketball being played in Seattle for the first time since 2008 at KeyArena, let’s…

Most memorable moments from KeyArena:

Twirling; Is Lance capable of dishing out a normal assist?

Rim Protection; Is this the year Myles Turner takes the next step?

What changes for Celtics with Gordon Hayward back?

“He has to get back into great basketball shape” – TMac

“It’s just baby steps you have to take. Eventually, he’ll get there” – TMac

“I have the Celtics winning the championship in 2019” – TMac

Expect Brandon Ingram to take a leap this year?

“He’s very skilled. This is what they expected out of him” – TMac

Brian Windhorst on the future of the NBA in Seattle

“We really improved ourselves this year. We’re really good” -Fertitta

Out with the old…

In with the new…

“Carmelo is an extremely talented player. He’s going to have his best season in a long time” – Morey

Is a championship worth the repeater tax?

“This will be our 1st year in the luxury tax in many, many years. You can’t even worry about it” – Fertitta

“We have to beat them. They are the champs” – Morey on the Warriors

“I don’t want to rebuild” – Fertitta

“What would happen if he (TMac) was in Coach D’Antoni’s offense? He’d probably be coming off winning his 5th straight MVP” – Morey

Expect to start on opening night?

“It’s always possible. We have a better understanding of what were doing” – Tucker on the Rockets being a better defensive team than last year despite some subtractions from the roster

Nike will have 10 days to decide to exercise their “match clause” rights. pic.twitter.com/FjBDknXqe6

“That’s a great opportunity for them. They signed a lot of bigs. I like what they’re doing” – Tucker

On his shimmy towards Stephen Curry during last year’s Western Conference Finals:

“It was just in the course of the game. They have a lot of fun when you’re up there (Oracle Arena) playing there when they have leads so it was just a moment in the game” – Paul

What made free agency decision so easy?

“It was never any issues. I actually bought a house last year in the city. I had no plans on going anywhere” – Paul

Excited to play with Melo?

“With Melo, we just hoop. We talked all summer and worked out” – Paul

“I don’t think I had to lobby for him. We just talked about it” – Paul on whether he had any part in bringing Melo to Houston

How did hamstring injury make you stronger?

“Things happen. With my hamstring, it was tough. I almost got nauseous” – Paul

“Coaching probably not for me. I love to hoop more than anything. It’s my happy place” – Paul

Did you throw shade at Clippers?

“There we go with somebody trying to make a story. I loved my time there in LA” – Paul

Chris Paul speaking on the difference playing in Houston: No one is looking at you sideways for shooting a certain shot, or complaining because they only took three shots.

How are you working to stay healthy through playoffs?

“When you compete, there’s no on and off button. For me, we have a great training staff. You control what you can control and that’s preparing” – Paul

“When you’ve been injured and are healthy enough to play, you have to take advantage of it” – Paul

“If you got anybody in my locker room who say anybody other than us, then they got to go” – Paul

“Absolutely. But once again, it’s the process” – Paul