LeBron’s locker was the old locker of…

LeBron being introduced to the crowd for the first time at Staples Center:

For the first time in his new home arena:

LeBron’s 85 stretch of the 1st quarter:

Bouncing this pass to JaVale McGee through traffic while And-1:

Hitting this absurd runner off the backboard:

Yet the crowd was waiting to see this…

When executing a bounce pass, you want to do it with flare (wrist extension):

And then the dance after that…

Lance skipping up the floor at the end of the first quarter:

LeBron tries to give him a high-five but…

“At first I was like ‘No.’ But when I look at the team, you got LeBron, Rondo and Lance Stephenson, you can’t help but have a show out there” – Pierce

“It is an event. And for the first time since Kobe retired, it’s showtime” – Arnovitz

How dangerous can “LeBrondo” be for Lakers? (LeBron and Rondo)

“They can be very dangerous. Kind of similar to what you see in James Harden and Chris Paul, two guys who need the ball and can really pass. They’re going to share ball dribbling duties” – Pierce

“It’d better be dangerous in this respect: Most of the league is winning from the three-point line. They do not have one high volume high percentage three-point shooter. They’re going to need that sort of vision from Rondo and LeBron” – Arnovitz

Will Kawhi get the last laugh?

Kawhi on his laugh going viral:

“I don’t really know what people were thinking because I don’t have social media and I don’t read what anybody says. It’s not surprising when you’re at this high of a caliber player. People tend to look at everything you do.” 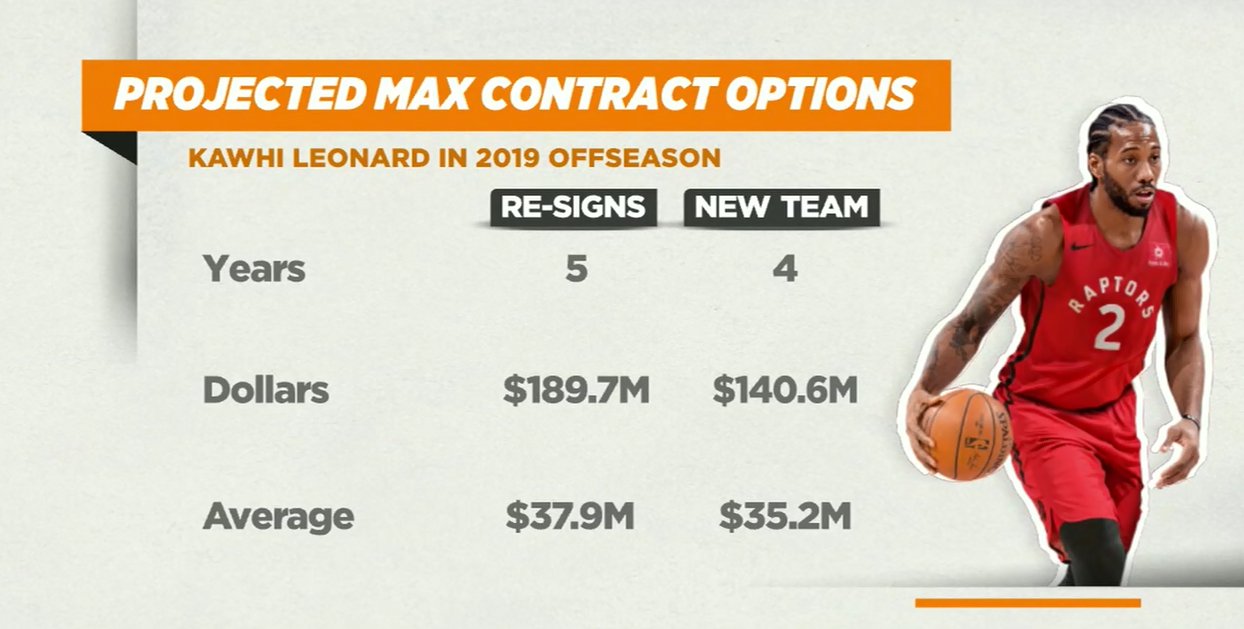 “Without a doubt” – Pierce

Steven Adams: Not here for toughest player votes. “Do I get anything? Did I win? Do I get a bonus?” pic.twitter.com/olhOuqd2bF

Awareness; Getting the kinks out before the season?

Malik Monk didn't realize he forgot to put his jersey on until it was time to actually check into the game. 😆 pic.twitter.com/ObzNwRiKSK

Patty Mills did ask Duncan if he was contemplating coming back to play for #Spurs … “He gave me donuts,” said Mills. Duncan told him “No chance.” …meanwhile, Duncan still posting Blossomgame pic.twitter.com/wn6BGM99aa

Nutmegs; How is Chris Paul so good at this?

Like seeing Melo apologize for passing up three? (“My bad”)

–Melo apologizing to the Rockets bench after making a long two 😅 pic.twitter.com/BNhKYbA2zI 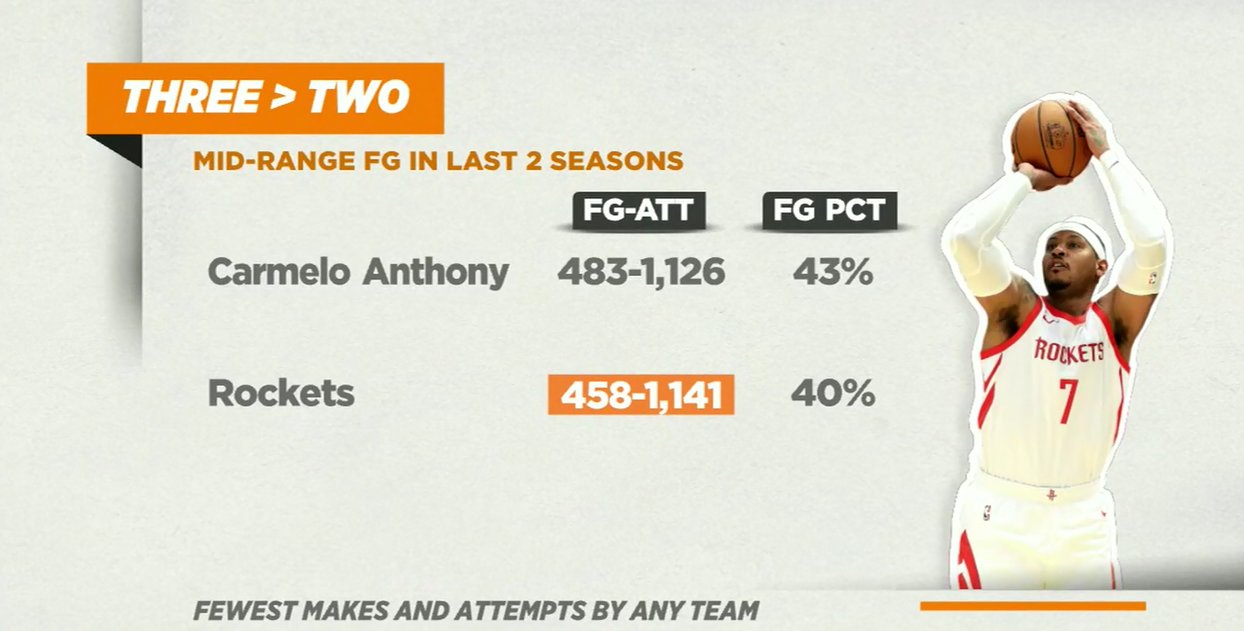 “He is going to have a great time this season if he abides by the philosophy. It is going to benefit him. I think he’s going to buy in” – Arnovitz

“There’s no pressure on him now. Let it fly. Melo is used to having the ball. But now he’s off the ball” – Pierce

Is honesty the best policy for KD’s free agency process?
Click here to read more about this topic 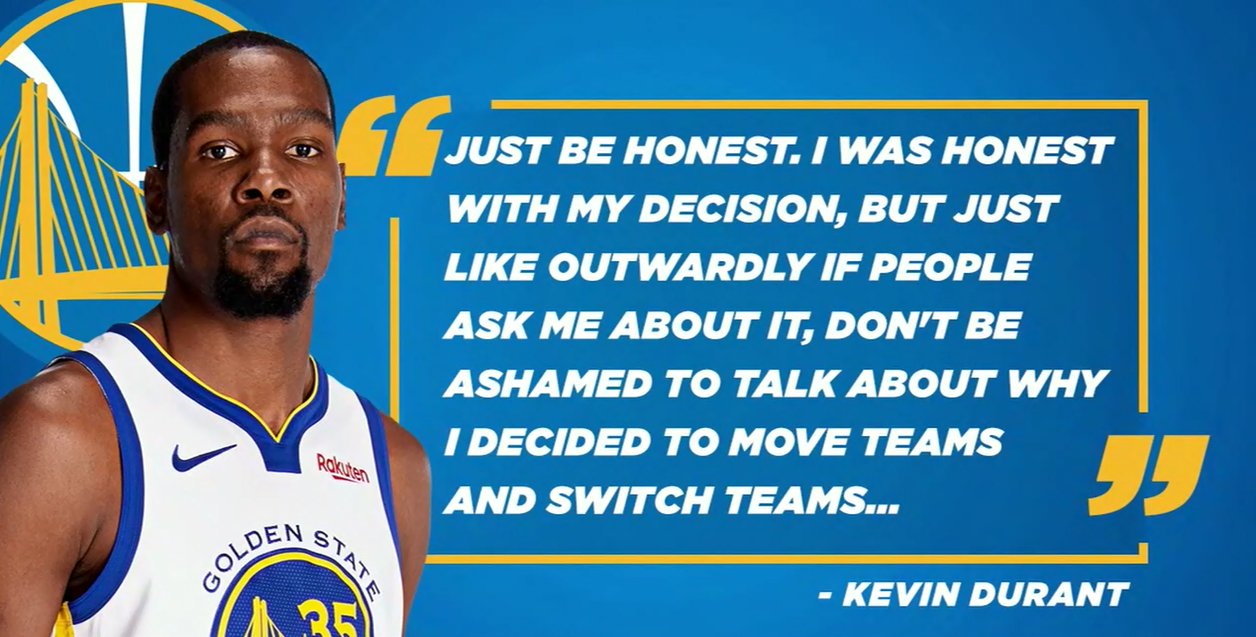 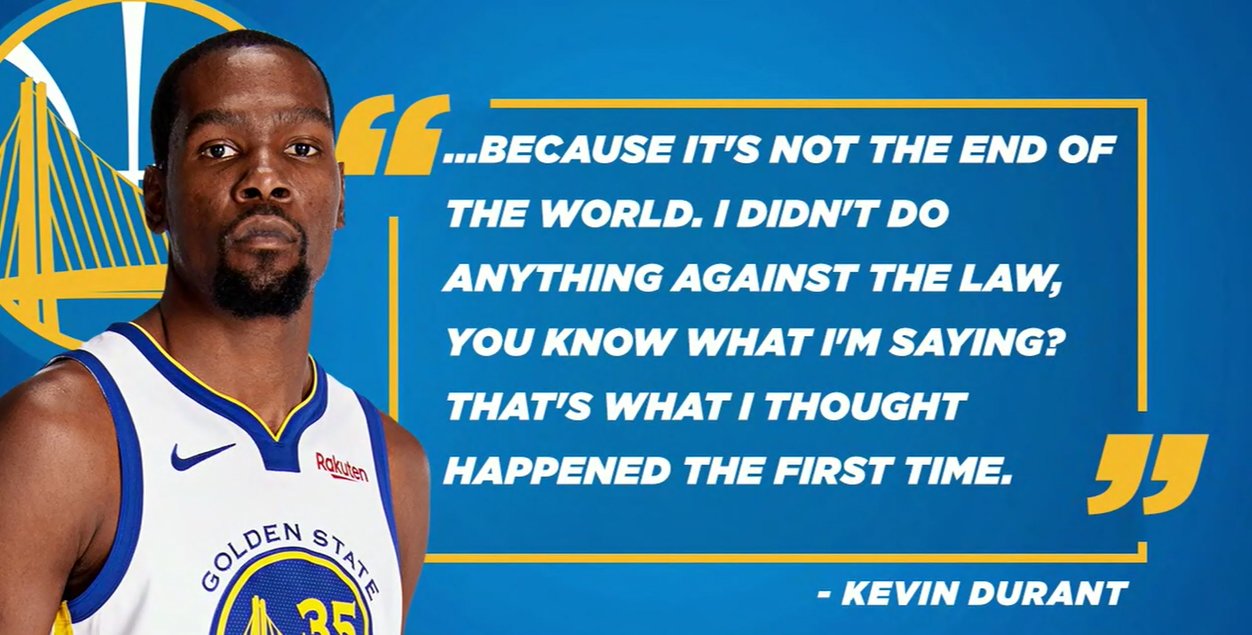 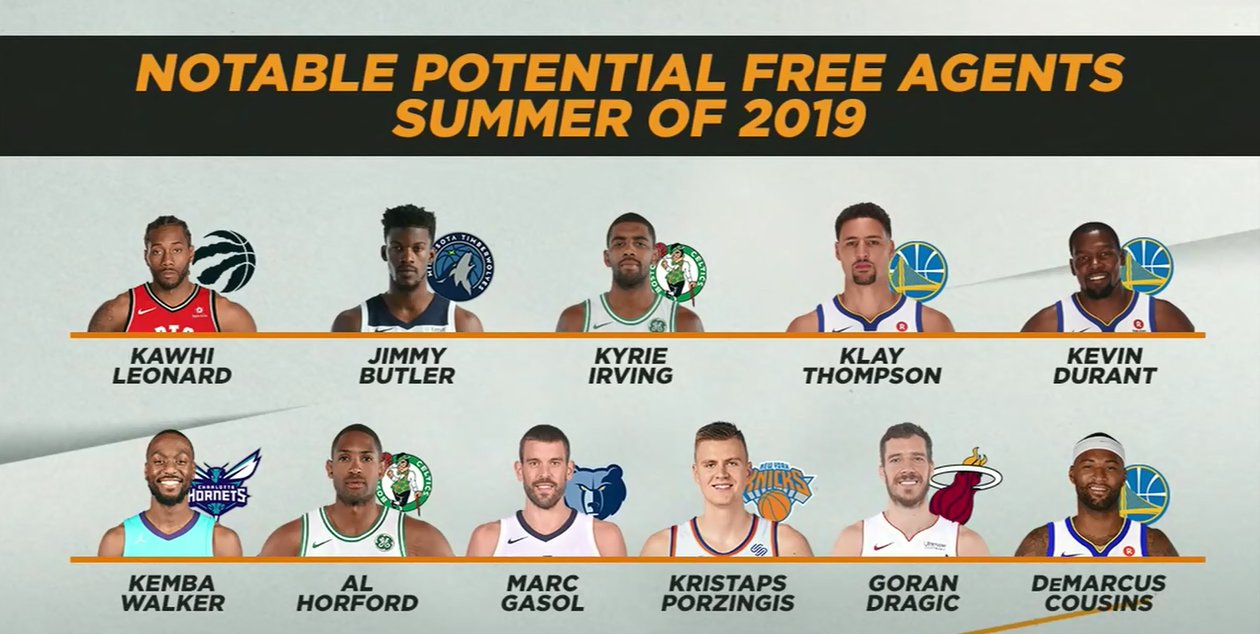 “I think he’s saying that by not being honest that he didn’t come out and say: ‘I’m going to the Warriors because I didn’t want to play with Russ.’ That probably would have been the most honest answer” – Pierce

“They’ve been preaching this for 10 plus years” – Pierce

“It’s geared more towards the offense. It’s an offensive era were in right now” – Pierce

How difficult is it to defend in modern NBA?

“You don’t want it to turn into a penalty battle. You want the free flow game” – Pierce

WBC heavyweight champion, Deontay Wilder joined the show!
Be sure to check out his fight with Tyson Fury on December 1st at Staples Center or watch the fight on Showtime!

How are you preparing for fight with Tyson Fury? 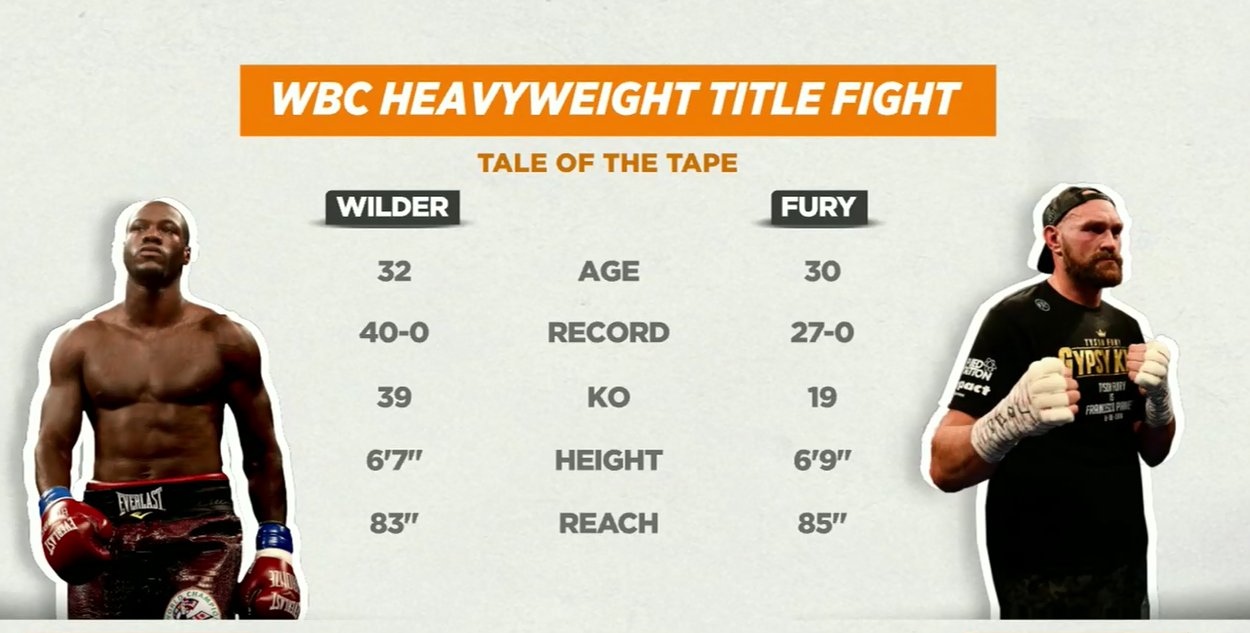 “It’s all about the mentality and mindset” – Wilder

“It’s just the sport of boxing. It’s the battle” – Pierce on why NBA players enjoy watching these fights

LaMelo Bell gets ejected after slapping an opponent during a JBA International game! pic.twitter.com/r346mSi1Vk 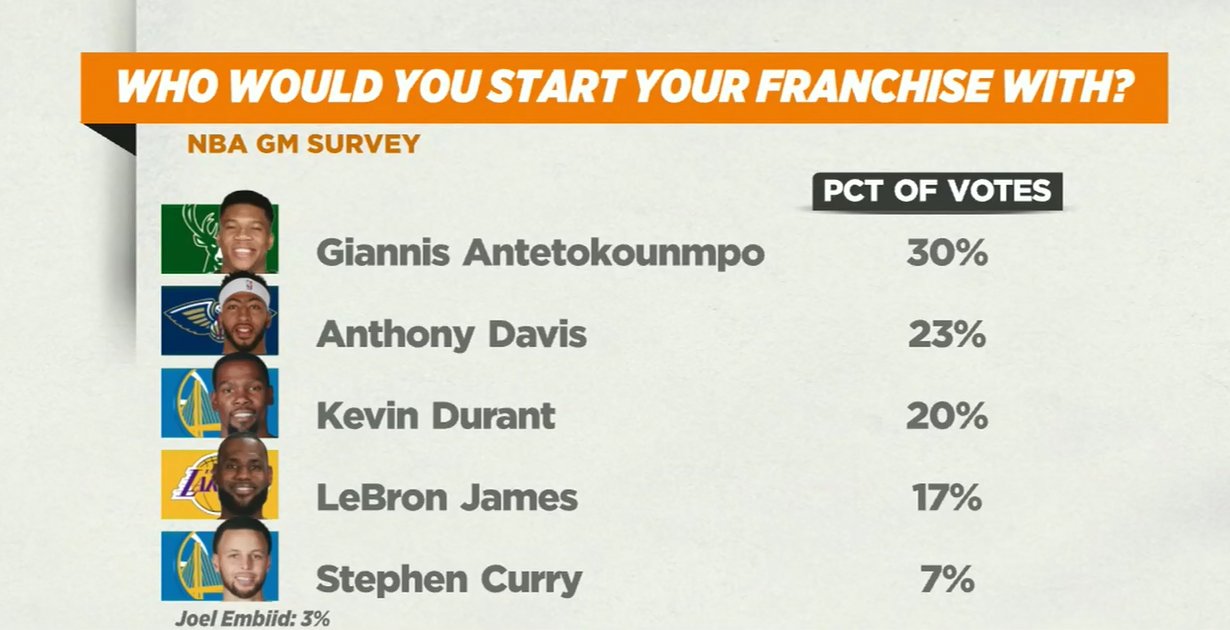 “This guy, when you take into account: age, durability, ceiling, athleticism, body and intensity. He has just a really vicious competitive streak. Who exceeds him in all six?” – Arnovitz

“I’m going with Joel Embiid, the nastiness. He can play defense, he’s not afraid to speak his mind on Twitter!” – Pierce

“Thibs has to realize that Jimmy is stuck on his way. It seems like it’s too far gone for them to mend the fences and you have find a trade partner sooner than later” – Pierce

Knicks at Nets | Spencer Dinwiddie (Brooklyn Nets guard): “I don’t believe that anybody can guard me”

“That’s a great mentality to have. He has improved each and every year he has been in the league. I love him as a guard” – Pierce

He’s here! A little past his due date, but so worth waiting for 😊 Clearly he just wanted to be an October kid. We hear it’s a good month for baseball and babies ⚾️ Please welcome Daniel Charlie Barich to the world. He made his debut on October 2 at 6:24 pm at 8 lbs, 7 oz pic.twitter.com/epJWZL2fTy