Was this really an offensive foul [on Noah Vonleh]?
From the Knicks/Wizards game last night:

Opening Monologue: Bamba-Embiid “Rivalry” is going to be fun

Rachel Nichols and Mo Bamba playing some video games with people from The Ringer:

“Not quite yet. You have a small sample size of this. Once you’re playing against starters full-time, then will see. It’s all about the confidence” – Pierce

Don’t watch the overhead angle of the Kobe-Barnes no flinch unless you want it to be totally ruined.

He wasnt standing in front of him when he did it my whole life is a lie pic.twitter.com/8pGF2IRAjQ 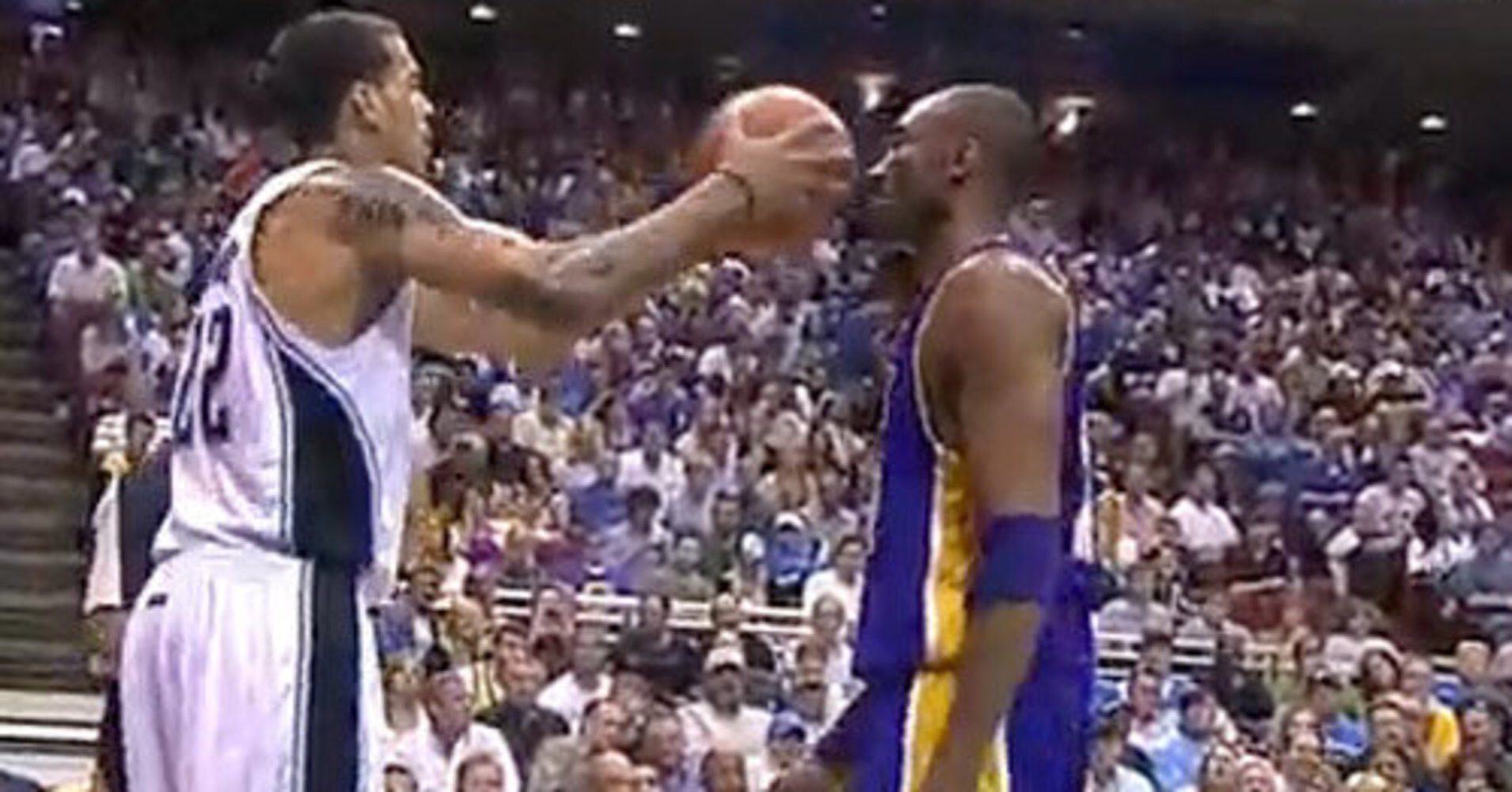 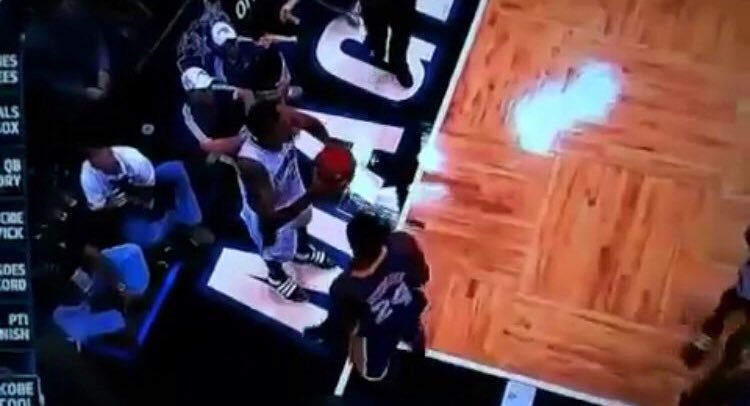 “That’s Harvey Dent, ladies and gentlemen. He kidnapped the commissioner’s son!” – Elhassan who was making a reference to the movie “Dark Night”

Ron Baker loses a contact on the court, then produces his own saline solution. Way to improvise @RonBaker31!#Knicks pic.twitter.com/nTlyiRdcdL

Every seat on the @dallasmavs plane is first class ✈️

What NBA traveling looked like back in the day:

Did Markieff Morris deserve to get tossed from a preseason game? 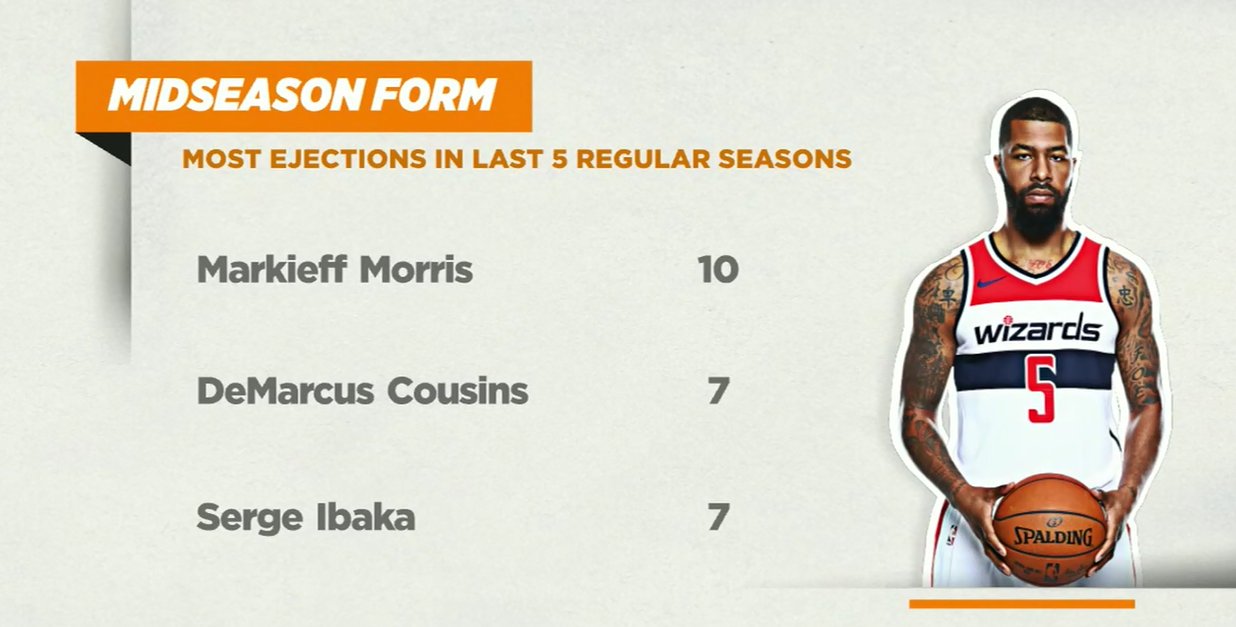 “He’s setting the tone for that team. I like that” – Pierce

.@NBA coaches across the league are taking action this #WrongfulConvictionDay to show support for the wrongfully convicted and the innocence organizations setting them free.
Please visit https://t.co/zeFLxnJaQy to see how you can help. pic.twitter.com/4LN0w0cgPg

Preview of “Student-Athlete” which premieres tonight at 10pm on HBO! | Expect LeBron’s NCAA documentary to move the needle?

“There needs to be an overhaul. He has the loudest voice in all of sports. I love that he’s bringing this to light” – Pierce

“Do I think it’s going to make an impact? I’m going to say no. For two reasons: The people who are going to watch it are going to believe it anyway and the people who need to hear that message, they’re not listening to it” – Elhassan

“He looked tentative. I’m excited to see what Toronto is going to do with their lineup” – Elhassan

“He is so good defensively, but we underrate his offense” – Elhassan

“He reminds me of Ginobili a lot. He’s got some craftiness in his game” – Pierce

“They will regret it. He’s so discipline and crafty. He’s one of the greatest European players we’ve ever seen” – Pierce

Lisa Borders steps down as WNBA president leaving to become CEO of “Time’s Up.” Deputy Commissioner, Mark Tatum will take over in the interim.

Pierce: Everything
“This is going to give him confidence moving forward”

“This guy is a workoholic. He wants to be one of the best in the league”

Elhassan: “You have to look like this, especially when it’s for a franchise that hasn’t had a lot of success”

Elhassan: Nothing
“It’s in the CBA”

Pierce: Everything
“This could be a marketing genius move for him”

Pierce: “To me, he’s still a starter in this league. He’s a scoring PG”

Elhassan: “Jeff Teague is better than Derrick Rose. No question”

Elhassan: Something
“For him, this is a big deal. I don’t understand why he turned down the Qualifying Offer”

Pierce: “He feels like he could get a better opportunity somewhere or even more money. He’s betting on himself. That’s what players are doing today”

Kyrie apologizes for saying the world is flat. #Under30Summit pic.twitter.com/uJH3fNbPqS

“Why apologize when the earth is flat? Everyone knows this” – Pierce

Grizzlies vs Rockets | Expectations for Melo’s preseason debut with Rockets?

“I expect Melo to shoot every time!” – Pierce