Okafor primed for a big season? 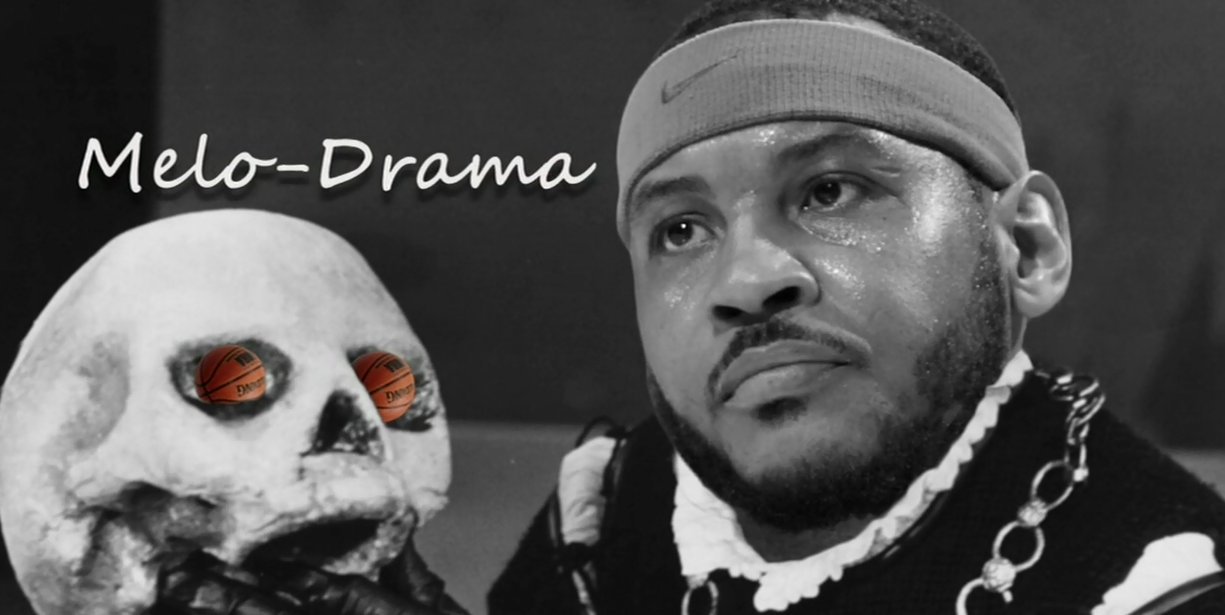 Melo on coming off bench last year in OKC (September 2007): 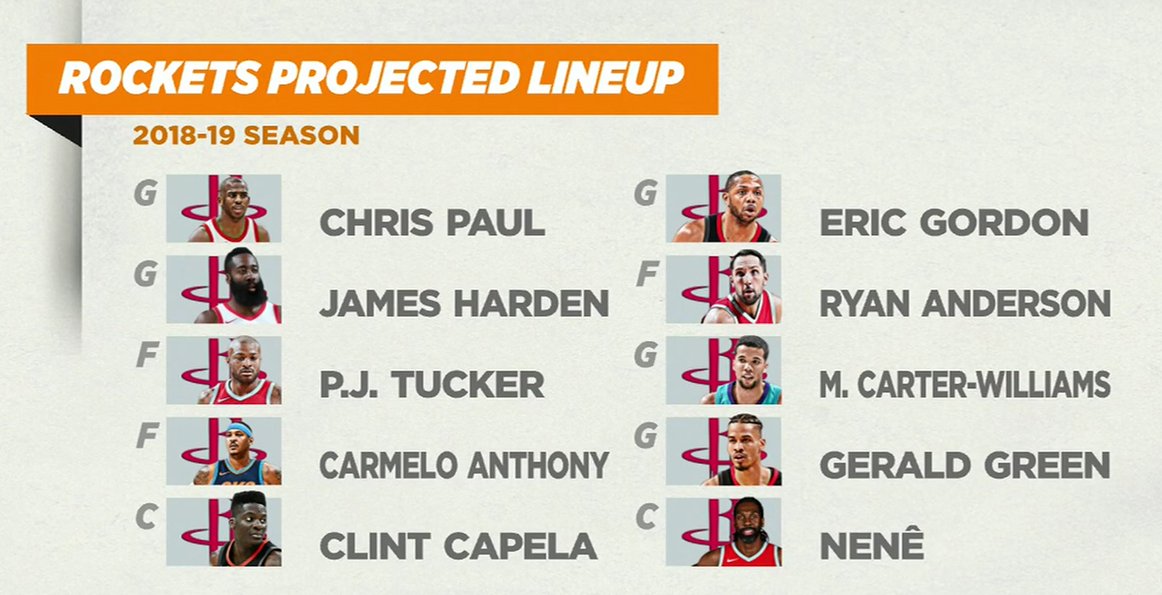 “I like him as the starting 3, 4. For Houston, it’s a good acquisition” – Arnovitz

I apologize for my choice of words about Cleveland. I was on my live playing around. They don’t show you everything for a reason smh. Right after that I clarified what I said…. All love to everybody who had love for me in Cleveland.

“He committed a gaff” – Arnovitz

Here’s what he said on the ‘Real Talk Basketball with Rex Walters Podcast:’

“I don’t have any idea. I’m sort of as lost as I’ve been. Every other time, I’ve known or had a pretty good idea that I was still gonna try. If I could get a job [for next season], I had planned to coach. Now, I really don’t know. I’m really lost right now. I don’t have an idea.”

“Coaches get recycled. I do think he’ll get a chance to coach again because he maintains a great reputation” – Young

“I love to see Stan get another shot. He’s been a real innovator” – Young

Big Baby @iambigbaby11 was at the Drew talkin crazy to fans and killin 😂😂 he’ll play in the championship today @DrewLeague pic.twitter.com/mn2xgXBww3

Robert Williams said he just got a place right next to the Celtics new practice facility. “Two-minute walk, said Williams who laughed and added, “Can’t be late!”

Handles; When people say ‘Now how does this help you in a game?’

High schooler Dalen Terry, a four-star recruit out of Tempe, AZ showing off the handles:

Caution; Does Embiid need to chill a bit?

“Absolutely not. Take your time here and get healthy” – Young

“They’re (Nuggets) playing with house money. I don’t totally buy that he is pain-free” – Arnovitz

Luka Doncic is the clear favorite for our panelists, but who do you think will be this season's ROY?

A fan commented on the above post and Porter Jr. liked it! 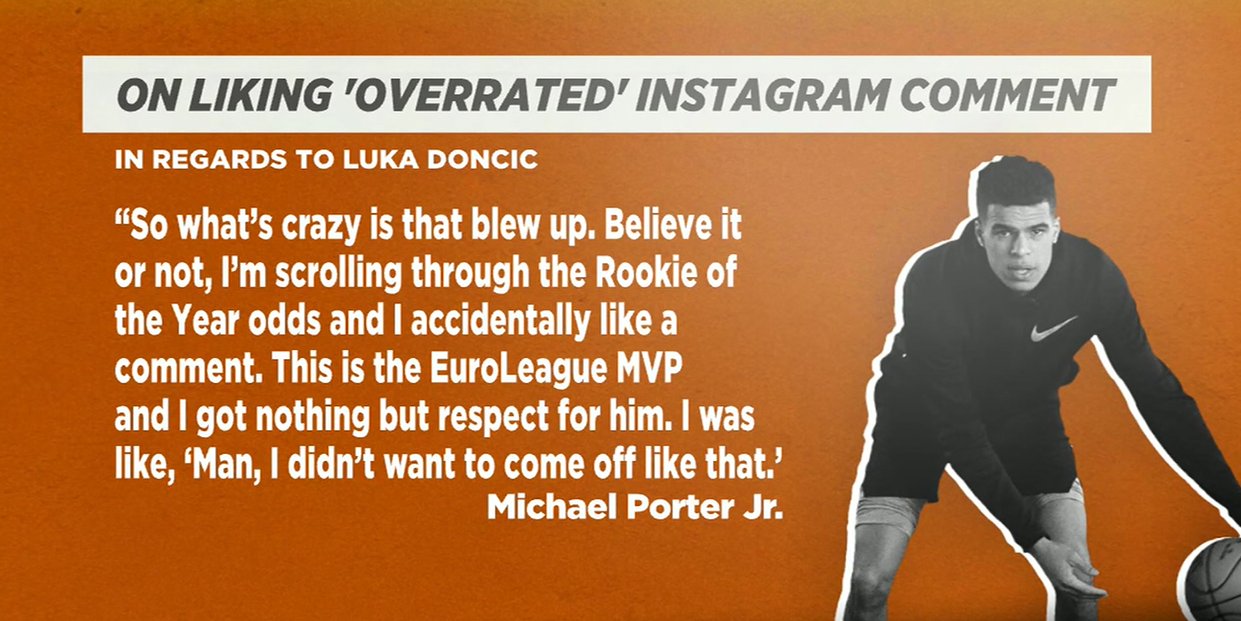 MVP of Euroleague can’t be overrated. A injured player who has not played 5 college games can be overrated. #Facts https://t.co/OWOzb6UUx7

“No way! This is the NBA. We want the drama” – Sedano on people forgetting about this

Run it Back!
Does Melo make Rockets bigger threat to Warriors?
Click here to read more about how Melo will fit with the Rockets (By Kevin Pelton) 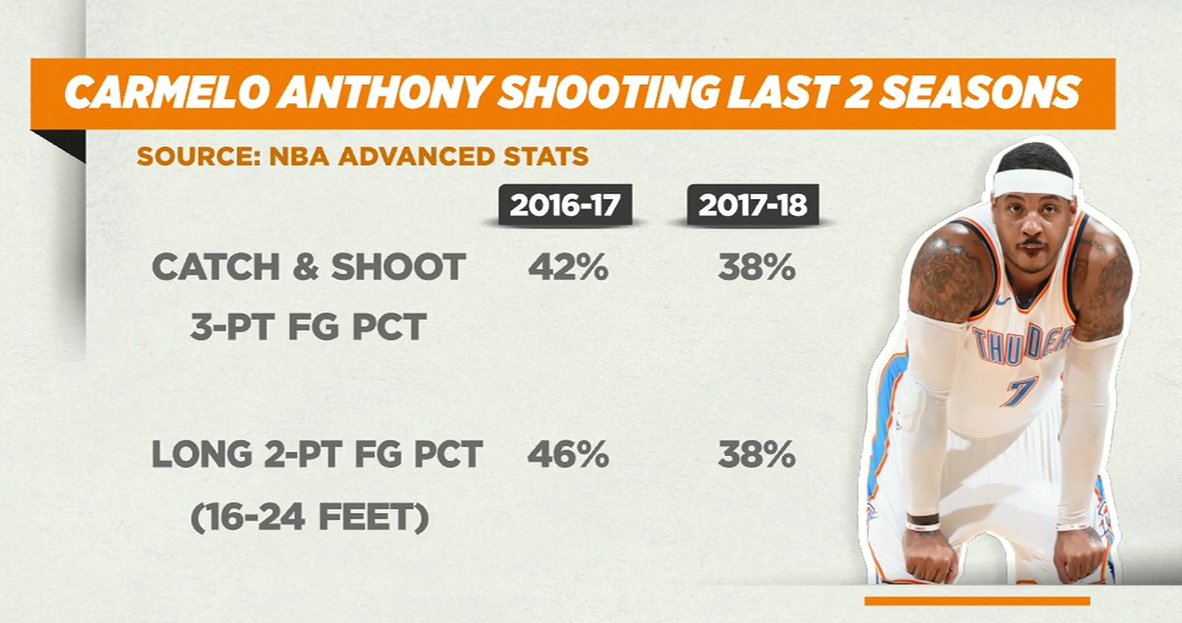 “Melo can be a helpful player for the Rockets” – Pelton

“Houston’s system is going to fit him more favorably” – Young

“Carmelo is kind of expendable” – Arnovitz

Expect West to be more or less competitive? (Per ESPN’s Summer Forecast) 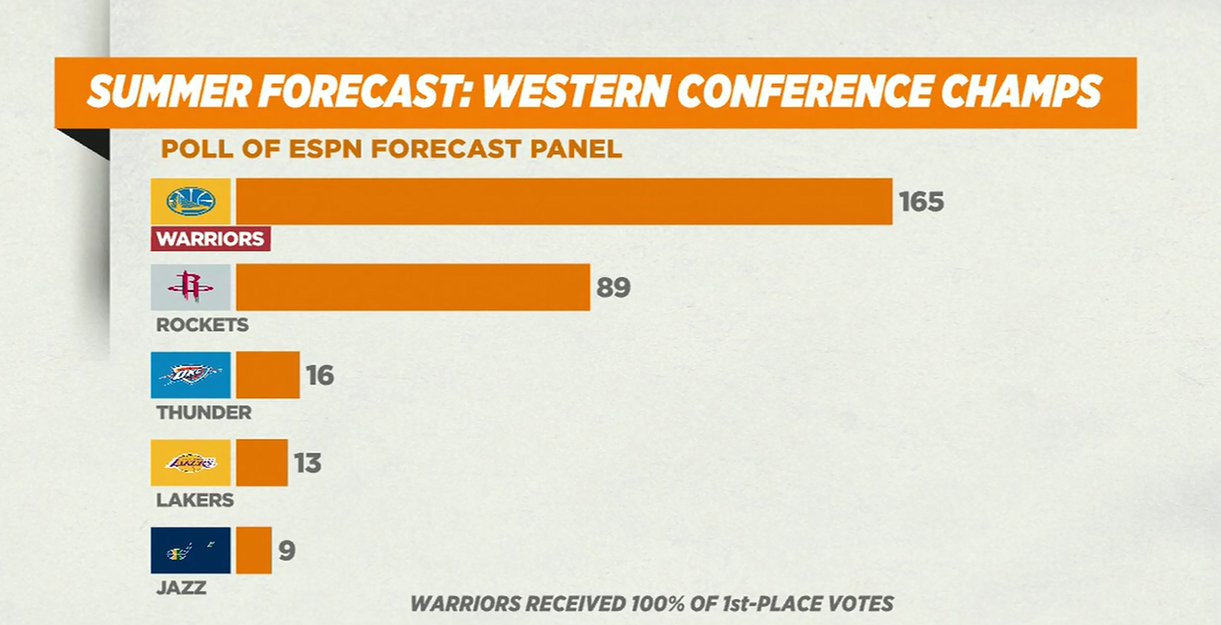 “Way more. You can map out 11-12 teams that are legitimately in the playoff discussion in the Western Conference” – Young

“More competitive because LeBron is in the conference now” – Sedano

Video Essay: The Season of LeBron by ESPN’s Scoop Jackson 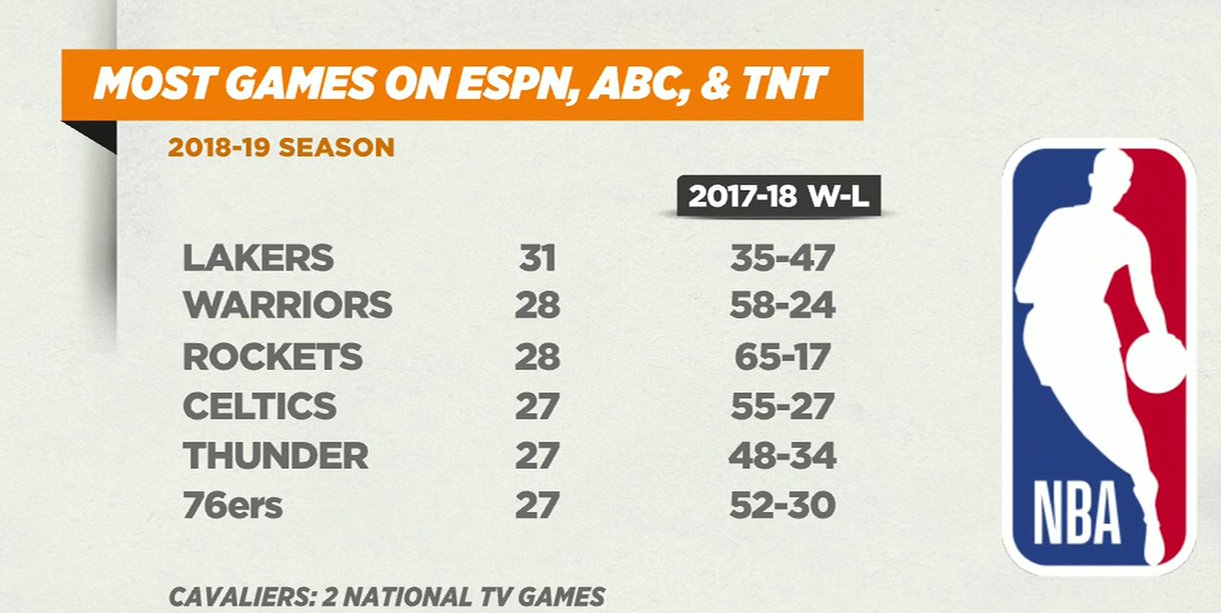 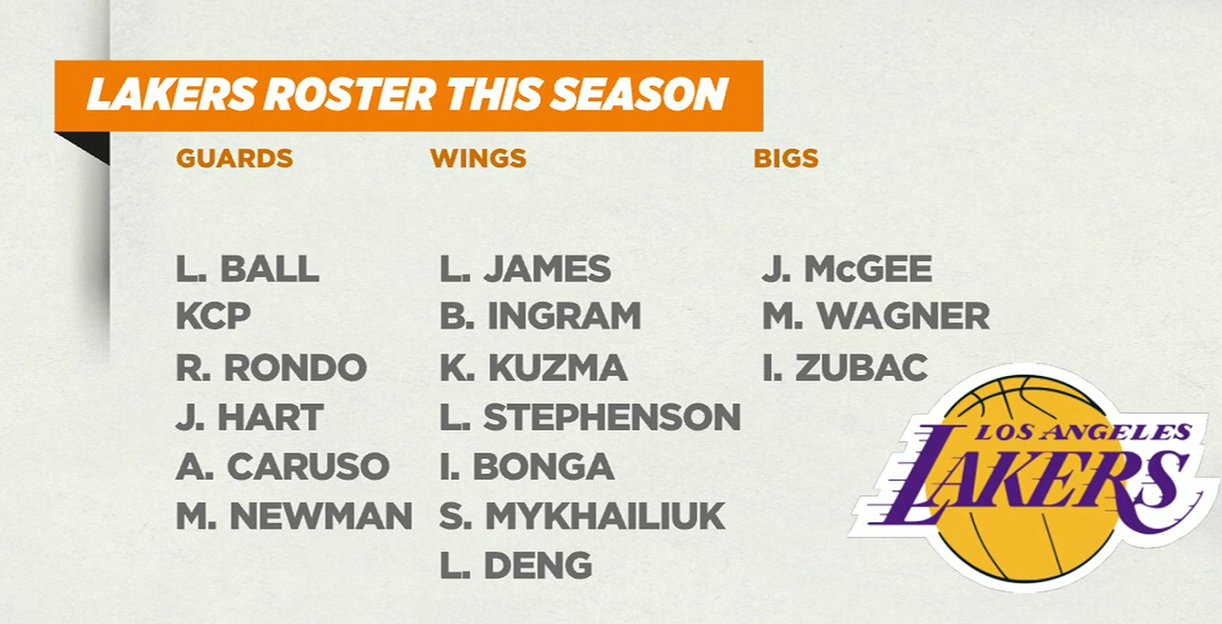 “The Lakers are win-win for the broadcasters” – Arnovitz

Games you’re most excited for?

“I want to see where do the Rockets now measure up against the Warriors with the changes? How will that affect them?”

“Watching DeMar DeRozan return to Toronto. The ovation he gets in that great arena from those fans who love him, whom he loved”

“I am somebody who does believe that if the Celtics are healthy, I think they got enough”

“When you add in Kyrie Irving vs LeBron James, there’s an extra layer there. And they’re really good teams”

“He has a lot more to give. Got in great shape when he got to the Heat last year” – Young

“There are a lot of guys, particularly the guard position, that look up to Dwyane and I think he understands that” – Sedano