MVP a realistic goal for Joel Embiid? (Via Michael Lee of Yahoo! Sports) 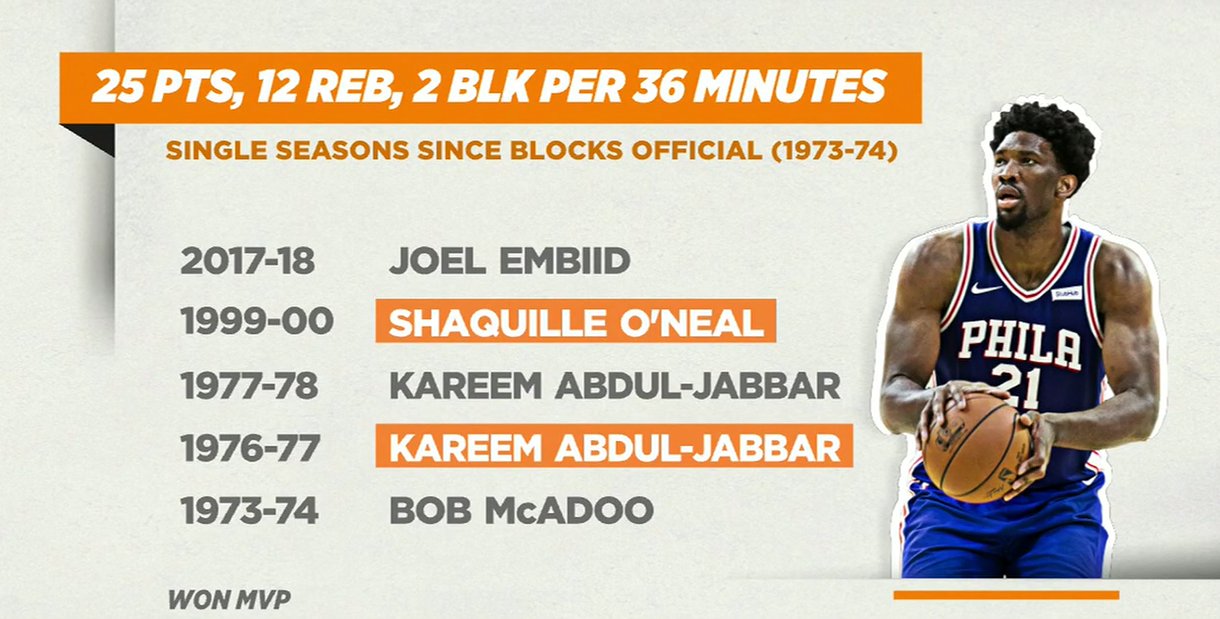 “The Sixers are going to be good. What he said is accurate” – Elhassan

“He wants to put that pressure on himself. He wants talking about it from the jump” – Shelburne

Did Sixers need to add another star? (Via Michael Lee of Yahoo! Sports)

“If you bring in another star, he might stunt the growth of the other guys” – Young

“They need another player to truly contend this year” – Elhassan

“They’re gonna be really good, but not at that Kawhi championship level” – Elhassan

Think Fultz’s shooting woes are behind him?
Drew Hanlen: Trainer for Markelle Fultz and Joel Embiid 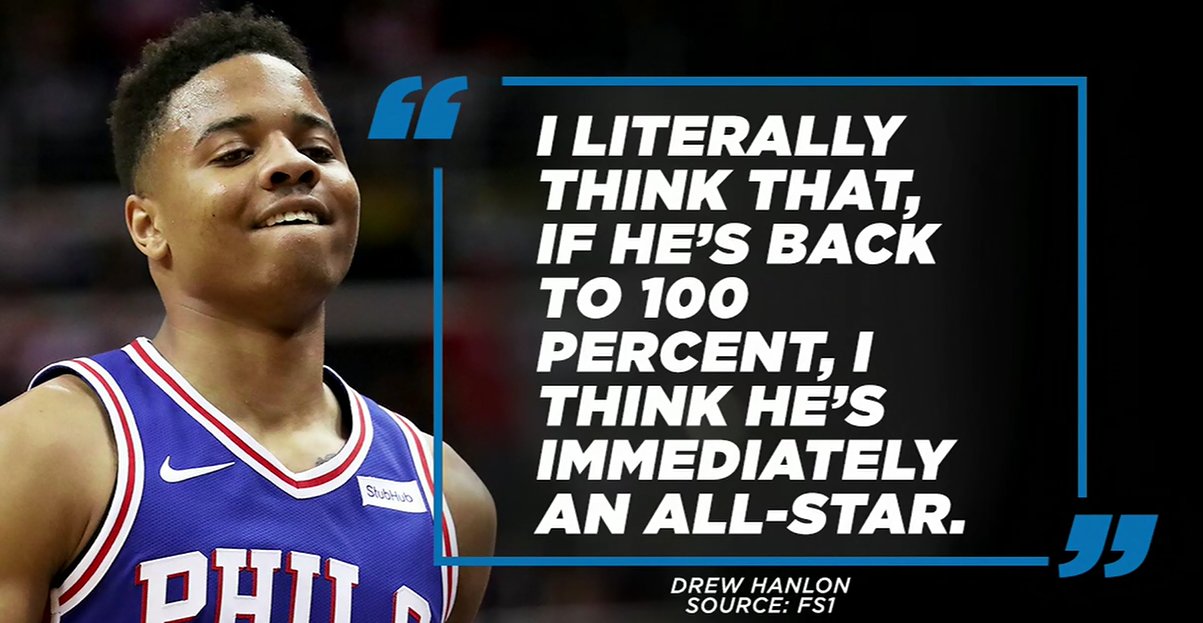 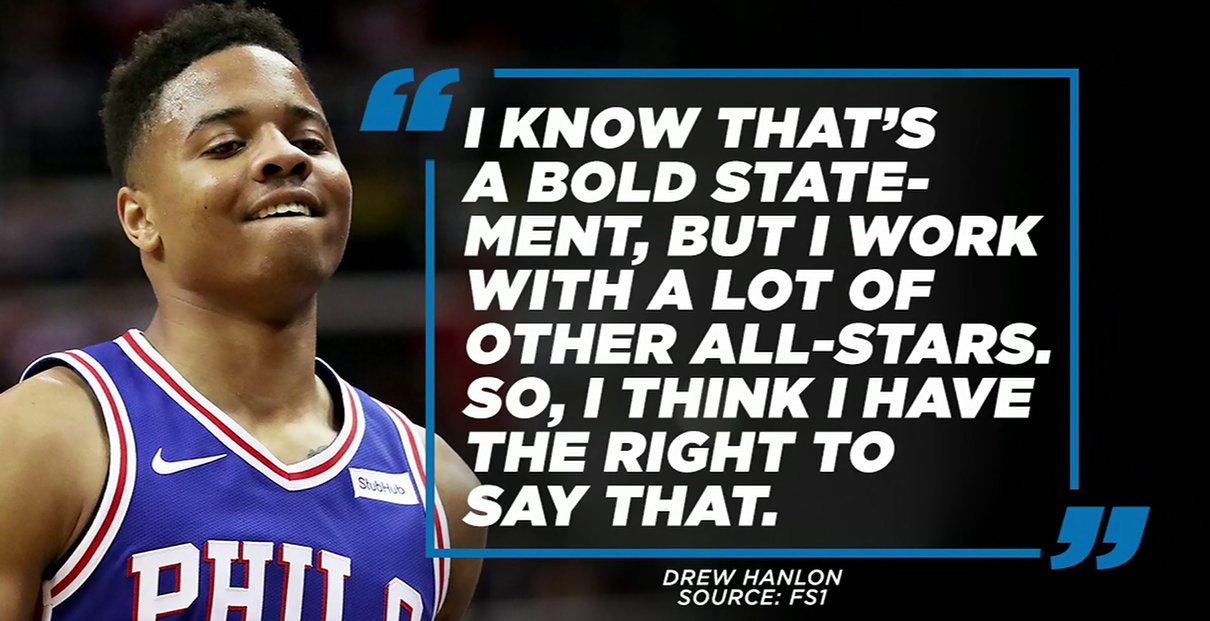 "We're not hiding Markelle Fultz, we're not protecting him…people are going to see the results during the season, and that's all that matters."

Markelle Fultz's skills coach, @DrewHanlen on what we can expect from Fultz next season pic.twitter.com/3tvfTcHr9e

“Do it when it counts because he struggled” – Elhassan

“This might be a confidence thing. I want to see it to truly believe it” – Young

“Football is my first sport. I teamed up with Snoop about 6 years ago and we came up with it and we’ve rolling ever since. It’s been a blast” – Barnes

What’s next for you in your career?

"You win some, you lose some, but at the end of the day you live"- @MoneyLynch on his Super Bowl experience

“I thought Rudy (Gay) would go get it” – Barnes

“He was just on his Kobe stuff” – Barnes

On The Jump, @Matt_Barnes22 reveals what happened after @kobebryant didn't flinch. pic.twitter.com/76XVN1yEJ9

“Let’s not go to overtime. Let’s get outta here” – Barnes

“That was our superstar (Blake Griffin). You can’t just push up on Blake like that so that was kind of my job” – Barnes

“If you don’t have the same jersey on as me, we’re not friends” – Barnes

Don’t expect Barnes to make a comeback to basketball: “I’m on business now. I have no desire to comeback. No BIG3” referring to Ice Cube’s BIG3 League

“I appreciated the opportunity, but I don’t really count that as a championship for me” – Barnes on coming to the Warriors late into the season back in 2017

“He talks trash and backs it up” – Elhassan

“If you’re a fan, you know there’s a chance that your phone is not in your hand anymore” – Elhassan

Buy that KD is being “Real” now?

KD in the past has replied to random fans who criticize his decision to join the Warriors: 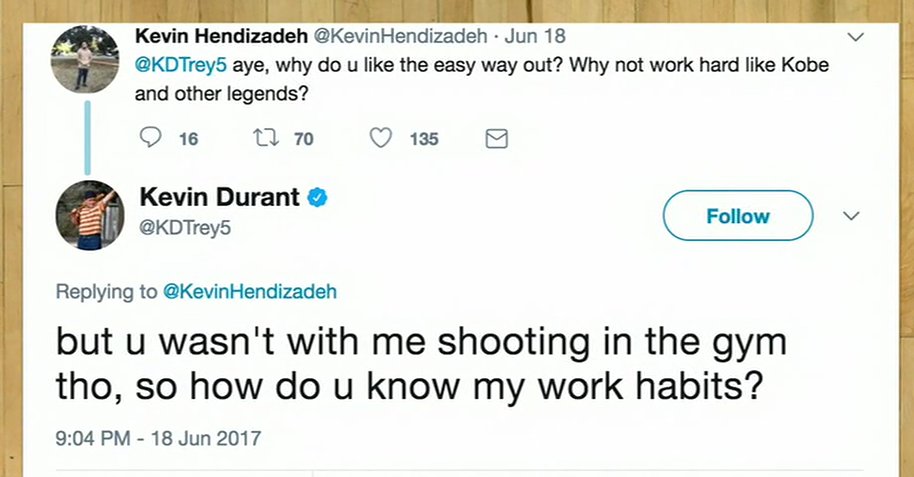 “The idea that he was a phony, it’s his life. Which parts were phony?” – Young

“You should not have to explain yourself to these people” – Elhassan

“He does have an insecurity about him. This is KD unfold” – Shelburne

What’s next for all 30 teams by Front Officer Insider, Bobby Marks (ESPN)

These are the creepiest mascots in sports pic.twitter.com/lgibzAaxAJ

PJ Tucker with a pretty nice sneaker rotation today. Warmed up in the F&F Quai 54 Jordan 3, played the first half in the Jordan 13 “Oregon”, and finished the game in the Kobe 6 “Barcelona”.#KicksAtTheDrew pic.twitter.com/HNyxMyK8FD

Why haven’t KAT, Wolves agreed to extension yet? 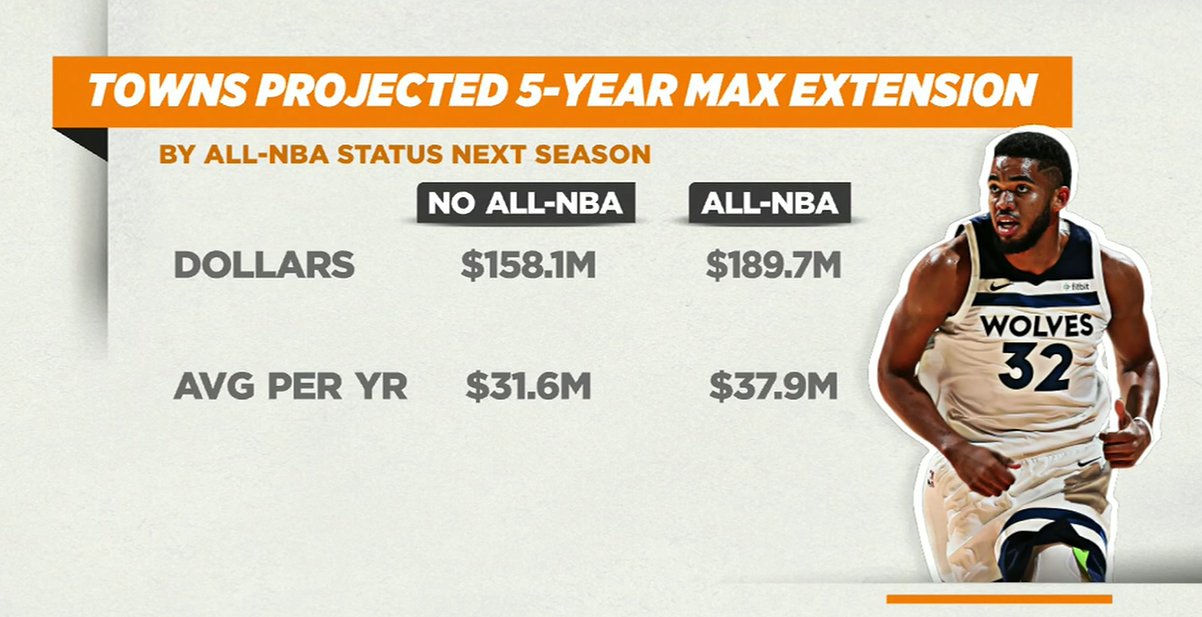 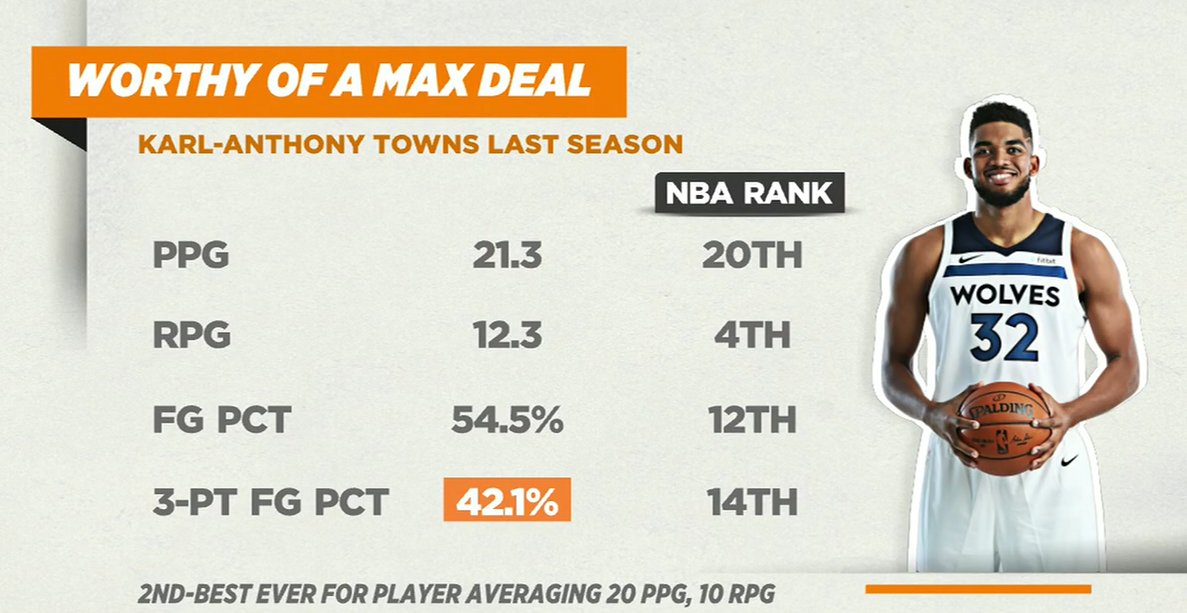 “There’s other stuff that happens behind the scenes” – Elhassan

“There’s no reason to believe that he will sign this extension. It’s a matter of walking the road to get there. Which they eventually will” – Young

Shaq says Kobe is coming back?

“No. You saw his face. He knew exactly what he was doing” – Young

“This is what I love about Shaq: He tells everybody ‘I’m joking around. This is marketing'” – Elhassan

I'm excited to share the launch of The Rose Scholars program, a scholarship program which seeks to give high school students the opportunity they need to make their dreams a reality.

To apply, check out https://t.co/h1nnPR04TW#RoseScholars2018

“It’s very cool. I’m glad LeBron is inspiring guys to do this” – Elhassan