Jaylen Brown learning to sweep the leg?
He is trying to learn Martial Arts in Indonesia

“I still regret giving my 14-year-old my name.” – @KingJames

This and more real, unfiltered conversation with @OBJ_3, @mavcarter, and more in UNINTERRUPTED’s unscripted series THE SHOP. 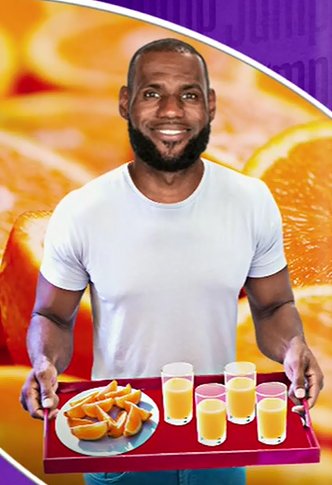 Giving his son (Bronny James) his name is not a first though:

LeBron: “I still regret giving my 14-year-old my name” (Via Uninterrupted)

“I love that LeBron has entered this stage where he is revealing vulnerability. I want to think out lot and share these impressions. I’m loving this part of his career” – Arnovitz

“The minute his kids picked up the basketball, that was going to be the comparison and those are the things that they have to deal with” – Sedano

Ceiling for a healthy Kyrie next season? 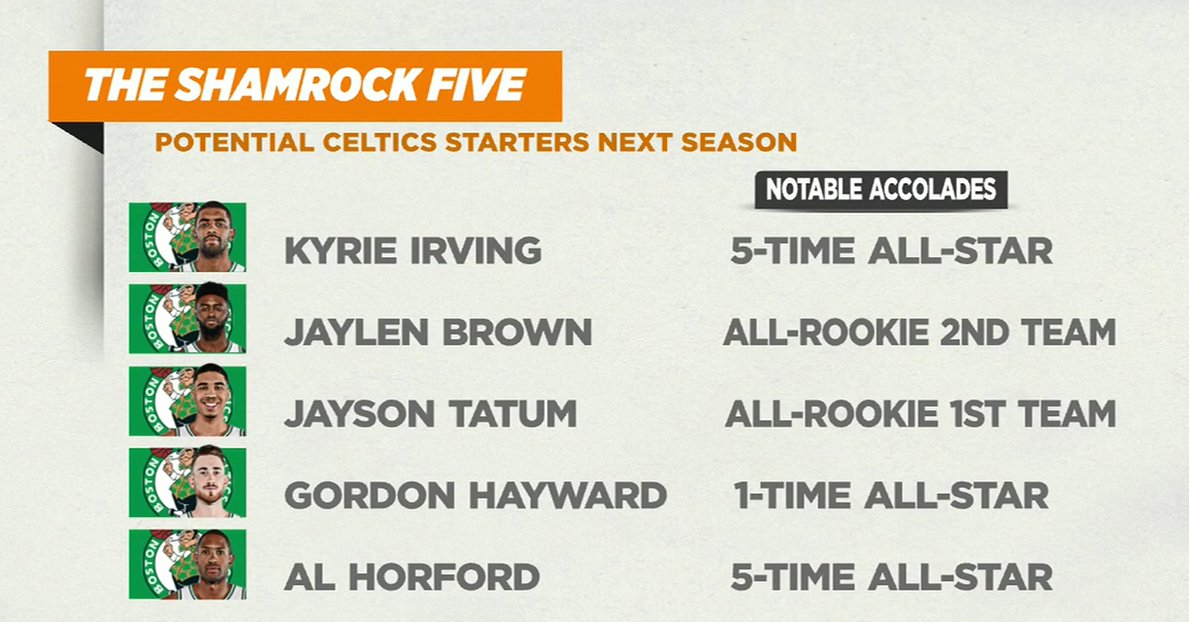 “Kyrie at one point was an MVP candidate. That’s his ceiling” – Sedano

“Kyrie can continue to become a capable defender” – Sedano

Horse; Should horse be added to All-Star Weekend?

Rivalries; How do Lakers fans feel about this?
Jayson Tatum has been working out with Lakers legend, Kobe Bryant

Backups; P.G. on Schroder: “Hands down the best backup point in the league”

Does Love extension help or hurt his trade value?
Click here to read more about this topic (Via Kevin Pelton/ESPN) 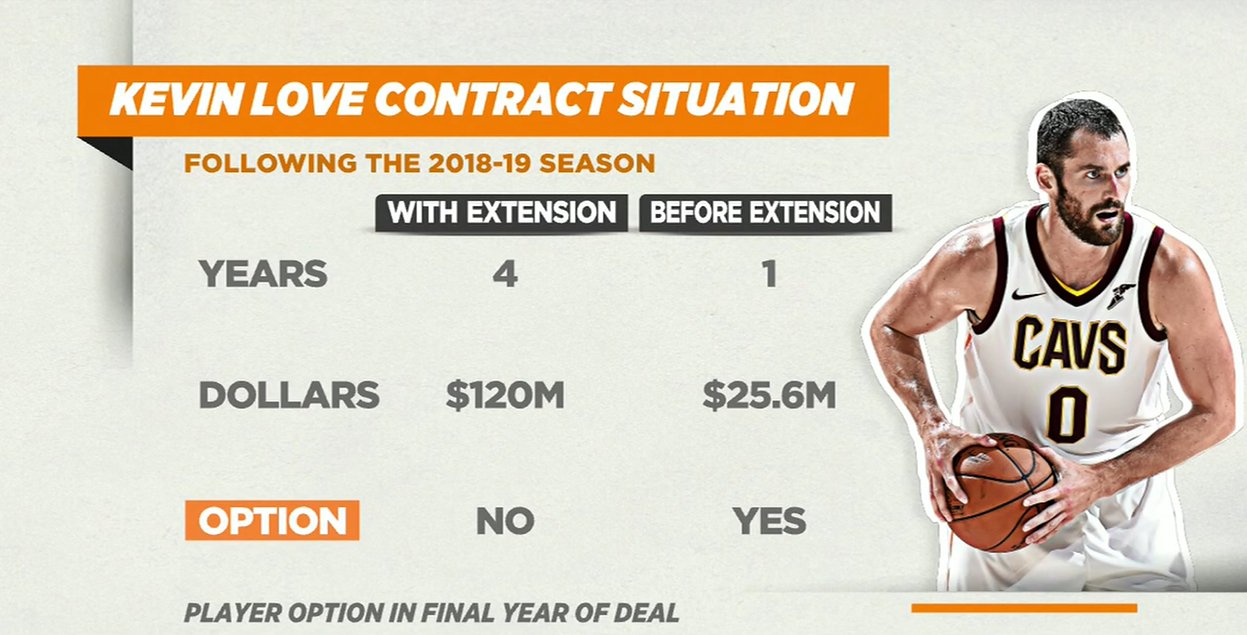 “More later than earlier. As the cap goes up, his salary goes down” – Arnovitz

Warriors’ Kevin Durant: “Don’t get mad if I’ve got something to say, then catch feelings if I call you out on it. And I’m the sensitive one and I’m insecure?” pic.twitter.com/1wYPF1ewHs 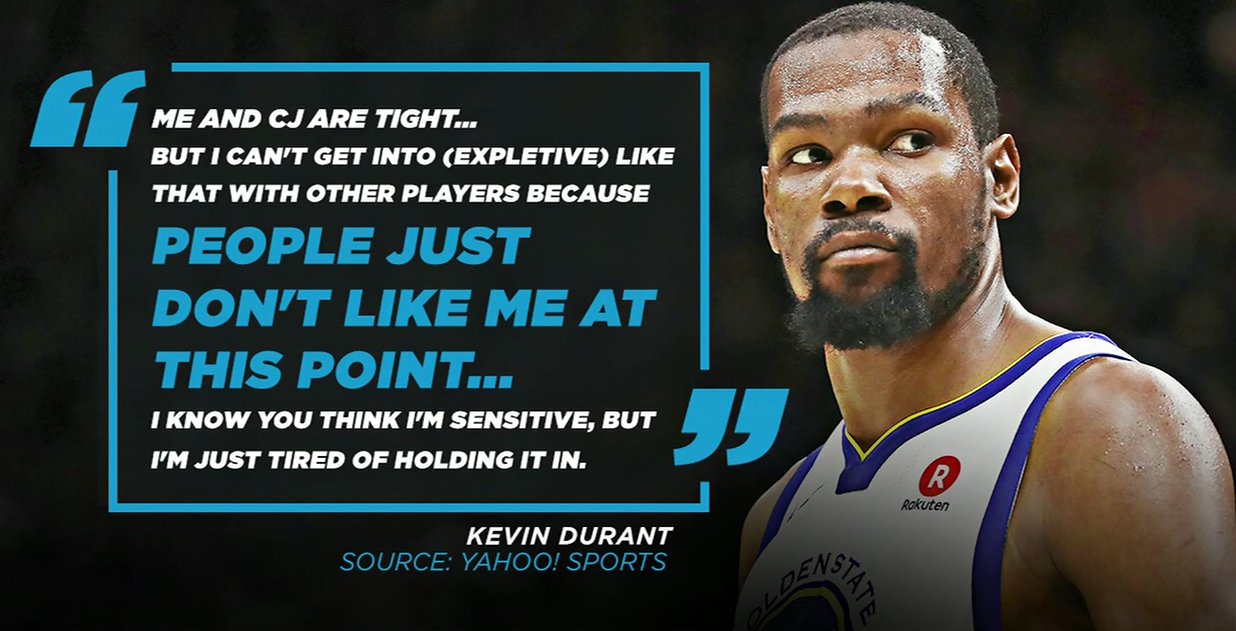 “I think that that is why he’ll eventually leave. He won’t stay there (Golden State) forever” – Sedano on people constantly criticizing his move to Golden State

“I realize his frustration. I don’t think there’s anything wrong with being sensitive. But if you are, you have to own it and people will call you being sensitive” – Arnovitz

Insider Brian Windhorst joined the show from Vegas to give the inside at USA Basketball camp!

Player more people should be talking about?

What did Harden say about Melo? 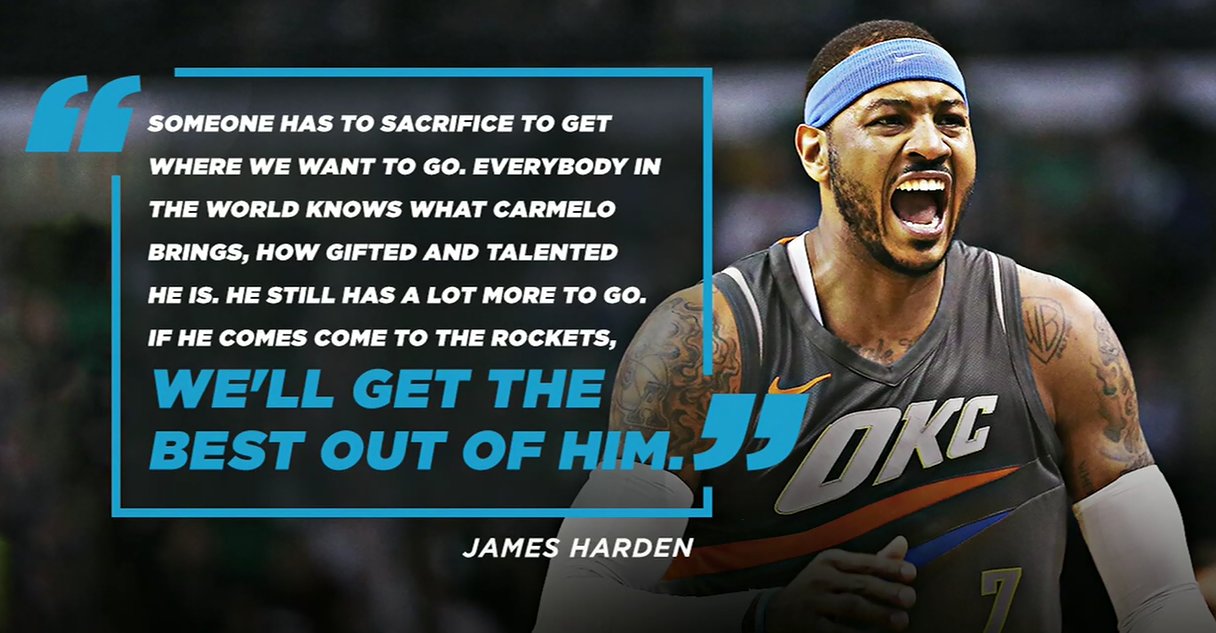 “There’s been some frustration of what’s been going on there [in Houston]. They lost some key players” – Windhorst

“It’s an important time to bond for them. He (Pop) was definitely making it a focus” – Windhorst

Any word on Kyle Lowry?

“He’s saying nothing. He actively dodged the media. He’s doing the Raptors a favor by staying silent” – Windhorst

“They are looking at Boston as a priority market” – DePaula

New Balance is the new head sponsor for the new Auerbach Center:

The Celtics facility is across the street on the headquarters of the New Balance HQ, a first time a team has done that

Here’s what he told Bleacher Report:

“I love the signing. This gives them a lot of balance” – DePaula 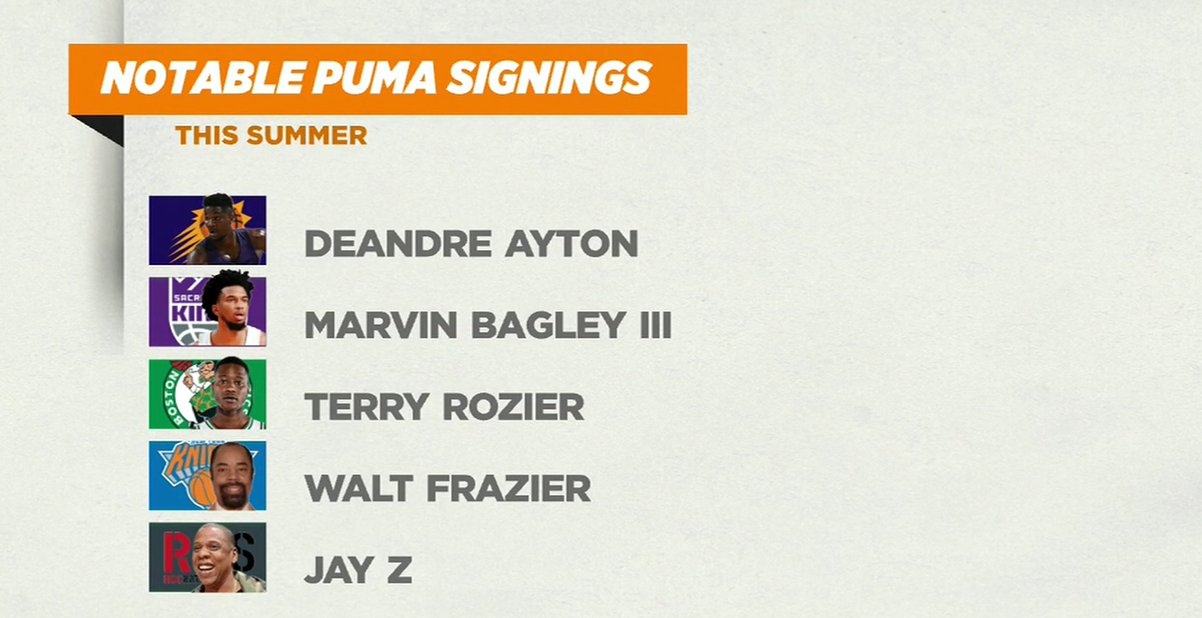 Porzingis earned right to be included in Knicks decision-making?

“I love that he (Fiz) is there bonding with him. He’s their franchise cornerstone” – Sedano

What’s the long-term plan for KD? 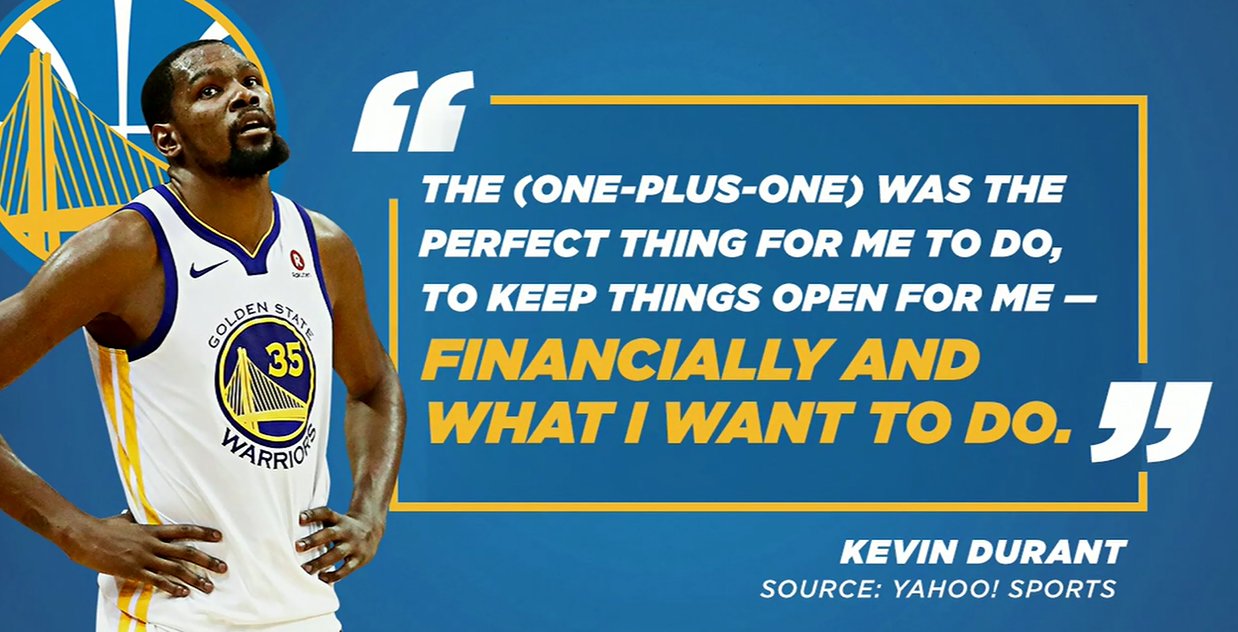 “He stays until he feels like ‘This is not a challenge, he gets bored'” – Arnovitz

“At some point, he’ll get fed up with it. I think he goes to the Eastern Conference” – Sedano

Pat Riley too honest about Whiteside (Via Miami Herald) 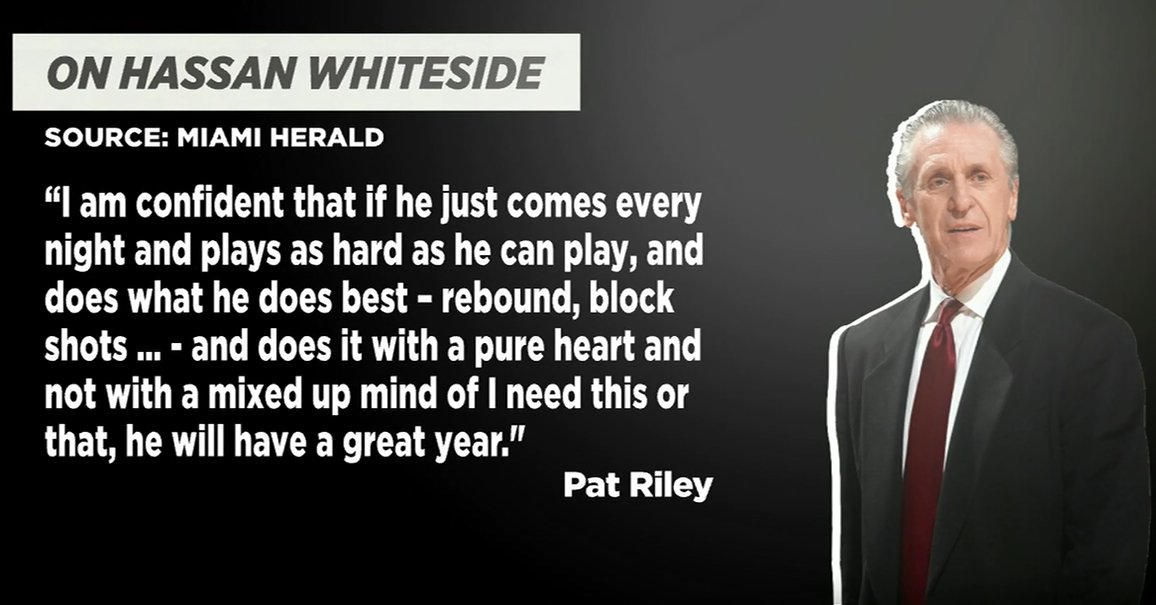 “Really? Good luck, Pat. That’s all I would say to you. That has not been the case with Hassan Whiteside when he was in college, not as a pro, not at any time it seems like since he’s been playing basketball” – Sedano