Were you invited to Ben Simmons’ 22nd birthday party?
Partied in Vegas with Meek Mill and Patriots owner Robert Kraft! 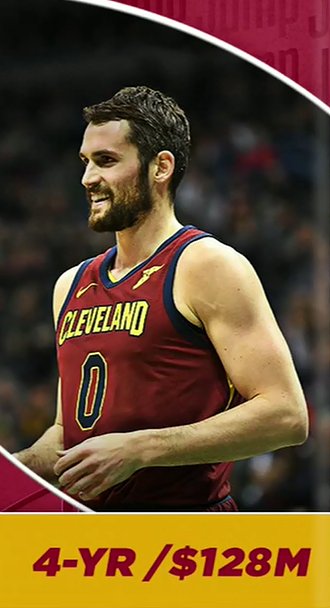 “He was expressing interest ever since the end of the season in wanting to stay with the Cavs, even when LeBron left. I’m okay with it” – Windhorst

“He’s with a franchise that he has enjoyed” – MacMullan

“You’ve locked up Kevin Love. The numbers will go up” – MacMullan 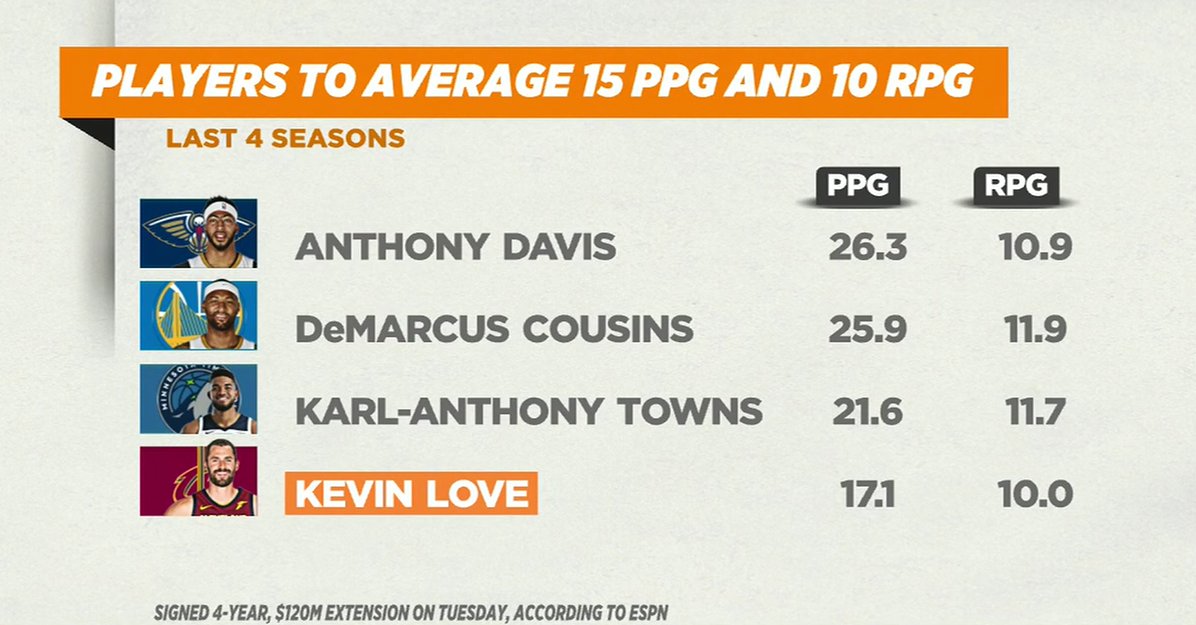 “He is a completely rebuilt player” – MacMullan

“He has had a lot of rough nights in Cleveland” – Windhorst 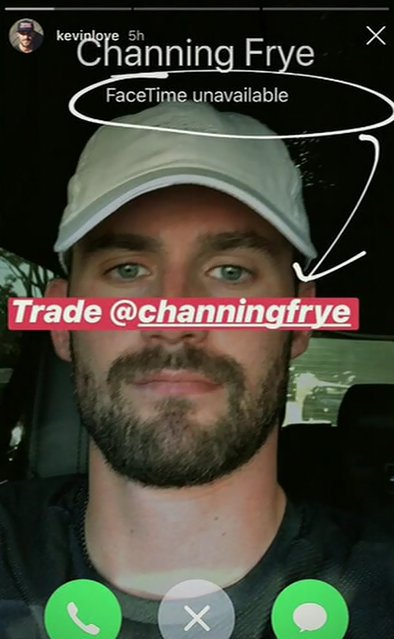 Technology; We used Microsoft’s face API on iconic NBA moments
On yesterday’s show, this picture was shown from Raptors Reddit:

It was of Kawhi’s face being analyzed with Microsoft’s facial API technology that tells you what percentage he’s angry, disdain, happy or any of that

Movement; Should Dwight start getting bigger shirts?
Was introduced as a member of the Wizards yesterday

Pick-up; Jaylen Brown gets buckets in Bali (Via Irvine Kurniawan/YouTube)

Comfort; Think Shaq is re-thinking Shark Week? (He’s hosting it)
He got into a shark cage. The shark ended up getting into the cage with them

There's a shark in the @SHAQ Cage!! #ShaqWeek is now streaming on #DiscoveryGO. Watch it here –> https://t.co/mNNKQC0Rlc pic.twitter.com/OlfSdf9Dx2

Tutorials; Think ‘Ball Don’t Lie!’ will catch on in China?

@DwyaneWade can do whatever he wants. He’s DWADE. The Place where their talking about is near Siberia. I don’t think Gab and him are rocking like that. Maybe for 20 mill possible. BUT I doubt it. 50 plus games commercial FLIGHTS is A different BEAST! Just gonna keep it 100 https://t.co/nyqluJEdpp

“You don’t need to play over there. You are D-Wade. End your career with a lovely graceful flourish” – MacMullan

“I don’t necessarily know if Dwyane is at this point of his career yet. He was effective in the NBA last year” – Windhorst

“My eyes are going to be trained on Kawhi Leonard the whole time. The fact he wants to do this is that he feels better” – Windhorst

“We’ve been doing this for how many years? You can’t keep doing the same thing over and over again, and when you get a chance to get a top-five player, which isn’t very often, I think you have to jump on it.” – Masai Ujiri (Raptors GM) at a press conference

“I’m expecting Kawhi to be the same player” – Windhorst

Any chance that KAT passes up extension?

“This is everything. If he only gives them 3 years, it makes you wonder what his future is there” – Windhorst

“Shout out to John for reaching out to me and asking me to join this team. I’ve never had a guy like John Wall as a point guard so why lose that opportunity? I plan to be here until I retire. It’s about this team and it’s about us winning and that’s my only concern” – Dwight Howard at his Wizards introductory press conference

“He could be. This guy is a first ballot hall of famer. It’s up to him” – MacMullan

“Wall will get him open shots” – Windhorst

Melo signing decreases Rockets title odds?
According to CBS Sportsline, if the Rockets sign Melo, their chances of winning the NBA championship will decrease

“I feel this way about Carmelo. It’s up to Carmelo” – MacMullan

Where do Cavs rank in East right now?

Are Lakers additions being overlooked? 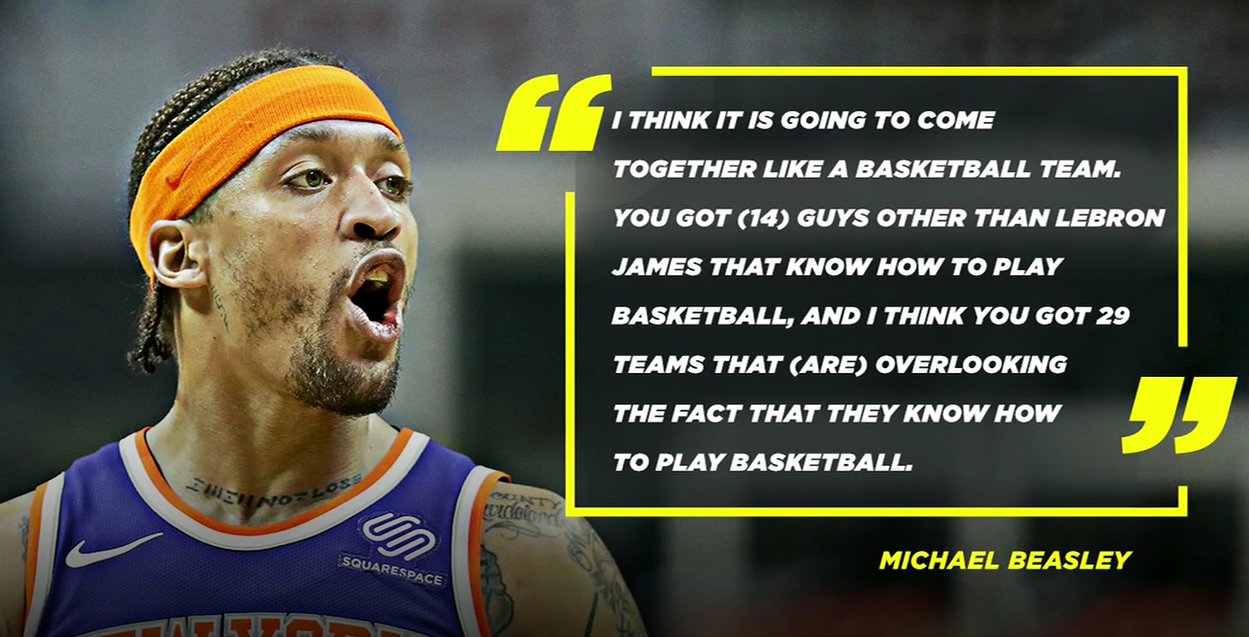 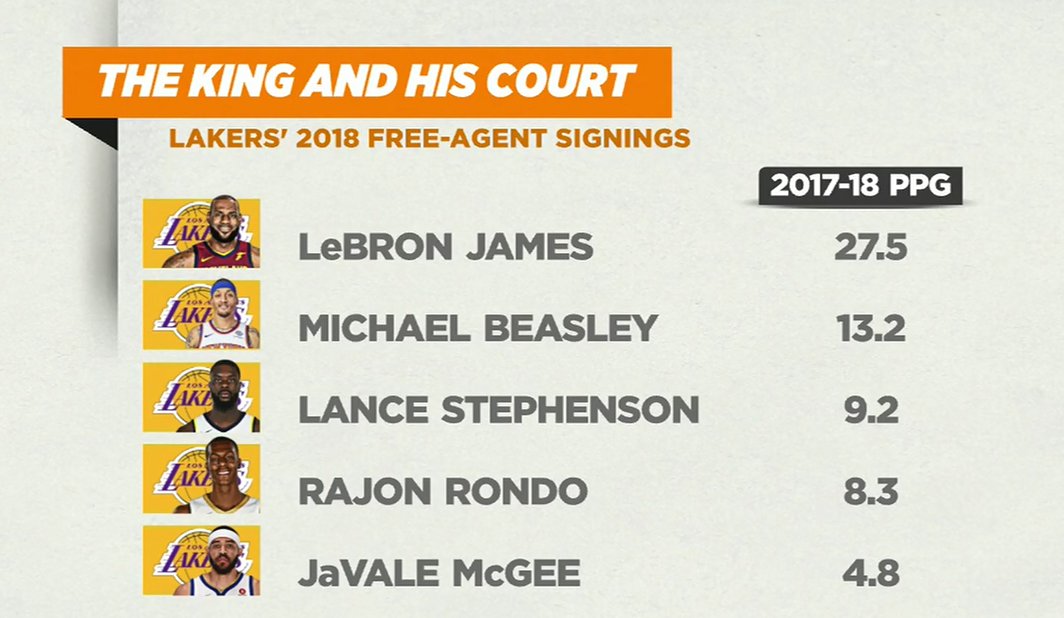 “Everyone has the right to say: How does this work?” – MacMullan

“Rondo, to me, doesn’t belong in that mix” – MacMullan

New Balance is expected to be a wild card. The Celtics’ new 70,000 sq foot Auerbach Center practice facility is actually located at the New Balance HQ in Boston. pic.twitter.com/2cFWEDrAWD