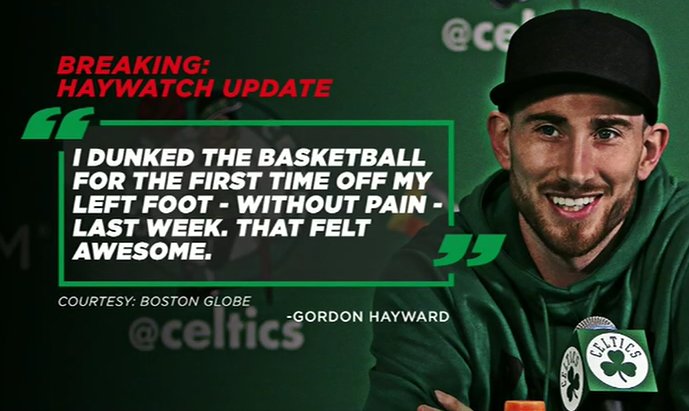 “I’ve had conversations with Kawhi, with his agent, with his uncle, and everything has gone well. I’m looking forward to meeting with them face to face. That’s our responsibility, is to figure it out. He didn’t express a lack of interest about playing in Canada to me” – Masai Ujiri (Raptors GM) at a Raptors press conference

“He absolutely does. He needs to provide answers” – McMenamin

“We don’t know what the guy is thinking. He’s been the biggest mystery in the NBA for the last 5 months” – Youngmisuk

“Just show up and talk” – Elhassan

“The city does not know what is coming” – Youngmisuk

What’s next for Melo after trade? 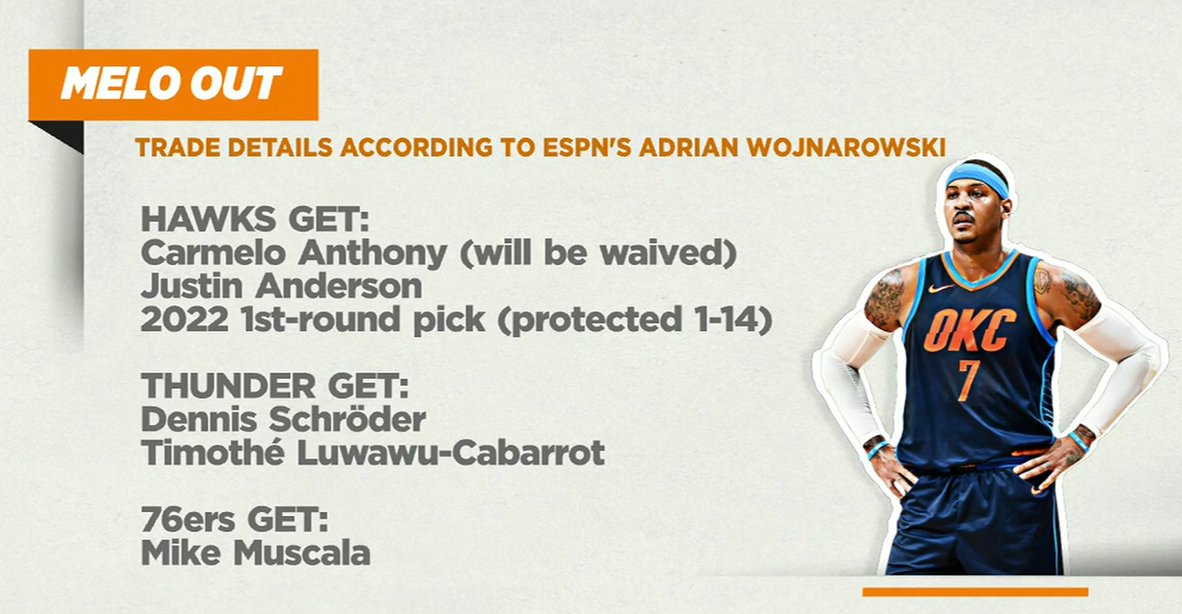 “Houston will be a better fit for him” – McMenamin

Any reason Melo isn’t first ballot hall of famer?
According to basketball reference, Anthony has a 92.8 percent probability to get into the hall of fame

“If you take three of them (from the list), he’s a hall of famer. But I think he’s in” – Youngmisuk

10 years ago today, @nate_robinson had his Summer League jersey retired.

The jersey hangs i̶n̶ ̶t̶h̶e̶ ̶r̶a̶f̶t̶e̶r̶s̶ on a gym wall above a fire alarm. pic.twitter.com/jrTwQZyRqr

“No. Absolutely not. That’s a rookie mistake by Masai” – McMenamin

“If you lie to my face, I have a major problem with that” – McMenamin

Are Thunder better than last year? 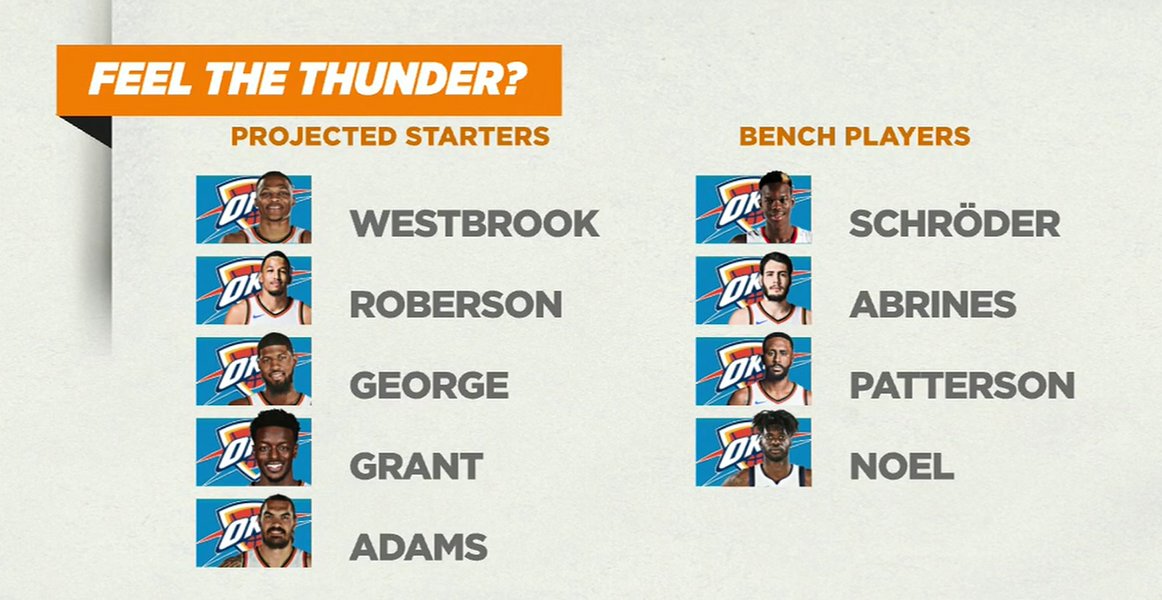 “I think they are. I still don’t know how this is going to fit as far as Schroder and Russ” – Youngmisuk

“I think they’ll be better just by virtue of Andre Roberson being healthy. That’s their best wing defender” – McMenamin 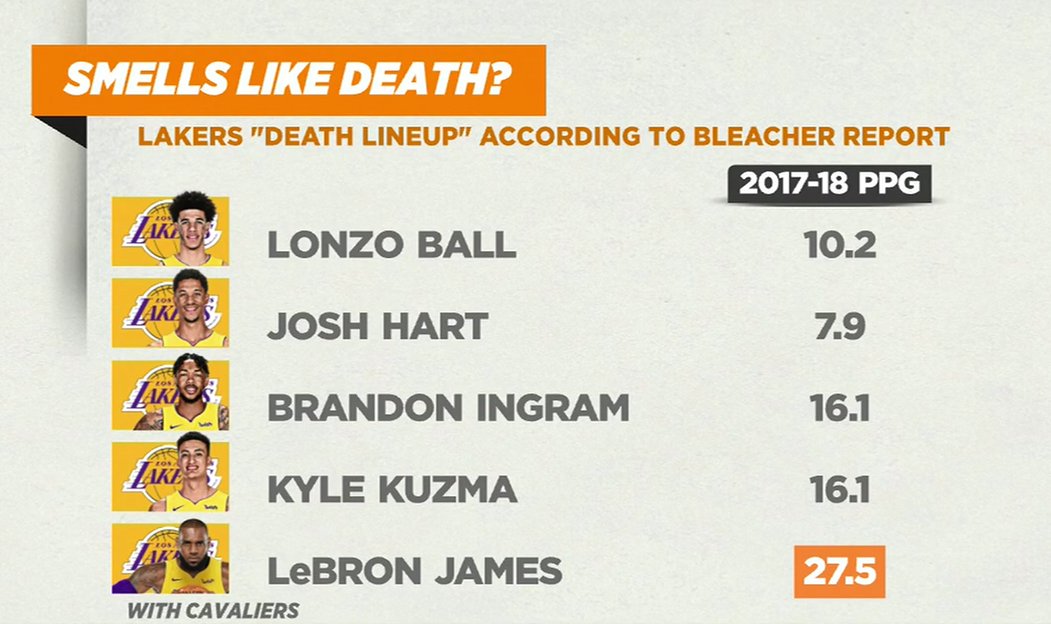 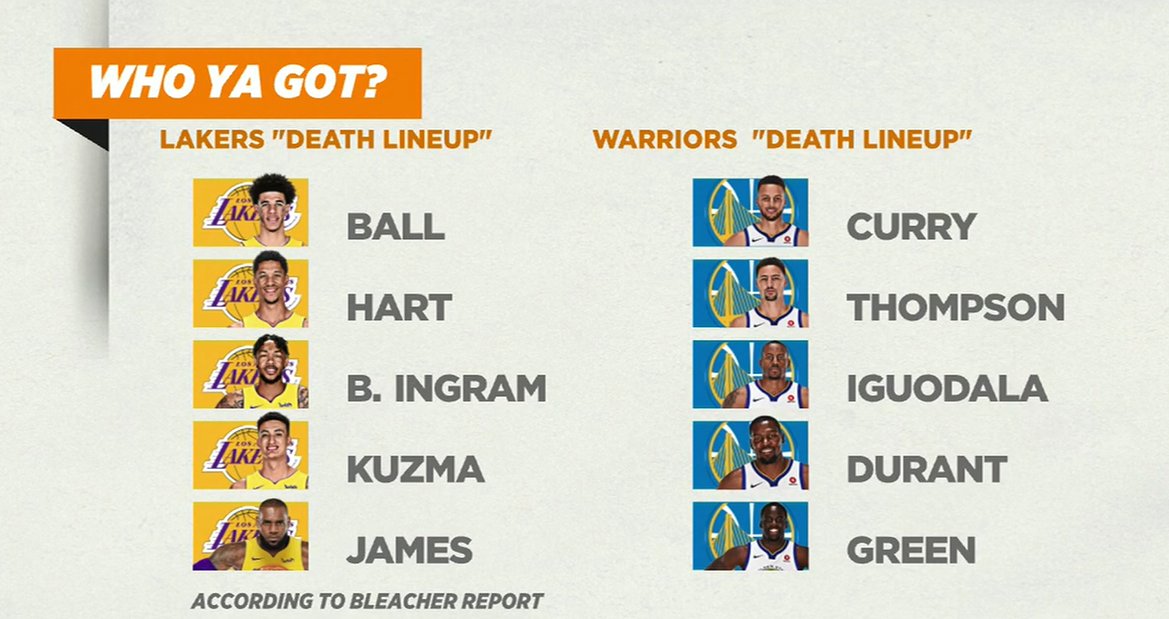 “I don’t think they’ll use this particular lineup. LeBron might play the 5 (center)” – Youngmisuk

“The lineup looks odd to me” – McMenamin

Subtlety; LeBron a good dance teacher for his daughter?

Art; Think Lakers fans will like this mural more?

There's a new Lakers mural in LA and it's 🔥 pic.twitter.com/3G8G7ifQkO

Laziness; How far can Donovan Mitchell take the Jazz?

Longevity; Happy we get another season of Dirk?

Ok with Yogi Ferrell backing out of Mavs deal?

“I understand it, but I don’t really like it” – Youngmisuk

Does Boogie really not care what people think?

“I think he cares to a certain degree” – Youngmisuk

How should Warriors use Boogie?

“He might not have to play until March” – McMenamin

Magic on Warriors: “They don’t keep me up at night” (Via Jimmy Kimmel Live)

“I love this. I love when Magic pounds his chest” – Youngmisuk

No hard feelings between Smart & Celtics?

Smart: "I was drafted here, I've been here my whole career and I feel like I'm a part of the Boston community. Boston is a second home to me."

“If they can get to where they can be, that would be fulfilling for him” – McMenamin

“This is the best team for him to be with” – Youngmisuk